By Barry Hoolbook: Promoter Kalle Sauerland says the weight for the Chris Eubank Jr. vs. Kell Brook mega-fight has been determined as well as the rehydration clause.

Kalle says they now have to agree to the purse split, and he feels that’s going to be the hard part in getting the 35-year-old Brook (40-3, 28 KOs) and Eubank Jr. to agree.

At this point, Sauerland says he views the chances of the Eubank Jr – Brook contest happening at “50-50,”, and whether it does take place will be decided next week.

Assuming Kalle is able to get the 32-year-old middleweight contender Eubank Jr (32-2, 23 KOs) and Brook to agree to the deal, he says the fight will take place in the summer in “June or July.”

When asked who is the “A-side” for the Eubank Jr-Brook fight, Kalle says that he feels that Eubank Jr. is the better known fighter in England.

Kalle’s belief that Eubank Jr. is the better-known fighter suggests that he’ll want the bigger split, which could make it difficult for the deal to be put together with Brook, who has accomplished more during his career as a former IBF welterweight champion.

In contrast, the only title Eubank Jr has captured during his 11-year professional career is the IBO super-middleweight belt, which is arguably a trinket strap and not one of the prestigious world titles.

“We met with them last week with Adam Smith and Ben. The weights are sorted, we’re there,” said Kalle Sauerland to Boxing Social on the Kell Brook vs. Chris Eubank Jr. fight.

“The rehydration is assorted, but there are a couple of other factors of putting on a big fight with two big names. So, we’re down to that part now, which I don’t think I have to spell out for you.

“Also, in terms of the rehydration, which makes it fair for both sides. Most importantly, safety first. Now, we get to the nitty-gritty of the numbers, so we’ll see where that takes us,” said Kalle.

It doesn’t sound promising that Kalle will be able to get Eubank Jr and Brook to agree to the purse split.

Unfortunately, both fighters have other options available to them for well-paying fights, so that will make it more arduous for Sauerland to get them to agree to a deal.

Again, it’s not a good sign that Kalle is openly hinting that he feels Eubank Jr. is the A-side in the fight with Brook because it’s unlikely that Kell will agree to be the B-side against the less accomplished fighter.

“I can’t say that here, I won’t say that until we have a signed deal,” said Sauerland to Intu Boxing when asked what the agreed-upon catchweight for the Eubank Jr. vs, Brook is for their mega-fight.

“The weight is in place, but as I said before, it’s not just the weight. It’s the money. I think Kell even went into an interview and came out and said, ‘Show me the money.’

“I think if you walked down the street and asked the people outside of Sheffield, the rest of the UK would say, ‘Eubank,’ by a long way,” said Kalle when asked ‘who is the A-side?’

“Kell is coming off a victory over Amir [Khan], which is a fight that had been talked about for some many years, and had a bigger effect than Eubank beating [Liam] Williams the week before, which was arguably a more competitive fight in the end. 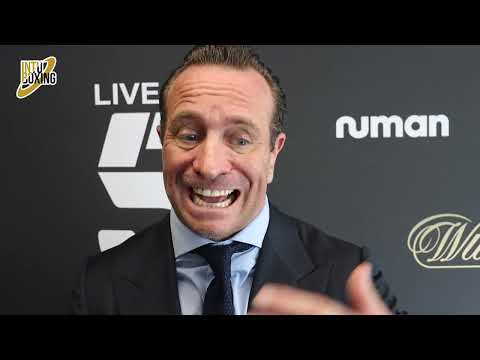 Canelo to face Beterbiev vs. Smith winner if Golovkin beaten by Murata »