Artur Beterbiev could fight as a Canadian against Joe Smith Jr. on June 18th

By Dan Ambrose: WBC president Mauricio Sulaiman says his organization is evaluating whether to allow Russian Artur Beterbiev to fight as a Canadian for his unification fight against WBO light heavyweight champion Joe Smith Jr. on June 18th in New York.

The World Boxing Council doesn’t certify fighters from Russia to fight for their WBC titles due to the Russian invasion of Ukraine.

In IBF/WBC 175-lb champion Beterbiev’s case, he’s from Russia but has been living & fighting out of Canada for the past 15 years.

The Beterbiev vs. Smith fight winner could face Mexican superstar Canelo Alvarez in 2023 in a lucrative battle for the undisputed 175-lb championship.

First, Canelo (57-1-2, 39 KOs) needs to defeat the current WBA light heavyweight champion Dmitry Bivol on May 7th. Like Beterbiev, Bivol (19-0, 11 KOs) is also from Russia, but he lives in Indio, California now.

“We will not sanction any fights in Russia, and no Russian citizens will fight for our organization’s titles,” WBC president Mauricio Sulaiman said to Reuters ahead of WBC heavyweight.

“He [Beterbiev’ has been in Canada for 15 years, he lives in Canada, his children were born in Canada, he has a Canadian passport and Canadian residency and a boxing license from Canada,” continued Sulaiman.

“So the WBC board is evaluating that specific case as we speak. We believe in what the world is doing, but we also have to look at specific cases and make justice prevail.”

It would be a huge disappointment if the WBC chooses not to certify the Beterbiev-Smith Jr. fight due to Artur being born in Russia, but that likely won’t prevent the contest from still happening.

Beterbiev still holds the IBF 175-lb title, so a fight between him & WBO champion Joe Smith Jr would be a tw0-belt unification instead of a three.

Many boxing fans view the two-time Russian Olympian Beterbiev as the #1 fighter in the 175-lb division, and he’s a guy that Canelo has an interest in fighting.

You can argue that Canelo has shown how much respect he has for Beterbiev by choosing to fight Sergey Kovalev in 2019 rather than him. Even back then, IBF/WBC champion Beterbiev was seen as the #1 guy at 175, but Canelo chose the 36-year-old Kovalev rather than him.

Moreover, Canelo could have picked Beterbiev for his next fight up to 175 but opted instead to fight Bivol. That move shows Canelo’s respect for Beterbiev, and it also reveals his careful manner in selecting his opponents. 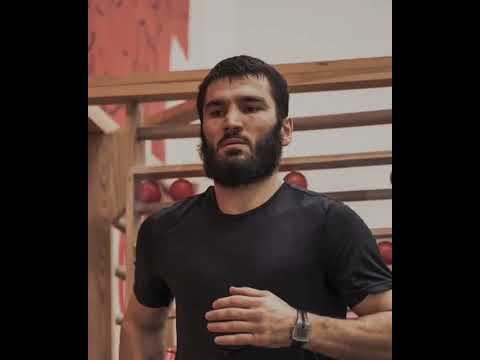