Canelo to face Beterbiev vs. Smith winner if Golovkin beaten by Murata

To face the Beterbiev vs. Smith winner for the undisputed light heavyweight championship in September, Canelo (57-1-2, 39 KOs) will also need to defeat WBA 175-lb champion Dmitry Bivol on May 7th in their fight at the T-Mobile Arena in Las Vegas.

With Beterbiev and Smith fighting in the summer, it’s not going to give the winner much time to recover before needing to jump back in the ring to fight Canelo on September 17th.

It’s unclear whether Reynoso has thought that part out of the equation, as he going to put the Beterbiev-Smith winner in a situation where they’re going to be going back into training camp almost immediately after their grueling fight.

That’s not exactly ideal, and reminiscent of what happened with former WBO light heavyweight champion Sergey Kovalev when he fought Canelo in November 2019.

Kovalev had fought a grueling war less than three months earlier against Anthony Yarde on August 24th, 2019, when he was selected to fight Canelo on November 2nd.

That left Kovalev with no time to recover from that fight, and then he had to deal with a rehydration clause that capped the fight day secondary weigh-in at 185 pounds.

It’s not going to be ideal for the Beterbiev-Smith winner to fight Canelo on September 17th if they’re depleted from their fight this summer. Sean Jones doesn’t see how either of them could return to the ring to fight Canelo at 100%.

Of course, if that’s the whole idea of Canelo being willing to fight the Beterbiev vs. Smith Jr winner in September, you can understand why he would. It gives the well-rested Canelo a tremendous boost against the winner of that contest.

Canelo has a far better chance of losing his interim fight against the unbeaten Bivol (19-0, 11 KOs) than Golovkin does against the 36-year-old Murata (16-2, 13 KOs), who is coming off a near 3-year layoff.

Reynoso isn’t saying what the plan-B option is if Canelo loses to Bivol and Golovkin defeats Murata on Saturday. Does Canelo still go ahead and fight Golovkin in September or does he take the risk of running it back against Bivol for a rematch?

Canelo will be taking a massive risk by fighting Bivol a second time if he’s schooled by the Russian in the way Floyd Mayweather Jr. did to him in 2013.

“We have some clauses in case Saúl does not go against Golovkin for things, there may be a cut, injury, accident, etc. So, if we win in May, we could have the doors open to make a fight against the winner of Beterbiv and Smith,” said Eddy Reynoso to ESPN Deportes.

“We have a good relationship with Bob Arum, and it’s a fight that I think is going to happen sooner or later.”

“We have to see how he looks against Murata. That fight is going to be the guideline to see what Golovkin offers against Canelo,” said Reynoso.

Well, Golovkin will likely destroy Murata (16-2, 13 KOs) without any problems on Saturday night at the Super Arena in Saitama, Japan.

Murata has never fought anyone remotely close to being an A-level fighter during his nine-year professional career, and we’ve seen him lose to Hassan N’Dam and Rob Brant.

The real question is can Canelo beat Bivol on May 7th? If not, Canelo & Reynoso are going to need to make an important career decision on whether to push for a rematch or move on.

They can always make excuses for not fighting Bivol again by telling the public that he priced himself out, and the casual boxing fans will believe it. But if Canelo wants to follow in the paths of the legends of the sport, he’ll face Bivol in a rematch and put his career on the line in that fight. 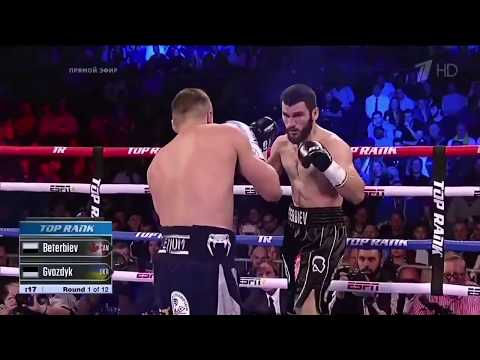