By Jim Calfa: Jaime Munguia has been offered a world title shot by PBC against WBC middleweight champion Jermall Charlo for June or July.

No Puedes Jugar Boxeo are reporting that #1 WBC Munguia has been offered the title shot by PBC against Charlo.

It’s a risky fight for Munguia, who didn’t look spectacular in his last two contests against D’Mitrius Ballard and Gabe Rosado.

The former WBO junior middleweight champion Munguia (39-0, 31 KOs) and his promoters at Golden Boy Promotions and Zanfer Boxing must decide on whether to face the unbeaten Charlo (32-0, 22 KOs) or potentially take the WBO route and battle the Golovkin-esque devastating puncher Zhanibek Alimkhanuly for the WBO interim 160-lb belt.

Munguia vs. Zhanibek has already been ordered by the World Boxing Organization, so a decision must be made soon by Jaime to avert a purse bid.

There’s a VERY real possibility that Munguia will reject both the Jermall Charlo title shot and the fight against the dangerous Zhanibek (11-0, 7 KOs) for the WBO interim middleweight title.

The fight that the 25-year-old Munguia and his promoters appear to want the most is a title shot against the aging soon-to-be 40-year-old IBF middleweight champion Gennadiy Golovkin.

It wouldn’t have been had Munguia fought Golovkin in May 2018 when he was one of the options for his fight in Carson, California.

At the time, Munguia was 21-years-old and had very little experience against world class opposition. Fortunately for Munguia, the California State Athletic Commission failed to approve him as an option for Golovkin’s fight.

Instead, Golovkin went with Vanes Martirosyan, who hadn’t fought in two years and was coming off a loss to Erislandy Lara in 2016. Golovkin easily defeated Martirosyan by a second round knockout in a mismatch.

For PBC to be offering Munguia a shot at Jermall, it strongly suggests that they believe this is a winnable fight for Charlo.

Look at it this way. Charlo will make a massive amount of money fighting Canelo Alvarez in 2023 as part of the two-fight deal PBC will be offering the Mexican star.

With the money that Jermall will make fighting Canelo, he can’t afford to take risky fights against opposition that could potentially beat him like Demetrius Andrade or Zhanibek.

For PBC to be offering Munguia a title shot against Charlo in June or July, it tells you that they don’t rate the Mexican slugger as a risk.

Munguia has received a lot of criticism from boxing fans for his glacially slow progress since moving up in weight to the 160-lb division in 2020.

Despite having offers for a world title fight against WBO middleweight champion Demetrius Andrade the opportunities to fight other viable opponents, Munguia has taken it slow, fighting five times in the last two years against these opponents:

It’s very likely that Munguia will reject both the Zhanibek and Charlo fights, choosing to continue his wait for a big-money title shot against IBF champion Golovkin.

With any luck, Munguia will get the Golovkin clash in late 2022, possibly in December if he’s recovered from his September 17th trilogy match against Canelo Alvarez.

Munguia and his promoters at Golden Boy and Zanfer Boxing aren’t going to want to mess things up by taking on Charlo or Zhanibek and getting beaten. It’s unlikely that Munguia would beat either of those guys, as he’s a limited fighter. 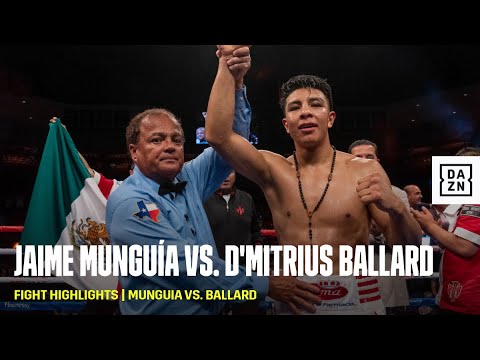 
« Gervonta Davis vs. Rolly Romero on May 28th on Showtime PPV