Benavidez has already volunteered to face Charlo, but there hasn’t been any interest on his part in facing the former two-time WBC 168-lb champion.

Hearn believes that Canelo’s May 7th title fight against WBA 175lb champion Bivol will be a huge fight, but it’s unclear whether it will match the interest from the Mexican star’s last two matches against Caleb Plant and Billy Joe Saunders.

“He’s the biggest star in the sport by a mile, and it’s a really good fight,” said Eddie Hearn to iFL TV on the Canelo vs. Bivol fight on May 7th. “When you look at Dmitry Bivol, you see a very fresh fighter and very talented motivated fighter.

“I think it’s going to be a really difficult fight for him [Bivol]. Canelo is up for it, Eddy Reynoso is up for it, and I can’t wait for May the 7th, T-Mobile Arena in Las Vegas.

It’s going to be a difficult fight for not only Bivol but also for Canelo because he’s facing a pure boxer.

Canelo hasn’t fought anyone with the movement and boxing skills of Bivol for a long, long time.

“Although I’ve been co-promoter before in events in Las Vegas, I’ve never been the lead promoter at the T-Mobile. I’ve done Mandalay Bay, MGM Grand with Devin Haney, but the T-Mobile will be a debut for us on Cinco de Mayo weekend.

“We’re going to blow the absolute roof off of Las Vegas that weekend and really good people. We’re lucky to be involved with Canelo Alvarez.

If Canelo doesn’t see value in fighting talented fighters like Benavidez & Charlo without them possessing titles, that’s his hang-up.

Those guys would likely beat everyone that Canelo has fought in the last four years, hands down.

“He likes to have fights where there is some kind of reward within it,” said Hearn when told that Canelo said that he wants David Benavidez and Jermall Charlo to fight each other to earn the match against him.

“Forget financial. It’s another thing where Canelo has done that; he’s won that. So when you talk about fighting Charlo or Benavidez, they’re voluntary defenses of his 168-lb title.

“The last time he had a voluntary defense was four years, I think,” Hearn said of Canelo. “So, I don’t think he sees the value in fighting them other than getting a payday or whatever. But with Bivol, it’s moving up and facing another champion.

“He’s got this obsession with fighting champions for their belts,” Hearn said about Canelo being belt-hungry. “It’s pretty easy to see.

“That’s his run, and it appealed to him,” Hearn said of Canelo’s obsession with winning world title belts. “With Gennadiy Golovkin, it was a bit different because he knows that’s the biggest fight in the sport, and that’s a fight he personally wants,” said Hearn.

Murata could face Canelo in September

It’s hard to imagine Golovkin losing to Ryota Murata on April 9th, as the Japanese fighter has already lost to Hassan N’Dam and Rob Brant.

Golovkin would have to be shot entirely for him to lose a weak champion like Murata, but anything is possible.

“I don’t think they personally like each other, but they’ve got to get through their next fights,” said Hearn.

“A big day for DAZN yesterday where you had May the 7th announced for Bivol, and also the April fight with Gennady Golovkin as well.

“So you’ve got a stacked March and April on DAZN, and if those two win, they’ll meet each other in September.

“Not contractually, but maybe,” said Hearn when asked if Ryota Murata will face Canelo on September 17th if the Japanese fighter defeats Golovkin on April 9th in their fight in Saitama, Japan.

“Look, the plan is for Canelo Alvarez to fight Dmitry Bivol and Gennady Golovkin, but anything can happen in boxing,” Hearn said.

“It’s a very tough fight for Canelo. It’s a fairly tough fight for Golovkin, but it’s in Japan, so anything can happen,” Hearn said of GGG’s match against WBA middleweight champion Murata (16-2, 13 KOs).

Bivol’s WBA title will be at stake

It would be a real disappointment for Canelo if the World Boxing Association chose not to sanction his fight with Bivol for his 175lb title.

Losing out on the chance to fight for Bivol’s WBA title would be a massive disappointment for Canelo, and he’s got to hope the sanctioning body doesn’t make that move.

“They [WBA] haven’t stripped champions as of yet. Personally, knowing Dmitry Bivol for four or five years and he’s worked his whole life for this moment, he lives in America pretty much.

“He’s got a visa and trains over here. There’s no real point in commenting on the situation because you can just never win. I understand both sides of the argument.

“It is a political argument, and I think Canelo summed it up best yesterday when he said, ‘I’m a fighter, I want to challenge the best.’

“So we’ll follow the guidelines of the governing bodies, and we’ll look forward to a great fight,” Hearn said of the Canelo vs. Bivol contest.

Canelo and Hearn need to be prepared for anything regarding the WBA choosing not to sanction the fight. It’s still a great fight regardless if Bivol’s WBA title isn’t available, so Canelo shouldn’t be too upset if it’s not at stake. 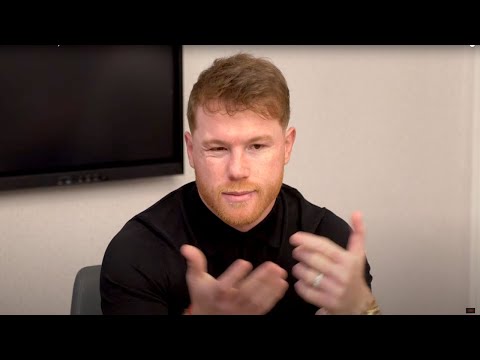 
« Eddy Reynoso: ‘It could be Makabu’ for Canelo in December