By Scott Gilfoid: Tyson Fury says Anthony Joshua is in a vulnerable place right now with his self-confidence at an all-time low, and he says if fights Oleksandr Usyk again, it’ll be the “final nail on his coffin” of AJ’s career.

Fury would prefer that Joshua NOT go ahead with his poorly thought out idea of taking the rematch with Usyk, and instead face him in what would be the biggest fight in British boxing history.

“Is it now? Are the public clamoring for a Ukrainian [Uksyk] who don’t speak English from a foreign country to fight me or are they clamoring for the biggest British showdown [Joshua vs. Fury] since Lennox Lewis vs. Frank Bruno?” said Fury to The Lowdown.

“I would say this [Fury vs. Joshua] is the better fight for the fans. I don’t think Joshua wants to fight him [Oleksandr Usyk] under any circumstances,” Fury said.

For some reason, Joshua is unable to snap out of it, and realize what he’s about to do with his career by facing Usyk in a rematch. Joshua is like someone that has jumped into a fast-moving river and is about to be taken over by a waterfall with a deadly 120-foot drop.

AJ is so caught up with not being seen showing weakness that he’s trapped, and being taken rapidly towards the falls. It’s too bad.

People like Fury want to save Joshua, but he’s not listening. He’s trapped, and interestingly his promoter Eddie Hearn isn’t trying to talk him out of his hair-brain idea of fighting Usyk again.

Joshua’s career will be over if he loses to Usyk

“I think he either gives up his position, which he could do, or roll the dice and fight him and I think he’ll get beat again, and then his career is over,” said Fury in predicting a loss for Joshua in his rematch with Usyk.

“He’s been from doing all these things and doing pretty well to being on the bottom of the pile now and he’s dancing to everybody else’s tune these days.

“That’s what happens when you lose favor with people, and you also lose your power and lose your belts and all that. Yes, I think his confidence is low and he’s very vulnerable at the moment. I think if he fights Usyk again, it’s his final nail in his coffin,” said Fury about Joshua.

A second consecutive loss for Joshua against Usyk would put him at three defeats in his last five fights, and it would be as clear as day that AJ is finished as a fighter at that point.

What would be Joshua’s options after a second defeat against Usyk? Stamp his feet and push for a trilogy match? That would be utterly wretched seeing Joshua rolling the dice again on another fool’s bet, thinking the outcome will be different. 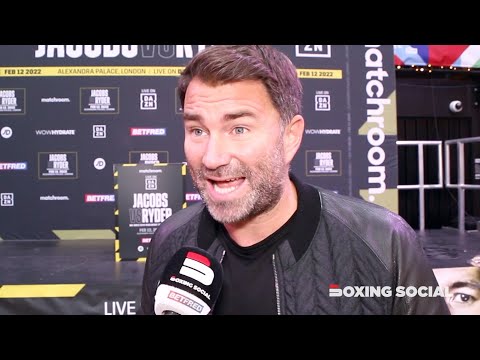