By Dan Ambrose: Keith ‘One Time’ Thurman a slim-looking 145.5 pounds on Friday for his comeback fight on Saturday night on FOX Sports pay-per-view against Mario Barrios (26-1, 17 KOs) at the Michelob Ultra Arena in Las Vegas, Nevada.

Thurman is about to find out destiny on Saturday night in terms of what he’s got left in his career. The 33-year-old Thurman is either going to shine in his comeback or wind up losing badly and being sent into retirement.

Does Thurman have anything left?

For weeks, Thurman has talked about himself as still being among the elite at welterweight, and it seems obvious that he doesn’t quite understand that he needs to prove himself. Whatever Thurman was five years ago, that person is gone.

Not only has Thurman aged and changed, but the welterweight division has dramatically changed as well. The fighters that Thurman competed with years ago are either retired or over-the-hill fossils of a bygone era.

As long as Thurman has a realistic view of what he’s capable of accomplishing in his comeback, he shouldn’t be disappointed when he fails to recapture his world titles.

This writer hates to say it but the chances are high that Thurman will lose to Barrios on Saturday night. Once that happens, Thurman will need to decide what he wants to do.

He can certainly stay in the game and play the B-side like other former world champions like Adrien Broner, Danny Garcia and up until recently, Shawn Porter played.

“I’m ready for any champion after we get past Mario Barrios,” Thurman continued. “I fought practically all of 2019 one-handed. My hand was never the same.

“You might not have ever seen the same style from Keith Thurman, but I would have made adjustments, and I would have fought my career out to the end. I’m a warrior, I’m a fighter,” said Thurman.

Thurman sees himself as a modern gladiator

‘One Time’ Thurman compares himself to one of the ancient Roman gladiators that competed from 105 BCE to 404 CE before the Roman emperor Constantine put an end to the brutal life & death contests.

The average gladiator’s life was bitter and short, filled with pain & suffering. You didn’t see millionaire gladiators taking three years off between contests like Thurman.

The average gladiator’s career ended in the mid-20 with their deaths or injuries. As you’d expect, you didn’t see too many 33-year-old gladiators because, like boxing, it was a young man’s sport.

“We just saw Gary Russell Jr. fight with an injury, and that’s just how it is,”  said Thurman. “We want to be in the firefight, and we want to be on stage, we want to be champions.  Even if we’re not in an optimal situation, we’re going to take the risk.

“That’s the gladiator [mentality],” said Thurman. “They didn’t ask the gladiators,  ‘How do you feel today?’ They said, ‘Come on, get out there. It’s time to go.’ Luckily, we have more freedom than they did during that generation.

“The spirit within us is the same and that’s the spirit of the warrior. If you don’t see Keith Thurman, I don’t blame any analytical person for putting a question mark on Keith Thurman. ‘Is he really this? Is he really that? His wife, his baby now, he’s practically a Hall of Famer now. Maybe he’s done?’

“That’s how the mind works. That’s how an analytical approach should sound like. But I love boxing and I don’t think people understand my love for boxing,” said Thurman.

“I even told my wife that I was ‘married to the game before I married you.’ For me, win, lose or draw, every time Keith Thurman steps foot in the ring, he’s living his dream.

“I know my skills and capacity as one of the greatest welterweights in the welterweight division today. I just want to continuously show that, and that’s where my fire and my flame is,” Thurman said.

‘One Time’ admits he lacks the hunger

“I don’t have the same hunger as I was when I was younger when I was coming up the ranks. ‘Recognize me.’ I’m recognized [now],”  said Thurman.

It’s obvious that Thurman no longer has the same hunger that he once did, which is why he’s been out of the ring for close to three years.

If Thurman were a true gladiator, he would have stayed in the games until the bitter end, fighting with debilitating injuries as they did in the past.

“It shifts but it doesn’t change the overall intention of being the greatest fighter I can be to put on some of the most exciting fights in the welterweight division today,  tomorrow, and the next day.

“That’s what Keith Thurman is all about, and that mindset will never change,” said Thurman. 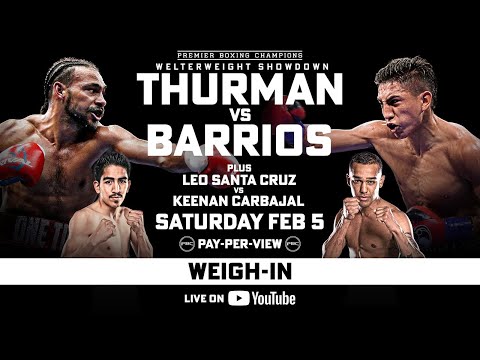