By Sean Jones: Canelo Alvarez is reportedly close to agreeing to a 2-fight deal with DAZN and Matchroom Boxing promoter Eddie Hearn to face Dmitry Bivol on May 17th at light heavyweight and Gennadiy Golovkin in a trilogy match on September 17.  Canelo’s deal is still not done yet, but it’s close.

Going up to 175 to challenge unbeaten WBA light heavyweight champion Dmitry Bivol on May 7th will be risky for Canelo, as the Russian fighter is still young at  31 and seemingly in his prime.

When Canelo fought at 175 in 2019, he fought then 36-year-old WBO champion Sergey Kovalev, who was faded a mere shell of the fighter he’d been seven years earlier.

Bivol (19-0, 13 KOs) will have an excellent chance of beating Canelo, getting his two-fight deal with DAZN off to a bad start. The unbeaten WBA 175-lb champion Bivol has excellent boxing skills, good power, and the technical ability to give Canelo fits.

In his best career performance, Bivol easily beat Joe Smith Jr. by a one-sided 12 round unanimous decision in 2019. If that version of Bivol shows up on May 7th, Canelo will likely go down to his second defeat, as long as there’s no controversial scoring. 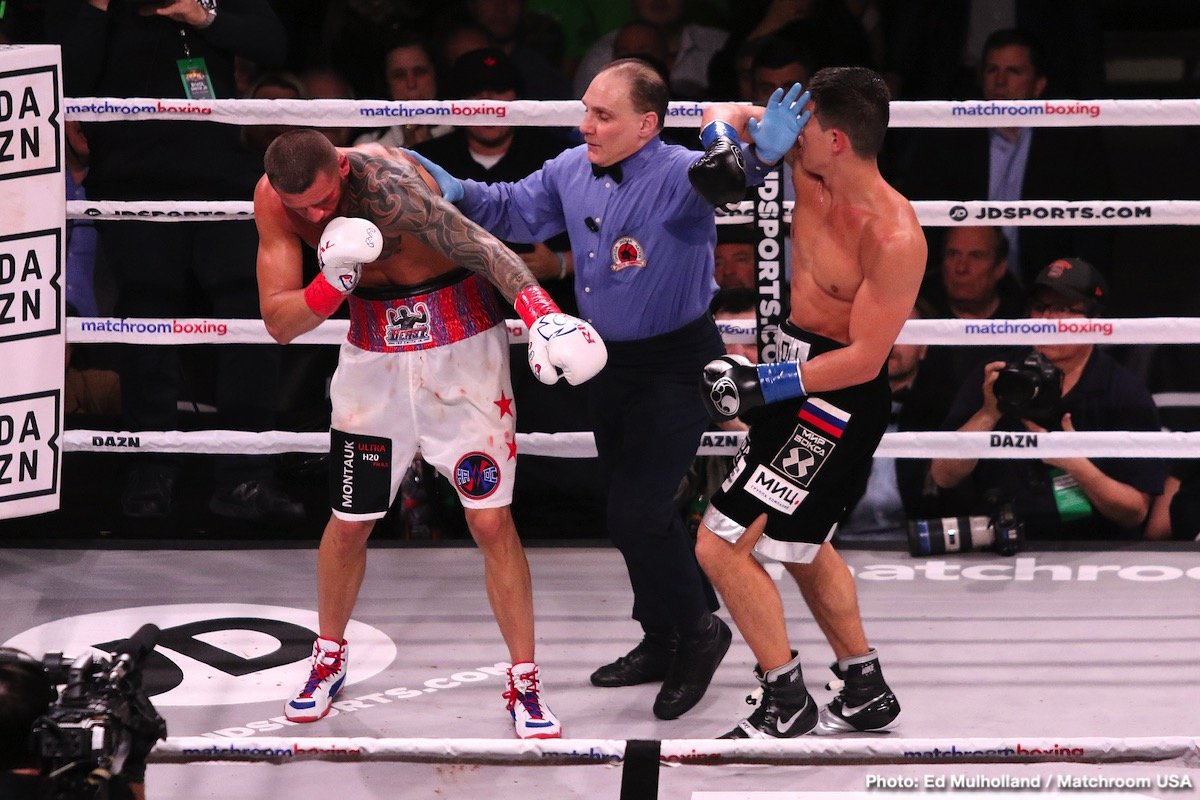 Those two were supposed to fight last December, but the match was postponed due to COVID restrictions for Japan.  According to ESPN, Golovkin will need to win his fight with Murata to move ahead to face Canelo on September 17th.

If Golovkin loses to Murata, the Canelo trilogy is off. Talk about a pressure situation. When Golovkin was still active, it would have been a slam dunk for him to beat Murata, but he’s only fought three times in the last four years since 2018.

With that kind of inactivity, it’s not a given that Golovkin will beat Murata. It’s Golovkin’s fault for not staying active with his career, but hopefully, he has enough left in the tank at 40 to get past Murata to face Canelo in September.

The loser in this deal is Jermall Charlo of PBC, as he’d been the fighter that had been liked as a potential opponent for  Canelo’s next fight on May 7th.  In the end, promoter Hearn got his way with Canelo agreeing to the two-fight deal that he’s offering for the Mexican star to face Bivol and Golovkin.

Mike Coppinger reports that Canelo would have gotten in the neighborhood $45 million for the Jermall Charlo fight on May  7th. That was the one-fight off being made to him from Al Haymon of PBC.

As popular as Charlo is, we’ll likely see Canelo face him in 2023, if not in late 2022. There’s too much money on the table for Canelo to make fighting Charlo for him not to take the fight sooner or later.

In other words, of all the top fighters that the boxing public wants to see Canelo fight, Jermall is viewed as the most winnable fight for the Mexican star. Hence, we’ll soon see Canelo fight him, as long as he emerges from his two-fight deal this year unscathed.

Boxing fans will be pleased with finally getting a chance to see Canelo face the highly popular Golovkin (41-1-1, 36 KOs) in a trilogy match after waiting four years for the fight to take place.

NEWS:   Beterbiev picks Bivol over Canelo for next fight

It’s too bad that Canelo waited until Golovkin was in his 40s before finally facing him in the trilogy match. There’s no word yet whether Golovkin will go ahead with his previously planned unification fight against WBA middleweight champion Ryota Murata.

There’s no word whether Canelo can opt-out of his two-fight with DAZN if he loses his fight with Bivol on May 7th.

Assuming Canelo won’t pull out of the 2-fight deal after his fight with Bivol in May, he’ll then face Golovkin on September 17th in a battle that could take place in Mexico in a large stadium in Mexico City.

That’s where Canelo’s trainer/manager Eddy Reynoso spoke recently of wanting him to compete for his second fight in 2022.