Boxing Results: Zaur Abdullaev Stops Jorge Linares in the Final Round in Russia! 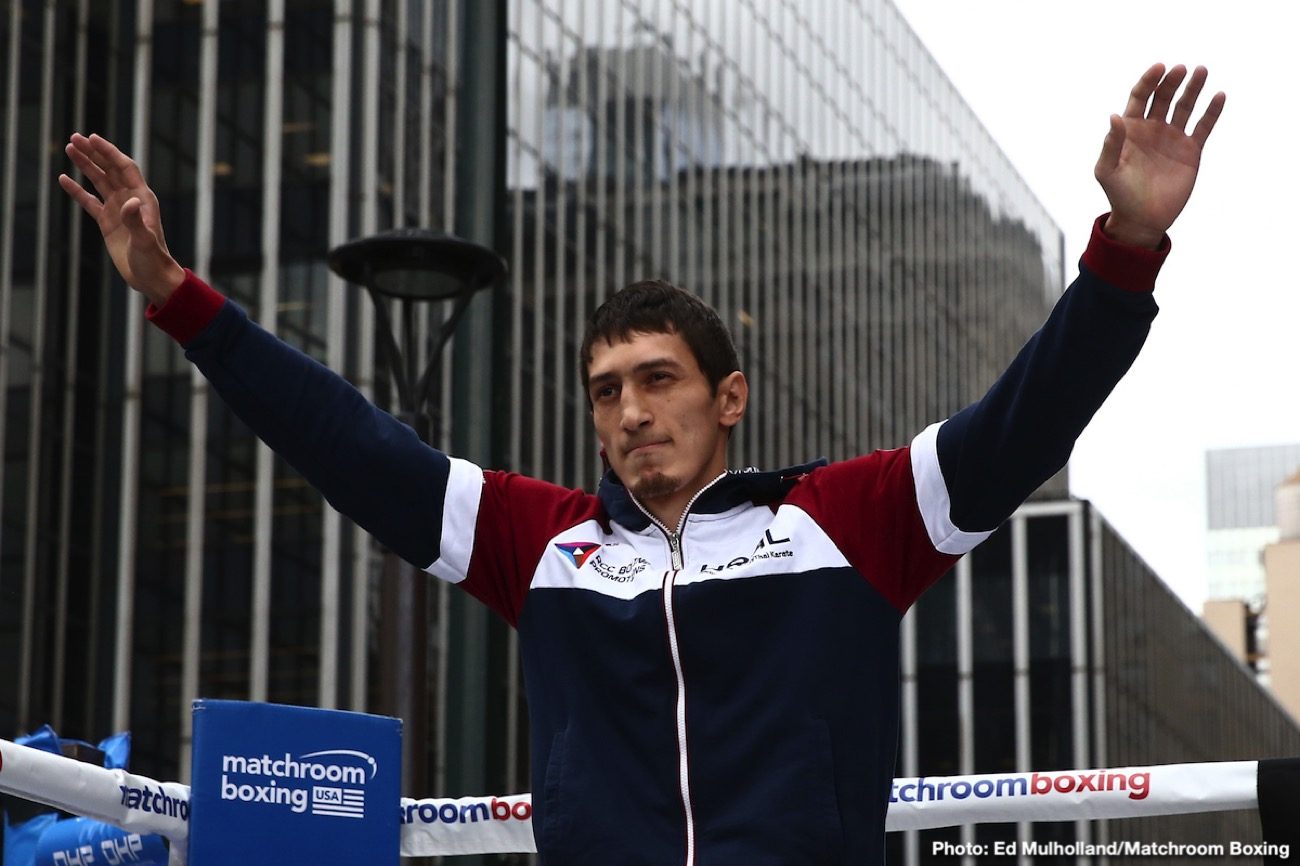 By Ken Hissner: At the RCC Boxing Academy at Ekaterinburg, Russia, German Titov (Titov/RCC Boxing Promotions) presented in the Main Event WBC Silver Lightweight champ Zuar Abdullaev of Ekaterinburg, Russia, stopped former 3-division world champ Jorge Linares of Barinas, VZ, in the twelfth and final round with a pair of knockdowns forcing the referee to wave it off. This was a mandatory bout for WBC champ Devin Haney’s title.

In the first four rounds, Linares used a good body attack, especially with the left hand. His jab got through the peek-a-boo style of Abdullaev. In the fifth round, Abdullaev used an effective jab and seemed to take the round. In the sixth round, Abdullaev had his best round up to this point.

In the eleventh round, it was close, with Abdullaev finishing the stronger of the two. In the twelfth and final round, Linares was ahead midway, but Abdullaev slowly got the upper hand as Linares faded. Abdullaev finally finished Linares in the final stanza, dropping him twice and getting a referee’s stoppage.

This writer had Linares up 105-104 after eleven rounds. The ESPN+ network went off, not showing the final round, and I had to go to www.fightnews.com to get the result.

In the first round, Urvanov did the better of the two coming forward. In the second round, halfway through a right from Rodriguez on the chin of Urvanov hurt him. Rodriguez continued landing more. From the third through the sixth rounds, Urvanov continued using an effective jab and beating Rodriguez to the punch.

In the seventh round, Urvanov seemed to do well but was caught in the final seconds from a right by Rodriguez. In the ninth round, Rodriguez had his best round of the match, landing rights to the chin of Urvanov. In the tenth and eleventh rounds, Urvanov continued to pull away from Rodriguez in scoring. In the twelfth and final round, Rodriguez did his best to land the right hand bomb but couldn’t pull it off though taking the round.

In the first round, it was even until, with forty seconds left in the round, Robutti landed a three-punch combination, rocking Yunovidov. In the second round, Yunovidov boxed well, getting the better of it. In the third round, a right hook from Robutti on the chin of Ynovidov had him hurt, causing a glove to touch the canvas with the referee giving him a standing 8-count. He recovered well the rest of the round.

In the first round Kushitashvilli in the final forty seconds, knocked Segun down with a right on the chin for an 8-count from Referee Roman Petrov. Kushitashvilli hit Segun after the bell, almost knocking him down. In the second round, Kushitashvilli landed four rights on the chin, dropping Segun to the canvas causing referee Petrov to wave the fight off. No time was given by the commentator or ring announcer.

In the first round, Petrosian was the aggressor, but Kozlovsky countered him well enough to take the round. In the third round, it was close, with Petrosian switching to southpaw and back, earning him the round. In the fourth round, Kozlovsky did well but, near the end of the round, received a cut on his right eyebrow.

In the fifth round, it was another close one, with Petrosian having an edge outworking Kozlovsky. In the sixth through the eighth rounds, Kozlovsky countered well and ended the rounds the better of the two.
In the ninth round, Kozlovsky’s hand and foot speed kept in one step ahead of the aggressive Petrosian. In the tenth and final round, Kozlovsky seemed to have the win as Petrosian didn’t fight a desperate round going for the stoppage.

The commentator didn’t give the scores, and the ring announcer did not show. This writer had it 98-92 Kozlovsky.