Rungvisai vs. Cuadras 2 replaces Vargas vs. Smith in headliner on Feb.5th on DAZN

By Jeff Aronow: In a significant improvement for the February 5th card, former super flyweight champions Carlos Cuadras and Srisaket Sor Rungvisai will be replacing the Jessie Vargas vs. Liam Smith fight in the main event on DAZN at the Footprint Center in Phoenix, Arizona.

“Srisaket and Carlos promise to be another brilliant Super-Flyweight World title battle,” said Matchroom Boxing promoter Eddie Hearn. “Carlos got the better of Srisaket in their first fight seven years ago – and there’s no doubt in my mind that this will be a real fan-friendly war with so much at stake.

Eight years ago, Cuadras beat Rungvisai by an eight round technical decision in May 2014 in Mexico. The fight was halted because Cuadras suffered a nasty cut over his left eye, making it necessary for the match to be stopped.

It was a good game plan that Cuadras had for that fight, using a lot of movement and an in & out attack to win rounds. Cuadras knew better than standing in front of the heavy-handed Rungvisai and trying to trade with him the way that Roman ‘Chocolatito’ Gonzalez did in his two fights with the Thai fighter.

Rungvisai looked like he was coming on at the time of the stoppage eight years ago against Cuadras, and it’s possible that he could have won had the fight gone into the championship rounds. 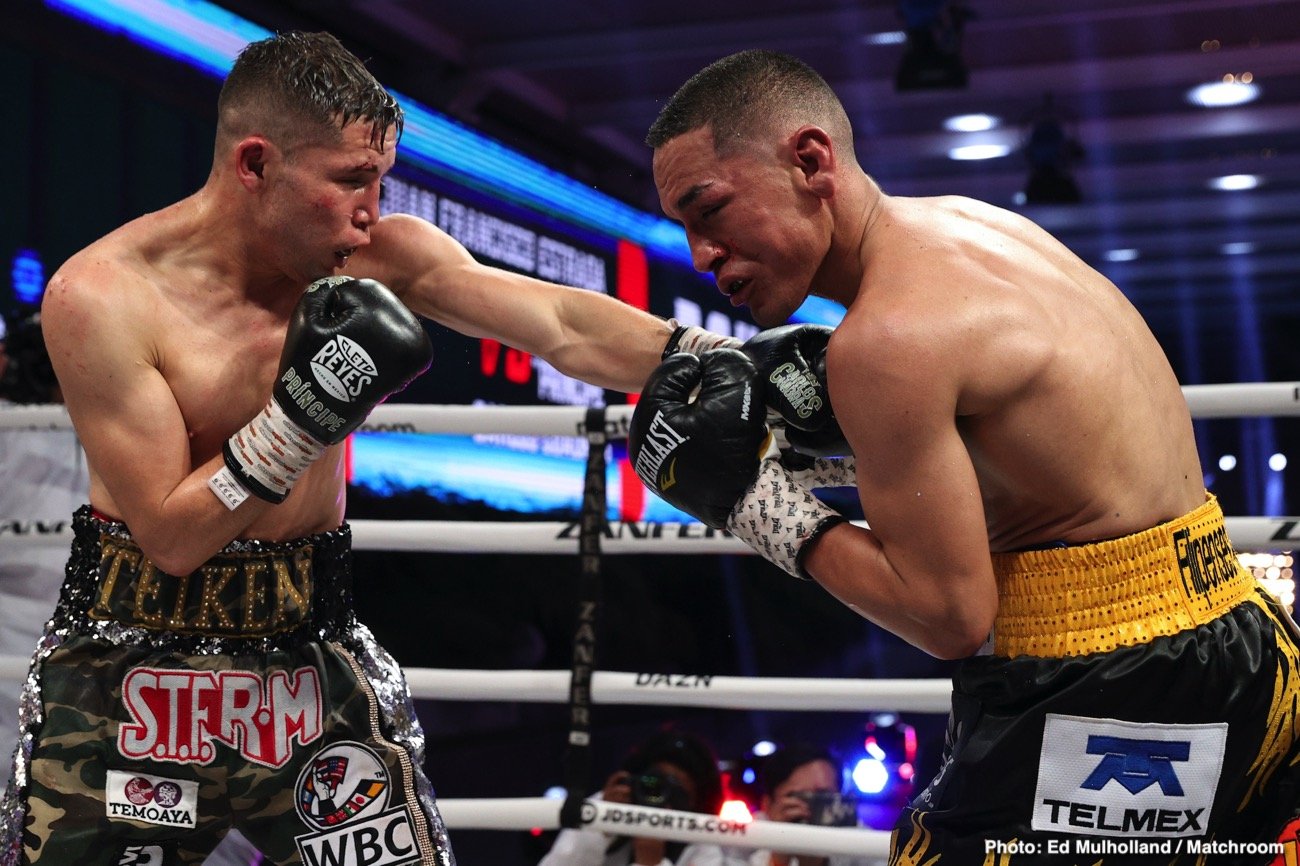 Cuadras’s blueprint for beating Rungvisai was followed by the letter by Estrada, who used movement and in & out attacks to defeat the Thai fighter in their rematch in April 2019.

Rungvisai had beaten Estrada by a 12 round majority decision in their first fight in February 2018. Juan Franciso made the mistake of standing directly in front of the Thai fighter.

We’ll see if Cuadras can pull his old game plan out of mothballs to employ the strategy for his rematch with the 35-year-old Rungvisai.

That’s probably Cuadras’ only chance of beating Rungvisai because if he stands in front of him, he’s going to get chopped apart. Rungvisai hits too hard, and his game is centered on him slugging it out with his weaker foes.

Since losing his rematch with Estrada in 2019, Rungvisai has won his last three fights, albeit against low-level opposition.

The 33-year-old former WBC 115-lb champion Cuadras’ once-promising career has gone downhill since his loss to Chocolatito in 2016.

Since that fight, Cuadras has twice lost to Juan Francisco Estrada and been beaten by McWilliams Arroyo. In his last fight, Cuadras was stopped in the eleventh round by Estrada in October 2020 in Mexico City, Mexico.

The World Boxing Council recently elevated Estrada to Franchise champion at 115, which frees him up to defend his WBA 115-lb title against Roman ‘Chocolatito’ Gonzalez on March 5th in San Diego, California. 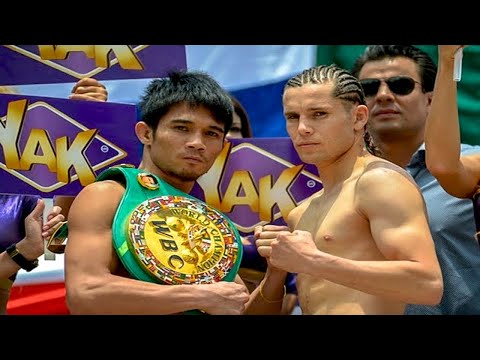 If not for the WBC making this move, Estrada (42-3, 28 KOs) would have had to defend against #1 WBC Rungvisai in a trilogy match.

There’s nothing wrong with that fight, but the boxing public would much rather see the trilogy match between Chocolatito and Estrada right now. The winners of the Rungvisai vs. Cuadras 2 and Estrada vs. Chocolatito 3 fights are expected to meet for a two-belt unification at super flyweight later this year.

The Vargas-Smith fight was postponed because the 32-year-old former two-division world champion Vargas came up positive for COVID 19.

That wasn’t a great fight, though, as Vargas is way past his prime and no longer relevant.

That fight didn’t rate being put in the main event because the match winner has virtually no chance of dethroning WBO 154-lb champion Brian Castano.

Mauricio Lara vs. Emilio Sanchez on March 5th on DAZN in San Diego »