There are a  lot of things that still need to fall into place in terms of step aside deals for Anthony Joshua and Dillian Whyte that need to be agreed on.

Joshua’s denial of a 15 million pound step aside deal on Monday, which had been reported by The Telegraph, seems to suggest that he’s resistant to that idea. He seems to want the rematch with Usyk.

Without Joshua stepping aside, there’s no chance for Usyk (19-0, 13 KOs) to face Fury for the undisputed championship in May.

The agitated-looking Joshua made it obvious that he was not going to step aside no matter how much money is offered to him. In other words, Joshua’s ego is more important to him than the money he would receive for a step aside.

Fury’s preparation for Usyk will be key

“I can tell you this after the fight takes place. There’s no guarantee,”  said Alex Krassyuk to Boxing Social on whether Tyson Fury would be a harder fight for Usyk than a rematch with Anthony Joshua.

“From a theoretical side, it might be a more difficult fight for him,” continued Krassyuk on his belief that Fury will be a tougher fight for Usyk than Joshua.

“If we look at Tyson Fury’s fights in the last five years, it all depends on how good he prepares. If we take his last fight against Deontay Wilder, his third fight, his boxing skills were not on the highest level.

“This man, you can remember his fight with Wladimir Klitschko [in 2015]. It was probably one of his best performances on a technical side,  on tactics, on the strategy of the fight and he outboxed him.

“So, this man is the man of the mood and motivation,” said Krassyuk about Fury. “I think if he’s well-motivated and well-prepared, he can cause some troubles to Usyk.

“But he never faced anyone like Usyk in the boxing, never ever, and that will be the biggest challenge for him,” Krassyuk said.

Fury has gone downhill as a fighter since switching out Ben Davison in favor of Sugarhill Steward.

The American coach has turned Fury into a fat mauler, who gets hit a lot and shows very little movement or boxing skills. If you look at the before and after version of Fury since Steward was added, it’s shocking.

The version of Fury that we’ve seen in his last two fights will struggle against the highly mobile Usyk, who won’t allow the Gypsy King to maul him like the stationary Deontay Wilder did.

“We go with the flow. It’s very difficult to push so many parties for timing, but normally, I think at the beginning of February or the middle of February, we have to get the final decision,”  said Krassyuk

“So your question regarding Dillian Whyte,” said Krassyuk. “He’s the mandatory challenger, and he’s the interim WBC champion, so he has the right to fight Tyson Fury next.

“There’s also a date for the purse bid, which is on Wednesday.  Normally, we should get another extension because the negotiations are in progress.

“He’s got his chance, so he should try to get the maximum of his position,” said Krassyuk about Whyte. “Without Dillian Whyte, this spectacle cannot take place.

“He’s playing a considerable role in it, and he’s one of the men that can influence the final scenario. Definitely, yes,” said Krassyuk when asked if Whyte has to accept a step aside too for this whole situation to work.

Given Joshua’s attitude, it’s doubtful that he’s going to step aside for Fury vs. Usyk to take place. 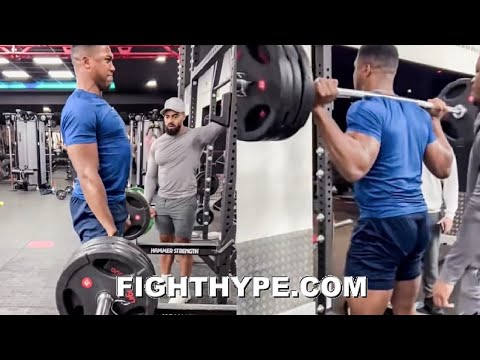 
« Ryan Garcia says George Kambosos should fight him next