Bivol (19-0, 11 KOs) would be a brutal fight for Canelo, as he’s big, strong, and not a stationary fighter like the guys he’s been fighting in the last nine years.

It would be a massive test for Canelo to take on Bivol, who easily beat Joe Smith Jr in 2019. How Bivol handled Smith, you’d have to make Canelo the underdog against him.

Hearn says he’ll be sitting down with Canelo (57-1-2, 39 KOs) and his trainer/manager Eddy Reynoso next week to discuss their next fight day on May 7th. During that meeting, Hearn hopes to convince the Mexican superstar Canelo to go with his two-fight offer to fight on DAZN next.

When asked if he’d heard of the counteroffer from Premier Boxing Champions for Canelo, 31, to fight one of their guys possibly, Hearn said he’d not heard.

ESPN  reported on Wednesday evening that PBC had offered Canelo a one-fight deal for him to face Jermall Charlo next for his May 7th fight. That would be a pay-per-view fight likely to be shown on SHOWTIME.

“Eddy Reynoso and Saul have started about their next fight,” said Eddie Hearn to iFL TV on Canelo Alvarez’s next match on May 7th. “We put our thoughts forward. 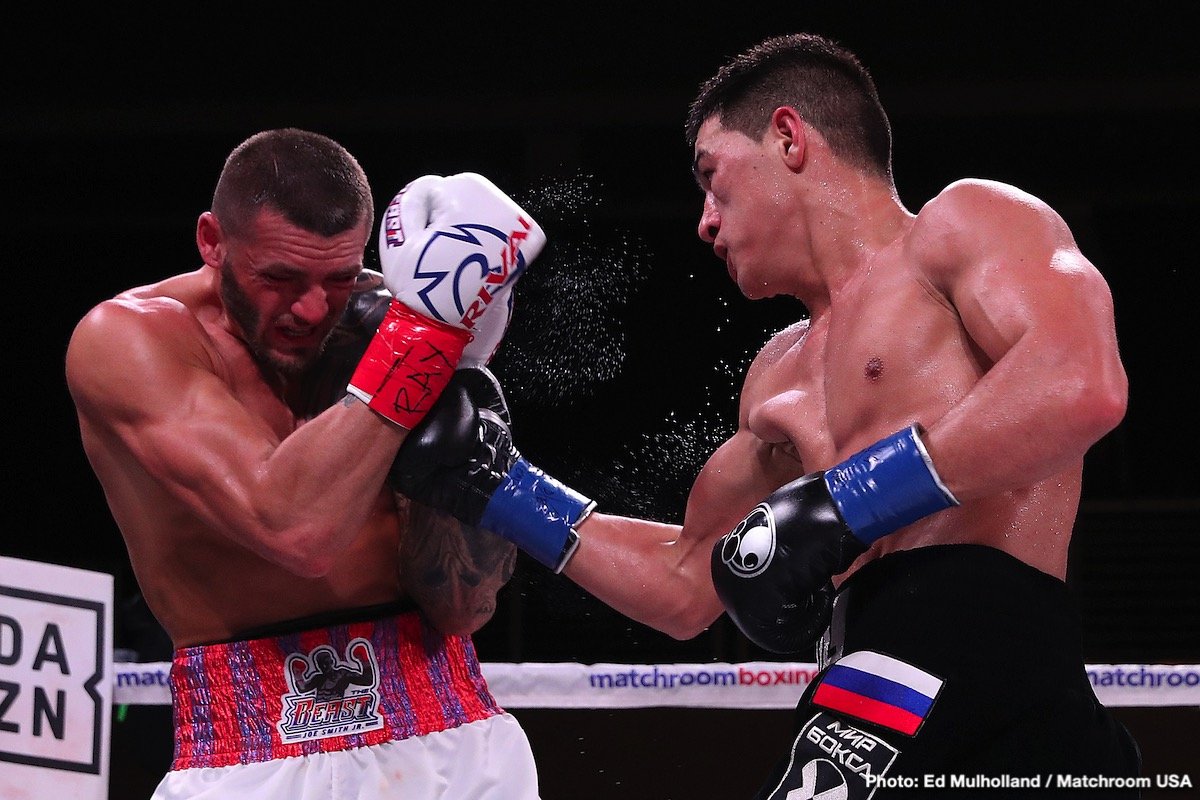 “I’ll head out next week to see Saul and Eddy and have a sit-down and chat with them and see what they think,” said Hearn about Canelo.

“I always say that he will take the option that he and Eddy Reynoso want and the one that motivates them enough and gets them excited. Hopefully, that’s the one with us and DAZN.

“It’s two fights that we’d be interested in looking at for DAZN, yeah,” said Hearn when asked to confirm the report from Wednesday that Matchroom Boxing is offering Canelo a two-fight deal for him to face Dmitry Bivol on May 7th and Gennadiy Golovkin on September 17th.

“I have no idea,” Hearn said when asked if Canelo had received a counteroffer from  PBC’s Al Haymon.

Canelo might be better off accepting the fight with Jermall Charlo (32-0, 22 KOs) instead of taking on Bivol and Golovkin in a one-two punch situation. If things don’t work out for Canelo, he could very well lose both of those fights and see his career devastated.

Many boxing fans believe that Canelo was given a gift draw in his first fight with GGG and another massive gift in his win in the second match. Assuming that the scoring makes sense this time, Golovkin could beat him.

Bivol is so technical that he could potentially box Canelo’s head off and make it so one-sided that the judges could mess up the scoring for the fight as many believe they did in both of the Mexican star’s fights with Golovkin.

GGG could be the deal-breaker

If Canelo doesn’t want a third fight against Golovkin due to the bad blood that exists between them, Alvarez will probably reject Hearn’s two-fight offer for him to fight on DAZN twice in 2022.

Unfortunately, Canelo has shown no interest in fighting Demetrius Andrade, who Hearn promotes, so he can’t stick him in there as a replacement for Golovkin.

If Canelo was the type of old-school fighter willing to face anyone, Hearn could replace Golovkin with Andrade as easy as pie.

However, a school fighter like Sugar Ray Robinson would never reject a fight with Golovkin, mainly if it made him more money than fighting anyone else. Canelo isn’t an old-school fighter.

Oleksandr Usyk manager fires back at Fury, says they agreed to “terms and conditions” »