Golden Boy working on Ryan Garcia vs. Isaac Cruz for March or April

If the bout gets made, this will be the first fight back for Ryan after suffering a hand injury that recently derailed his scheduled battle with Joseph ‘Jojo’ Diaz Jr.

According to Chris Mannix, Golden Boy isn’t in favor of the Garcia-Cruz fight because Ryan is coming off a hand injury and a long 1+ year layoff.

Facing a guy with a strong chin like Pitbull Cruz could be bad news for Ryan because if he doesn’t knock him out early with his powerful left hook, as he’s done most of the 21 opponents he’s faced during his five-year professional career, he could be in for a grueling fight.

If Golden Boy doesn’t want this fight, it’ll be interesting to see if something will go wrong in the negotiations that will result in it not happening.

Garcia needs a win over Pitbull

Ryan needs a win over Cruz to redeem himself for pulling out of two fights in 2021 and failing to face Devin Haney and Gervonta Davis after he said he would beat them both.

For Ryan to legitimize himself in the eyes of the doubting boxing public, he must face Pitbull and defeat him. 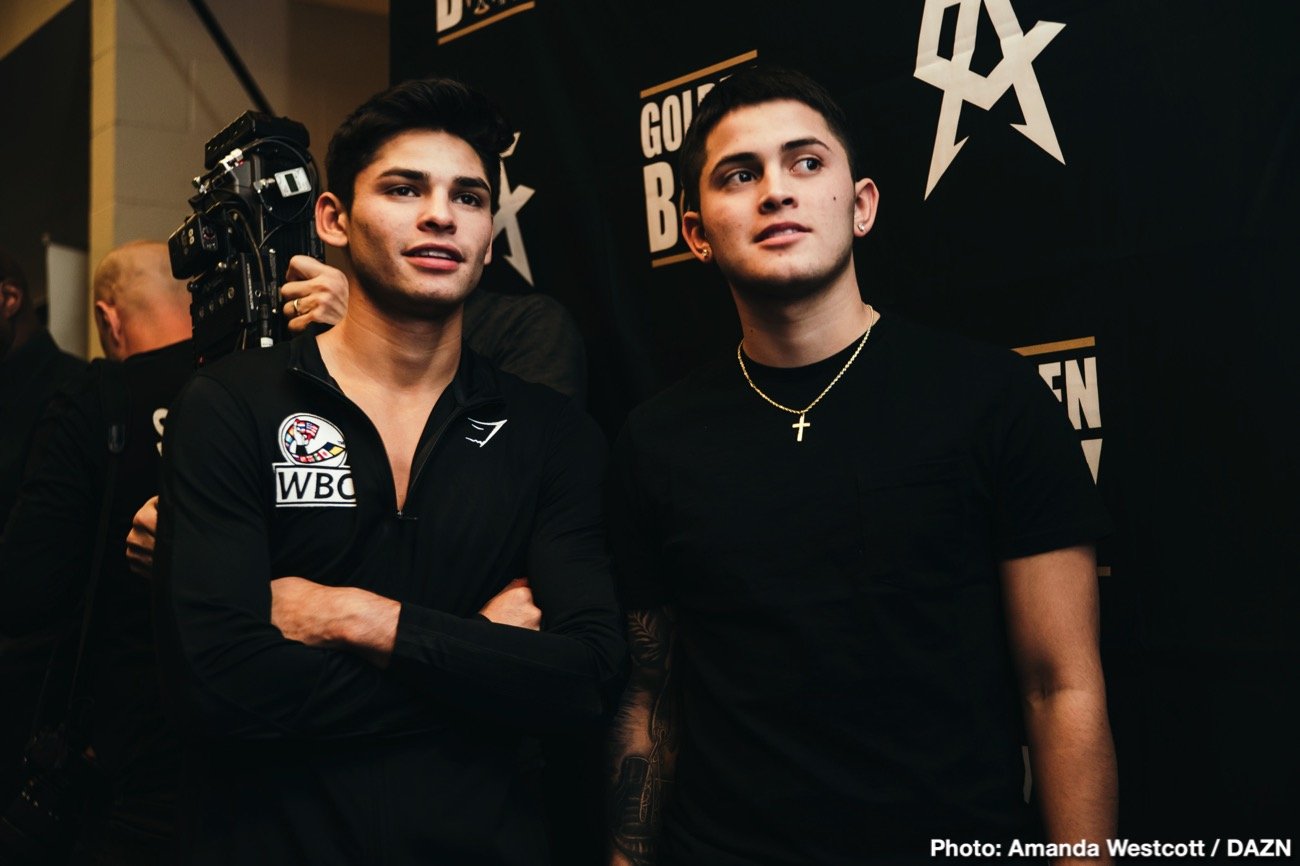 A devasting knockout victory for Ryan will restore the fan’s faith in him, which they’ve lost in high numbers this year.

Fans have become increasingly frustrated with Ryan Garcia’s habit of calling out top fighters and then failing to produce the goods by sticking it out to face them.

Ryan’s repeated failures to face the guys that he calls out has given the fans the perception that he’s full of hot-air, flighty, and not someone that can be counted on to back up his bold talk.

Moreover, many boxing fans view Ryan as a preening, primping Instagram fighter, someone who pumps himself up on social media as an elite boxer but has no real intention of ever facing quality guys, ever.

Cruz took the fight to Davis, pressuring him all night long and hitting him to the body. In the championship rounds, Tank (26-0, 24 KOs) injured his left hand after hitting Pitbull with a shot on the top of his head.

From that point on, Tank was fighting one-handed and getting the worst of it by the two-fisted attacks from Pitbull Cruz.

Garcia wants this. My understanding is Golden Boy doesn’t, largely because they don’t like the idea of Garcia, coming off a major hand injury, facing someone as iron chinned as Cruz in his first fight back. https://t.co/REC6g7KqJH