By Chris Williams: Terence ‘Bud’ Crawford asked the IBF on Sunday to install him as the mandatory for IBF welterweight champion Errol Spence Jr. This is a continuation of WBO 147-lb champion Crawford’s big push to attempt to force the injured IBF/WBC champion Spence (27-0, 21 KOs) to face him next.

Last Saturday night, IBF #1 Kudratillo Abdukakhorov was surprisingly beaten by Cody Crowley by a comprehensive 10 round unanimous decision on the undercard of the Nonito Donaire vs. Reymart Gaballo card at the Dignity Health Sports Park in Carson, California.

With # 1 IBF Kudratillo’s loss, Crawford is looking to take advantage of the opportunity to have the International Boxing Federation install him as the mandatory to Spence.

Even if the IBF does give Crawford what he wants by making him mandatory to Spence, it doesn’t mean the fight will happen. If Spence doesn’t want to fight Crawford, he’ll vacate his IBF title and hold onto his WBC title. 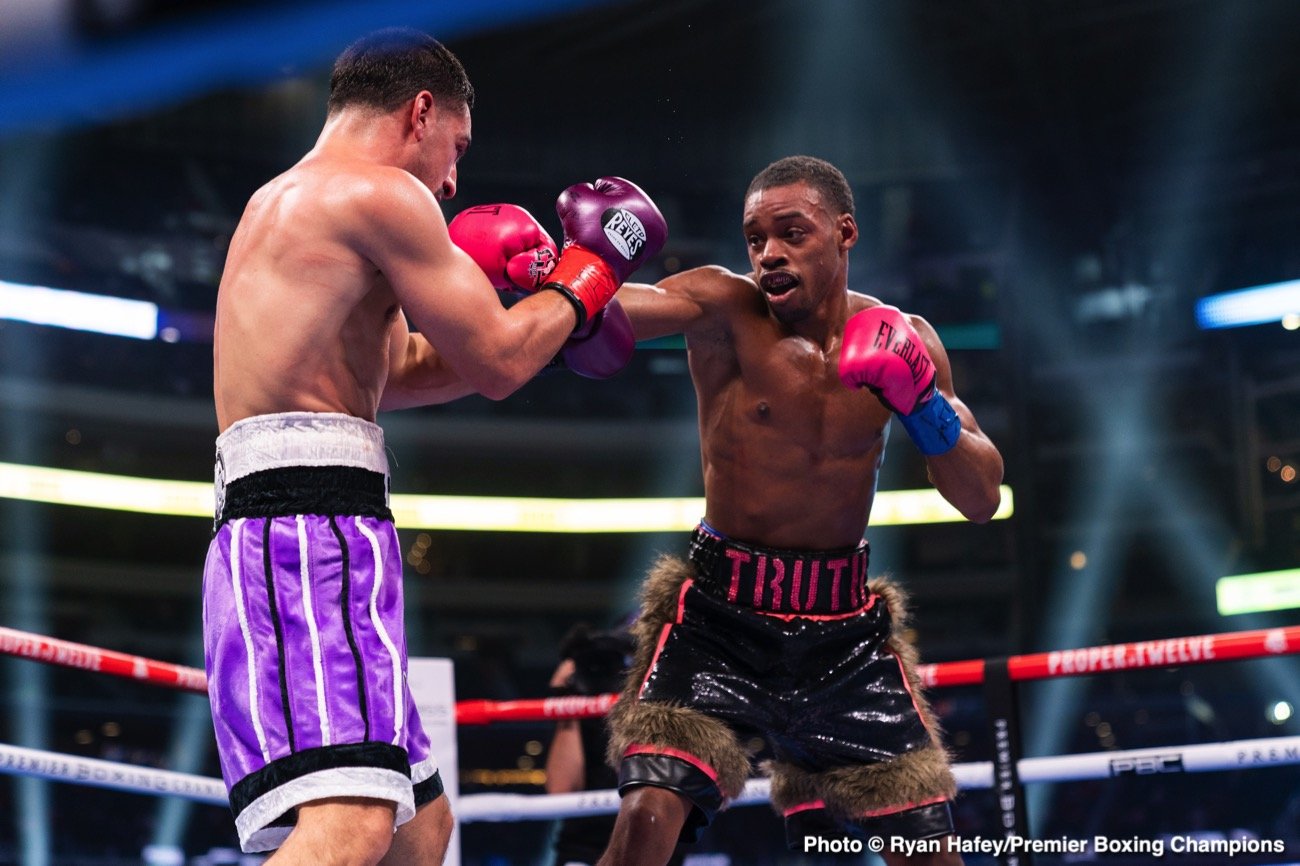 Moreover, Spence could face WBA champion Yordenis Ugas in 2022, provided he makes it out of the World Boxing Association’s four-fighter tournament in one piece still their champion. If Spence chooses to give up his IBF title to swerve Crawford, he’ll still have the WBC belt, and he’ll likely pick up the WBA strap from Ugas.

“@IBFSABAboxing can y’all make me mandatory at 147 so I can see something?” said @terencecrawford.

“I feel like I used to when I was younger on that dumb s***. I can’t sleep till I touch something. I’m ready to fight again and everyone knows who’s on that hit list.

“They should have listened and fought me before I grew into the weight class, now it’s over with.🤣”

Jaron Ennis is coming for Crawford

Crawford (38-0, 29 KOs) is acting incredibly more desperate lately, as he’s about to turn 35-years-old and he could soon be forced with the prospect of needing to defend his WBO title against the talented young contender Jaron ‘Boots’ Ennis (28-0, 26 KOs), who is on a crash course trajectory. He will most certainly dethrone the aging champion.

It’s quite understandable why Crawford is so needy right now to get the fight with Spence as fast as possible. If Crawford doesn’t land the big money clash with Spence soon, it’ll be too late because the World Boxing Organization will order him to face the talented ‘Boots’ Ennis.

As we saw in Crawford’s last fight against the faded 33-year-old past his prime gatekeeper Shawn Porter, he’s not going to be good enough to beat Ennis. Crawford struggled against Porter, and he would have lost if Shawn was a little younger.

Let’s face it, the WBO is a hot potato for Crawford right now, given that Boots Ennis is on a trajectory course to rip his title from him. If you’re Crawford, it’s wise for him to try and get the money fight with Spence as fast as possible before the talented Ennis up-ends his career.


« Conor Benn: ‘The man I want next is Adrien Broner’

Kambosos comments on Lomachenko victory, says he’s “in the equation” for next fight »