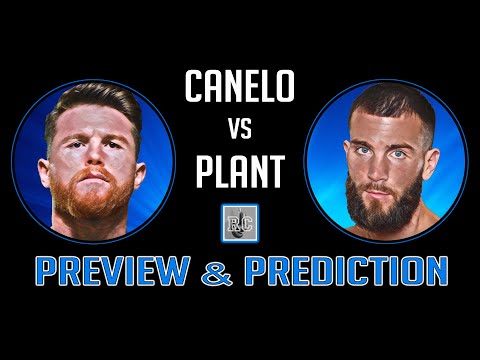 Plant first won the IBF title in January 2019 when he defeated Jose Uzcategui by 12 round unanimous decision. Plant made 3 consecutive title defenses after that against Mike Lee, Vincent Feigenbutz, and most recently Caleb Truax.

Canelo on the other hand first fought at super middleweight back in December 2018 when he beat Rocky Fielding for the minor WBA belt. Following that he had championship bouts at both middleweight and light heavyweight before returning to super middleweight in December of last year. That was when he defeated Callum Smith for the WBA super belt, and that victory also awarded Canelo the vacant WBA strap. After successfully defending his title against Avni Yildirim, Canelo was victorious with an 8th round stoppage in a unification bout against Billy Joe Saunders, where Canelo added the WBO belt to his existing collection.

With all four alphabet bodies on the line, this bout arguably represents the most important match-up in the short history of the 168 pound division. So by default, the victor will have made history by being the first to earn this coveted distinction.

So who will win the battle for the undisputed super middleweight world championship? Will it be Canelo Alvarez? Or will it be ‘Sweethands’ Caleb Plant?

This edition of Rummy’s Corner will attempt to answer that question while providing a quick preview of the upcoming undisputed super middleweight world championship contest between Canelo Alvarez and Caleb Plant. Please watch and enjoy the video for one man’s opinion on the match-up.