By Dan Ambrose: Kelly Pavlik disagrees with the legions of fans that feel that Canelo Alvarez is cherry-picking by jumping up to cruiserweight to challenge WBC champion Ilunga Makabu for his title in 2022.

Sounding like an apologist for the Mexican superstar Canelo (57-1-2, 39 KOs) rather than someone looking out for the good of the sport, Pavlik’s argument in favor of Alvarez fighting the obscure 34-year-old Makabu next instead of better opposition.

So because fighters in the past took soft touches, Canelo should be free from criticism from boxing fans, Pavlik argues. The argument won’t make fans feel happy watching Canelo fight Makabu as part of their DAZN subscription or perhaps on PPV for $80.

Fans want to see quality fights, and many of them feel Canelo is cherry-picking an easy title so that he can capture a fifth division world belt.

If Canelo announced that he was going to face IBF cruiserweight champion Mairis Briedis or WBO champion Lawrence Okolie, there would be less of a backlash because knowledgeable boxing fans would realize that his chances of success would be low.

“I don’t see anything wrong with it. He’s daring to be great, and he gets a lot of crap,” said Kelly Pavlik to Fight Hub TV on Canelo Alvarez being criticized for going up to cruiserweight to take on WBC champion Ilunga Makabu.

“He probably has the best resume in boxing,” Pavlik continued with his praising of Canelo. “If he wants to make that move [to cruiserweight], I don’t have a problem with it.

“I see nonsense with people talking about [Demetrius] Andrade and [Jermall] Charlo. Them guys are down at 160. Canelo has been campaigning at 168 and 175. So if he [Canelo] wants to make that jump [to cruiserweight], that’s good.

“Let’s try and get Andrade to fight Charlo, and let’s see what happens with that fight. Let’s get Andrade or Charlo to try and fight one of the guys like Billy Joe Saunders or Caleb Plant,” said Pavlik.

Unfortunately, Jermall Charlo has shown zero interest in fighting Demetrius, so the two can’t fight unless something changes.

As far as the recently beaten Billy Joe Saunders, there’s talk of him retiring potentially. He made $8 million+ fighting Canelo and suffered an eye injury in his loss to the Mexican star last May. It’s widely believed Saunders won’t be back.

“It’s a big move for Canelo,” Pavlik said of him going up to cruiserweight to challenge Makabu. “I’m not really a big fan of it. I think he’s biting off more than he can chew, but we’ll see what happens.

“I don’t know who they want him to fight,” said Pavlik in reacting to being told that the boxing public is criticizing Canelo for picking the weakest of the cruiserweight champions in a cherry-picking move.

“If you go back to Roberto Duran fought guys like Alirio Acuna, who was 0-2 after he held a world title. So if social media was around back then, I wonder how he’d [Duran] have gotten butchered.

“For him [Canelo] go up there and fight guys like that [Makabu], still, unless you do it, nobody understands how hard it is to do to jump up that many weight classes and do it.

“I think he [Canelo] won his first world title at junior middleweight,” said Pavlik. “I think he turned pro at welterweight. So for him to even consider going to cruiserweight, it’s a big match.

“Guys like Roberto Duran, Chavez, and all those other greats, they had fights when they had titles against guys that were 0-2, 0-2, so I don’t want to hear that s*** no more,” said Pavlik in giving his stamp of approval to Canelo’s mismatches.

Just because Duran and Chavez chose to fight guys with poor records occasionally doesn’t mean Canelo Alvarez should be given a free pass in swerving more meaningful fights against David Benavidez, Artur Beterbiev, Dmitry Bivol, Jermall Charlo, and Demetrius Andrade to go up to cruiserweight to fight the weakest of the champions in that division.

“What I would like to see as a fan right now is a guy like Beterbiev right now. I think that’s more for the public,” Pavlik said. “I think the public wants to see that fight, and it’s a great match-up, and Benavidez stands a great chance of winning that fight,” said Pavlik in appearing to get the names mixed up in switching from Beterbiev to David Benavidez.

“I can understand a little bit right now that fans are getting mad. He’s jumping to cruiserweight now, and you got big match-ups still at super middleweight.

“I mean, let the guy [Canelo] go. He’s fought, everybody. Who else do you want him to fight? You say he’s cherry-picking but who really hasn’t in all the eras?” said Pavlik in sounding like a Canelo apologist.

It was thought that Canelo (57-1-2, 39 KOs) would move up to 175 to fight IBF/WBC light heavyweight champion Artur Beterbiev (16-0, 16 KOs) after the Mexican star defeated IBF super middleweight champion Caleb Plant on November 6th to become the undisputed champion at 168.

Fans were surprised when Canelo revealed that he’d be going up to cruiserweight to challenge WBC champion Ilunga Makabu for his title.

Canelo would receive nothing but praise had he told the fans that he’d be fighting Beterbiev next, which is why it seems odd that he would intentionally put himself in a position to be trashed by fans.

Well, it’s easy for boxing fans to pick the guys that they’d prefer to see Canelo fight rather than the little-known 34-year-old Makabu.

Fans would like to see Canelo fight these talented fighters:

“You’re talking about guys coming down from 210, 205 to fight him at cruiserweight,” said Pavlik about Canelo fighting Makabu at 190. “That’s a ballsy jump, especially for a guy who really made his name at junior middleweight.”

It would be more complicated if the WBC hadn’t recently made a move to change their cruiserweight weight limit from 200 lbs to 190. Now all of a sudden, Makabu will need to drain down to 190 for him to make weight for the fight with Canelo.

If Canelo were facing cruiserweight champions Mairis Briedis or Lawrence Okolie, he would be dealing with a 200-lb weigh-in limit, as the IBF and WBO still go by that weight rather than the 190 that the WBC has implemented.

In other words, Canelo picked the proper cruiserweight organization to fight for a title.

If he chose the IBF or WBO, he’d not only be dealing with an arguably talented fighter but his opponent wouldn’t be expected to drain down to a new 190lb limit that the WBC is implementing.

“So, give the guy [Canelo] credit. He’s doing something that a lot of people don’t do,” said Pavlik.

Many fighters wouldn’t move up to cruiserweight like Canelo when they could make more money fighting David Benavidez, Gennady Golovkin, Beterbiev, Andrade, Charlo, or Bivol. 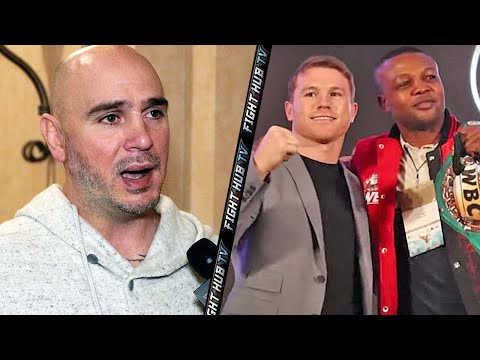