By Dan Ambrose: Trainer Bill Haney wants Teofimo Lopez and his dad Teo Sr. to step up to the plate and face Devin after the two take care of their next fights.

Bill wants Teofimo Sr. and Teo to stop hiding from Devin Haney (26-0, 15 KOs) so they can battle for the undisputed lightweight championship by February 2022.

Unfortunately, Teofimo and his dad seem more interested in dropping the belts and going up to 140 to take on undisputed light welterweight champion Josh Taylor next.

IBF/WBA/WBO lightweight champion Teofimo (16-0, 12 KOs) has a defense this Saturday night against George Kambosos Jr, whereas Haney is defending his WBC 135-lb title against Joseph ‘Jojo’ Diaz Jr. on December 4th on DAZN.

Bill wants Teofimo to come of the bushes

“If Lopez is successful against Kambosos and when Devin is successful against Jojo Diaz, both Teofimo and his daddy that ran out of places to hide. So tell them b**** to come out of the bushes, we’re looking for you,” said Bill Haney to Fighthype on him wanting to set up a fight between Devin and Teofimo Lopez next.

“That’s the only fight next. What the f*** you mean?” said Bill Haney is making it clear the ONLY fight he wants next for Devin is against Teofimo.

“When you’re talking about two guys that are at the point of superstardom where it can be for truly undisputed that’s Lopez and Haney. You heard Eddie [Hearn] and Devin say, ‘We can make it happen.’

“But if he’s comfortable with sitting in a chair letting DAZN, Eddie Hearn, and Haney to come up with the money to have Teofimo come over, then kick back. You don’t need to worry about what Devin is going to get paid.

“Worry about Teofimo Lopez because evidently, he [Arum] has a history of fighters that complain about getting paid.

“So don’t worry about what Devin is going to get paid. Send Teofimo Lopez over here where he’s at because he hadn’t got paid anything of significance thus far dealing with Top Rank.

“He [Teofimo] complained he went home with 600,000 against Loma, so who wants to talk to Bob Arum about some money?

“Him [Teofimo] and his daddy got called lying so many times, but the rubber done met the road, there’s nowhere else to hide. When they finish their business with Kambosos and we finish our business with Jojo Diaz, then it’s on.

“Absolutely,” said Bill Haney when asked if Teofimo turns it down, he doesn’t want the fight. “You’re the one asking for the crazy money because we’re going to come with the bag.

“Ryan Garcia has been going through so much. I don’t know how to deal with Ryan. You don’t know whether to help him or offer him a fight contract. We’ll just see.

“Right now, we got JoJo Diaz on our mind. We’re not taking him for granted. We understand beating Jojo Diaz is an opportunity to have the big fight with Teofimo Lopez for all the belts,” said Bill Haney.

It would be a good idea for Haney and Bill to concentrate on the task at hand against Jojo Diaz Jr. on December 4th rather than looking beyond that for a fight against Teofimo.

According to Teofimo’s dad, he’s going to drop the belts and go up to 140 after he faces George Kambosos Jr. this Saturday. Bill might not be keeping on things because Devin has almost no chance of fighting Teofimo next. 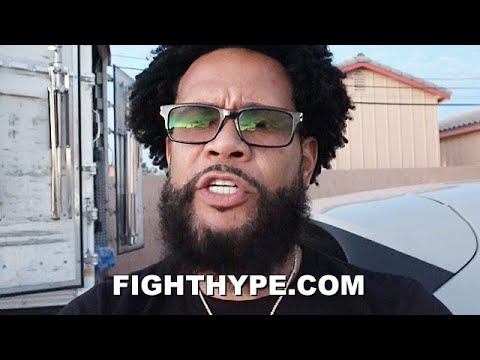