The Lomachenko vs. Commey fight has been talked about for over a month, but now the two have agreed to terms for the contest, according to Mike Coppinger.

Top Rank has wisely scheduled the Lomachenko – Commey fight on December 11th to take place immediately after the Heisman Trophy presentation on ESPN, which means many casual boxing fans will stick around to see it.

Having it on that date will ensure that a lot of viewers will be tuning in. This will be the two-time Olympic gold medalist Lomachenko’s second fight since losing his WBA/WBC/WBO lightweight titles in a 12 round unanimous decision defeat to Teofimo Lopez last November.

Lomachenko had successful shoulder surgery following the loss, and he’s come back from the injury looking as good as ever. 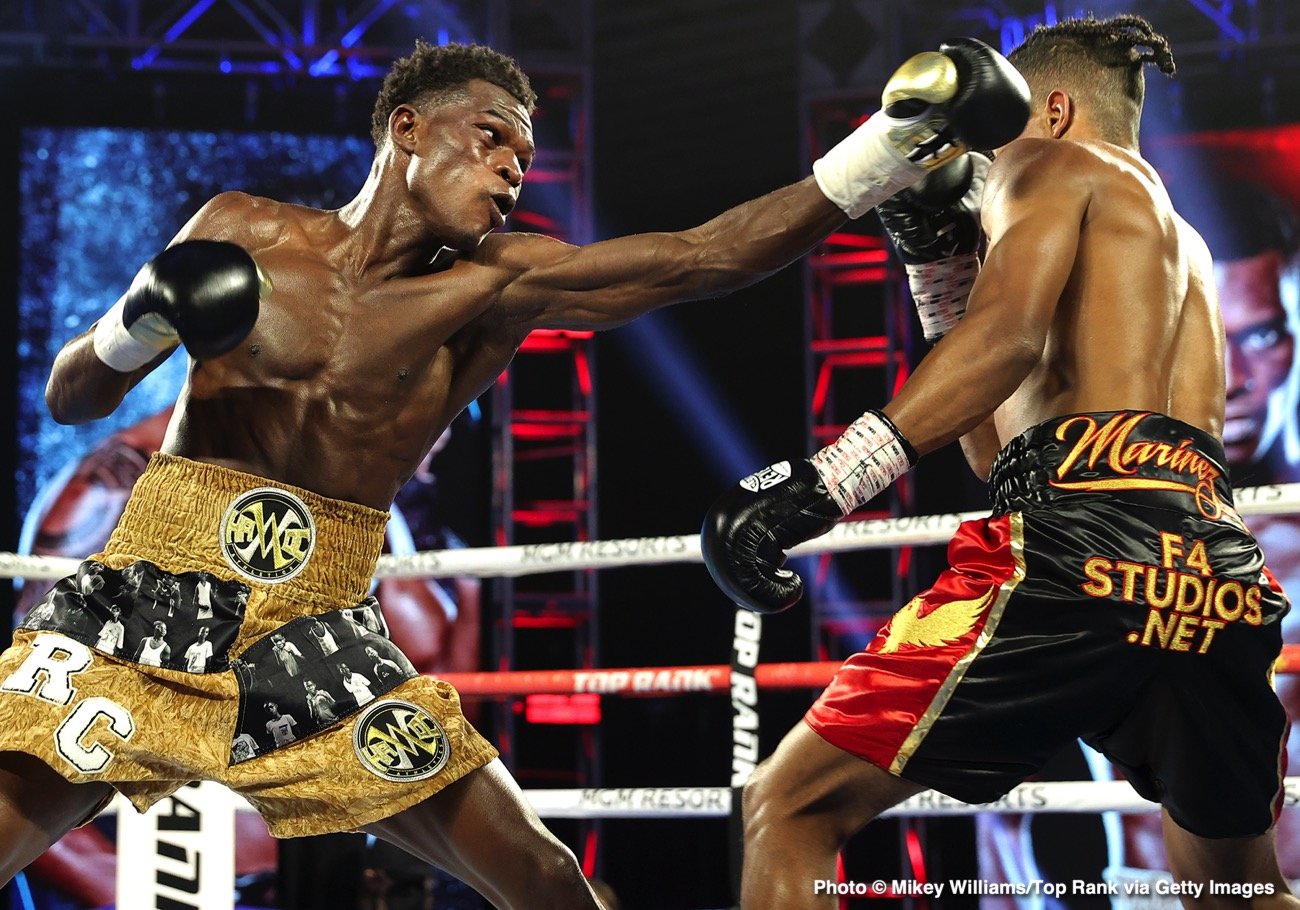 After failing to get Teofimo to agree to a rematch, Lomachenko (15-2, 11 KOs) came back from the loss to defeat 135-lb contender Masayoshi Nakatani by ninth round knockout on June 26th.

There was a possibility of a Teofimo-Lomachenko rematch in December, but that idea went up in smoke with Teofimo coming down with COVID-19.

The illness pushed back Teofimo’s mandatory defense against George Kambosos Jr, and the two still haven’t fought. Triller had attempted to move the fight to October 16th, but it hasn’t worked.

Lomachenko, 33, hopes to use a victory over Commey (30-3, 27 KOs) to get a title shot in early 2022, but it probably won’t be Teofimo. The New Yorker said he wants to move up to 140 to challenge undisputed champion Josh Taylor for his four titles.

If Teofimo vacates his 135-lb titles, Lomachenko will battle for one of them. Unfortunately, it’s unlikely that Lomachenko will be able to fight for all four belts because they’ll be separated.

#4 WBC, #5 IBF, #7 WBO Commey is coming off a sixth round knockout win over Jackson Marinez last February in Las Vegas. In Commey’s previous fight, he was surprisingly stopped in the second round by Teofimo in December 2019.

Commey wants to win back his IBF lightweight title that he lost to Teofimo. The Ghanian, 34, captured his IBF title with a second round knockout win over Isa Chaniev in February 2019.

In June of that year, Commey successfully defended his IBF title in stopping Raymundo Beltran in the eighth round.

Teofimo is amused that Lomachenko is facing another one of his former opponents to redeem himself.

Besides destroying Commey in two rounds in December 2019, Teofimo also defeated Masayoshi Nakatani by a 12 round unanimous decision in July of that year.

Lomachenko did a better job of beating the Nakatani mentioned above by stopping him in the ninth round.


« Deontay Wilder: No one wants to fight Luis Ortiz