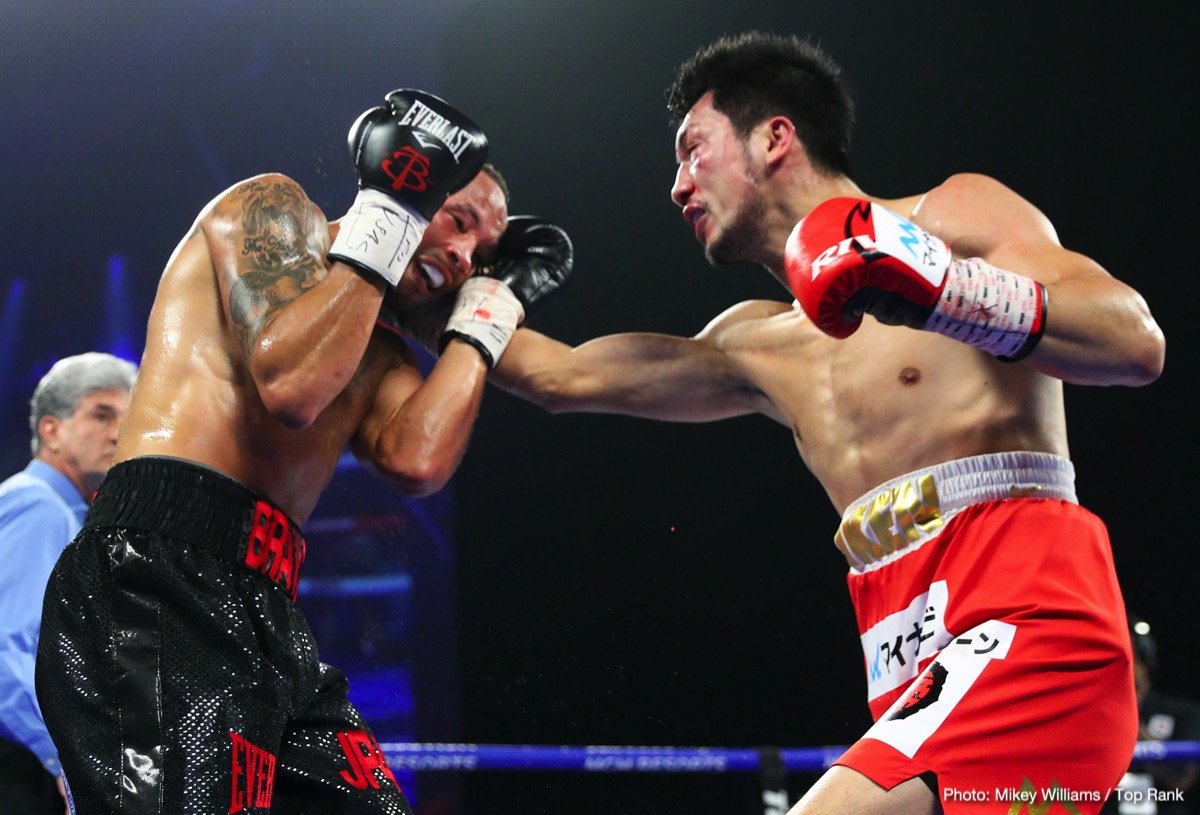 By Huck Allen: Promoter Bob Arum believes Ryota Murata could pull off a big upset on December 29th by defeating Gennadiy ‘GGG’ Golovkin in their fight in Saitama, Japan.

A victory for WBA ‘Super World’ middleweight champion Murata, 35, over the aging IBF champion Golovkin would make him a two-belt unified champion at 160.

If the 2012 Olympic gold medalist Murata beats GGG, Arum would like to match the Japanese star against Chris Eubank Jr. in his next title defense.

Besides dealing with age, IBF middleweight champion Golovkin hasn’t been active, and he hasn’t fought a quality fighter since his loss to Canelo Alvarez in 2018.

Some boxing fans believe that the loss to Canelo has taken away Golovkin’s ambition, resulting in him looking for easy opposition and no longer facing the best at 160.

Middleweight champions Jermall Charlo and Demetrius Andrade have repeatedly called out Golovkin. Still, instead of facing them in receiving praise from the boxing world, GGG has taken these more accessible options: Steve Rolls, Sergiy Derevyanchenko, and Kamil Szeremeta.

In Golovkin’s last fight in December 2020,  he looked slow and nowhere near the fighter he’d been two years earlier in defeating Kamil Szeremeta.

The combination of inactivity, poor opposition, and his advancing age has seemingly eroded Golovkin’s boxing skills. Golovkin’s power was still there, but his speed and timing looked off the mark.

“I think that Ryota Murata, on home ground, could pull off an upset [against Gennadiy Golovkin]. In which case, I’d love nothing more than for Murata to fight Eubank Jr,” said Arum to Sky Sports.

“It would be a big fight in the US, Japan, and the UK,” said Arum of Murata, defending against Chris Eubank Jr.

“Golovkin, for all his great success, is slipping as he gets older. So it’s a competitive fight,” said Arum of a match between Murata and Golovkin on December 29th in Japan.

“We are working very, very hard to put that fight together at the end of the year,”  said Arum of the Golovkin vs. Murata fight.

“If GGG is successful, I’m sure that the Eubank Jr fight is very attractive to him,” said Arum.

Golovkin was in negotiations to fight Eubank Jr. for a fight in September 2016, but GGG faced Kell Brook instead after the talks stalled.

That was a missed opportunity for Eubank Jr. because Brook had a lot of success against Golovkin before bowing out of the fight in the fifth round due to an eye injury.

That would be the third fight in 2021 for the 32-year-old Eubank Jr., as he’s already beaten Wanik Awdijan in October and Marcus Morrison last April.