Mike Coppinger is reporting the news of the Donaire vs.  Gaballo deal. The former four-division world champion Donaire will be turning 39 on November 16th.

Donaire will be looking to win his straight fight after losing to Naoya Inoue by a 12 round unanimous decision in a war in November 2019 in Saitama, Japan. Nonito wants a rematch with Donaire, and they will likely meet up soon if Donaire takes care of the 25-year-old Gaballo on December 11th.

Chris Williams had Rodriguez winning the fight eight rounds to four, but two of the judges felt differently in giving it to  Gaballo.

Considering how controversial the results were, Gaballo should have done the right thing by giving Rodriguez a rematch. Gaballo isn’t ready for a fighter like Donaire, and this will probably end early within four rounds.

When you get a green fighter like Gaballo, they’re better off taking their time learning the ropes against contenders before fighting for a world title Gaballo’s controversial decision win over Rodriguez showed that he’s not ready to step up to the next level yet in his career. 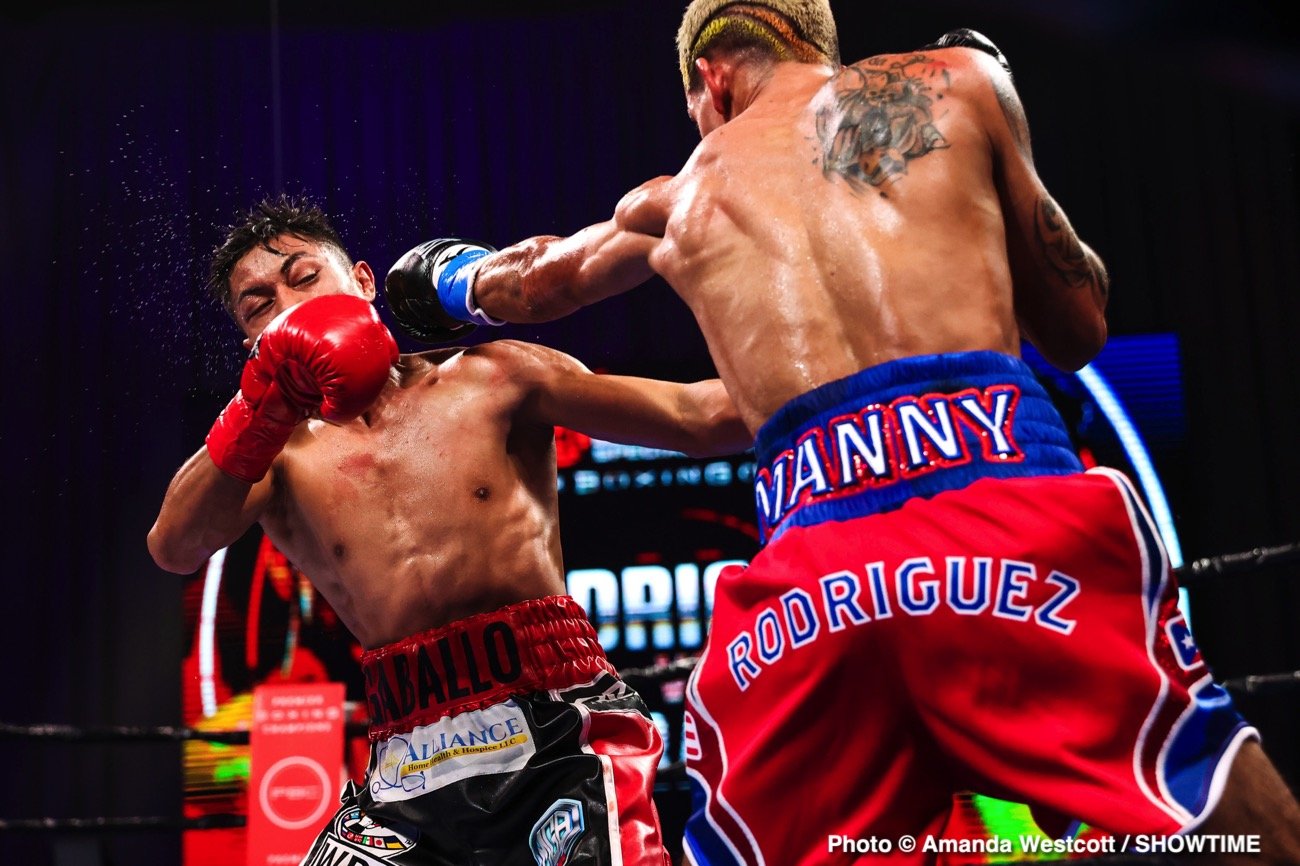 That’s the only quality fighter on Gaballo’s resume. The rest of the names are second and third-tier fighters, which were easy marks.

Interestingly, Gaballo has chosen to challenge Donaire for his WBC 118-lb title. Donaire will likely make easy work of Gaballo

Nonito recently captured the WBC 118-lb title with a fourth round knockout victory over champion Nordine Ouabaali last May in Carson.

Donaire took a lot of heat from boxing fans for choosing not to fight WBO 118-lb champion John Riel Casimero after he and his team trash-talked him and his wife.

Nonito should have gone through with the Casimero fight,  but he likely would have lost to him, so you can’t blame him for choosing not to fight the hard-hitting Filipino fighter.

Some fans didn’t understand why Donaire chose not to go through with the fight, and many of them felt it was a case of him being afraid.

Instead of Donaire taking the fight with Casimero, his former conqueror Guillermo Rigondeaux faced him and lost a controversial 12 round split decision.

Rigondeaux made Casimero look like a primitive fighter, as the Filipino spent most of the fight missing badly and getting picked off by the talented Cuban.

Chris Williams had Rigondeaux winning ten rounds to 2 against Casimermo, who looked like a wild man in comparison. Rigondeaux totally outclassed Casimero but found himself on the receiving end of a highly controversial decision.

Heraldez was stopped in the third round last year in October by Regis Prograis. It’s unknown why Lee’s handlers chose to match him against Heraldez rather than someone coming off of a loss, but perhaps they want to get a chance to compare how he performs to that of Prograis.

It will be difficult for Lee to improve upon the performance Prograis put in against Heraldez because he got him out of there quickly. Lee needs to be taking on some of the contenders at 140 like these guys: