Mike Tyson on Deontay Wilder: ‘Is he going in there to win or a big payday?’ against Fury

‘Iron’ Mike wonders whether Wilder (42-1-1, 41 KOs) is fighting Fury again just for the money and not because he wants to avenge his seventh round knockout loss that he suffered in February 2020.

Wilder says he’s taking the fight with Fury (30-0-1, 21 KOs) because he wants redemption after getting beaten a year and a half ago.

It’s understandable why Wilder chose to exercise his rematch clause in his contract for the rematch with Fury. Of course, its’s disappointing that Fury, the voluntary challenger year ago, attempted to walk away from his rematch clause.

Ignoring the fact that there was a contractual rematch, the principle of it. Wilder gave Fury the opportunity to fight him, and instead of being a rematch, Tyson tried to walk away. Where’s the sense of obligation on Fury’s part?

Is Wilder just looking for a payday?

Tyson may not need to worry about Anthony Joshua ever fighting Wilder because if the big Brit loses his rematch with Oleksandr Usyk, his career will be in shreds.

Wilder’s career is also on the line in his rematch with Fury next week. If Wilder is knocked out again by Fury, it’s going to be difficult for him to come back from that loss.

SugarHill wanted to take the judges out of it

“He’s an elite athlete and he dropped everything for me to train him. That’s something that is very rarely done,” said trainer SugarHill Steward to BT Sport Boxing on how he began training Tyson Fury.

“I take my hat off to him [Fury] and appreciate how he was at that time, and still is. It just makes training and teaching that much more enjoyable than fighting the system or fighting what they want.

“So, he [Fury] was a very open transition, it was smooth. I just wanted Tyson to box strong. I believe he boxed good in the first fight,” said Steward on Fury’s first fight against Deontay Wilder in 2018. “He just didn’t box strong.

“My job was to get him to box strong and get a knockout. I didn’t want him to listen to the judges and take a chance. Tyson Fury getting caught, as he did in rounds nine and twelve, when he went down and that caused his first fight to be a draw.

“I wanted a very decisive unargumentive decision,” said SugarHill in what he was looking for in the rematch with Wilder.

What worked once for Fury may not work twice against Wilder, and hopefully, SugarHill is aware of that. In any sport, you can’t keep recycling the same game plan without your opponents coming up with a strategy to defeat that.

If all SugarHill knows is the Kronk Gym approach to fighting, which involves a lot of brawling, it could turn out bad for Fury on October 9th when Wilder defeats approach. 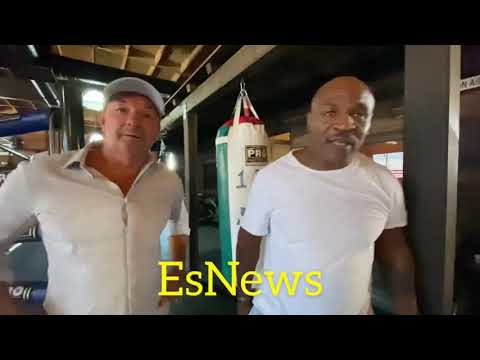