By Sean Jones: Teofimo Lopez vs. George Kambosos Jr. is heading Eddie Hearn’s way after the IBF found Triller in default on Wednesday for their purse bid.

As a result, Triller will lose $1.2 million for their deposit, to be split between IBF/WBA/WBC/WBO lightweight champion Teofimo and Kambosos. Teofimo will get 75% and Kambosos Jr. 25%, according ot Dan Rafael.

Matchroom Boxing promoter Hearn must decide if he wants to stage the Teofimo-Kambosos Jr. Hearn has already said he’d be interested in putting on the fight to show it on DAZN.

If Hearn chooses not to stage the Teofimo vs. Kambosos Jr. fight, it’ll go to the next highest bidder, Top Rank, to put on the event. In other words, it’ll be back to Teofimo’s promoter, which means he wasted his time by choosing to force his IBF mandatory fight with Kambosos to the purse bid process.

It’ll be interesting to see if Hearn chooses to stage the Teofimo match or not. This writer won’t be shocked if Hearn wants nothing to do with this fight.

Triller had scheduled the fight on October 4th at Madison Square Garden in New York. Still, when they attempted to move it to October 16h, Kambosos Jr., not surprisingly, wasn’t happy about having it moved yet again.

Triller could have ironed things out if they’d given Kambosos Jr. the money to get him to agree to the move, but they reportedly didn’t do it. In hindsight, it would have been better if Triller did pay Kambosos because they’ve now lost the fight.

“BREAKING: IBF has found Triller in default of #Lopez-Kambosos purse bid. Triller loses a deposit of about $1.2M, which will be split between Lopez (75%) & Kambosos (25%). Now up to Eddie Hearn if he wants to put on the fight as the under-bidder. If not, it falls to Top Rank Boxing,” said Dan Rafael @DanRafael.

“The IBF absolutely did the right thing. It followed its rules. To me, based on the rules and what’s been happening with this fight, it was the only thing the IBF could do.”

Poor Teofimo, he wants to get this fight with Kambosos Jr. out of the way so that he vacate his four 135-lb titles and move up to 140 to challenge undisputed champion Josh Taylor.

On Tuesday, Teofimo’s promoter Bob Arum was furious in talking about how Triller has failed to stage the event.

Arum says Teofimo and Kambosos were pleased when Triller won the purse bid with a $6 million bid, but things haven’t worked out. The fight still hasn’t been staged and Teofimo has been out of the ring for the last 11 months with nothing to show for it.

Arum said to Fighthype, “I’m going to lobby the other promoters to allow only the promoters on a purse bid are promoters that have done at least one championship fight in that organization. So at least they have some basis for what to do and what the rules are.

“That’s not to cut down bidding. A lot of companies have done at least one fight, and they can bid. But if they just come out of nowhere and put a couple of dollars down, say they’re promoters and then put a bid in, you get what you got with this whole thing with Lopez and Kambosos,” said Arum. 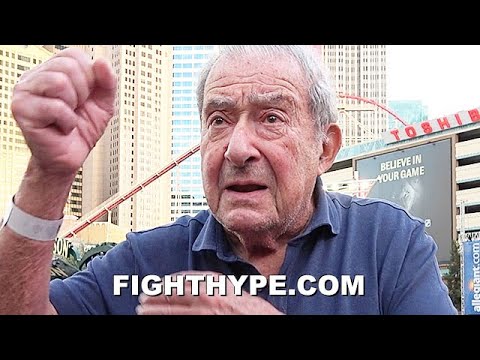 WBC confirms Fury vs. Wilder III winner must defend against Whyte vs. Wallin victor next »