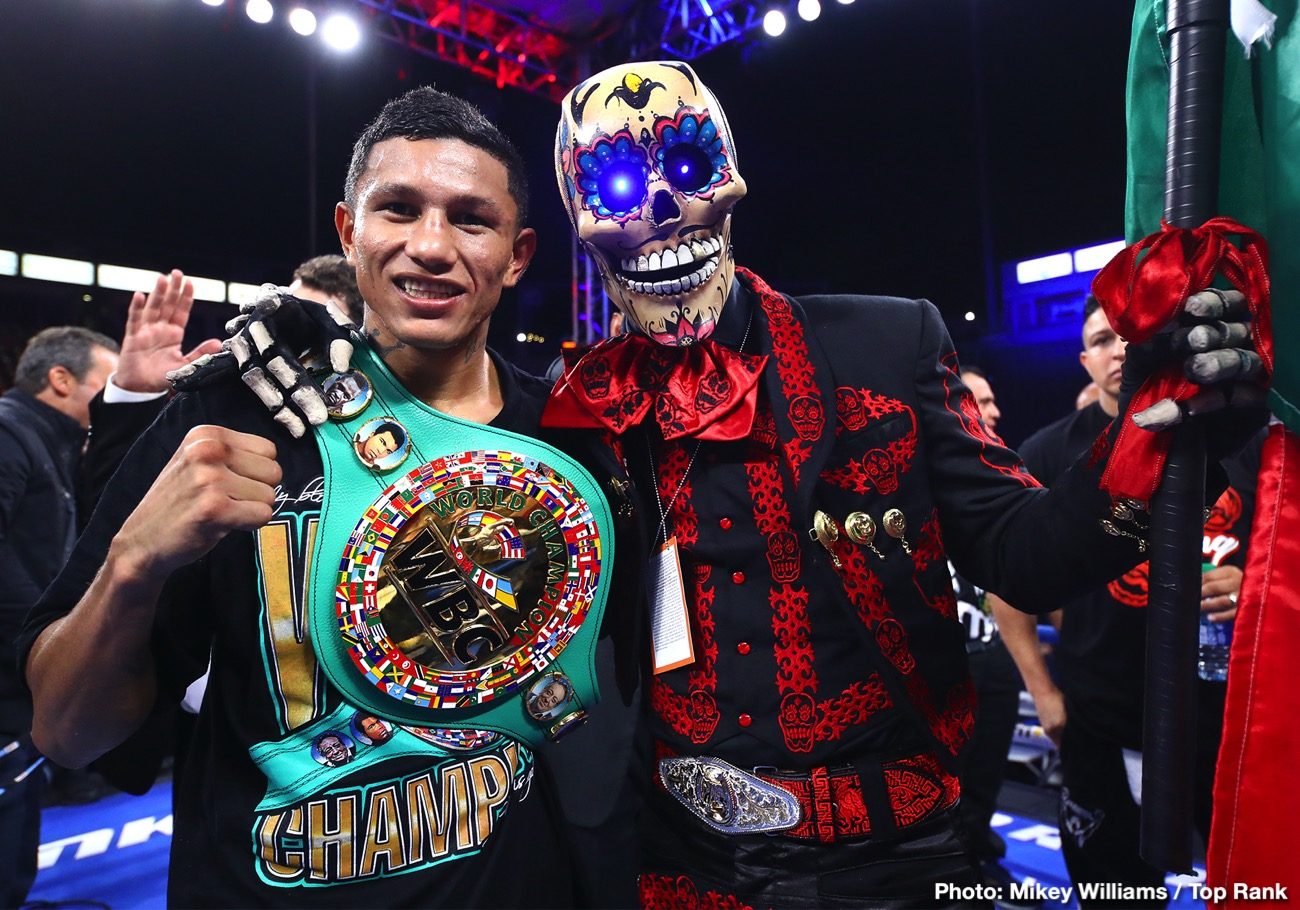 Shakur has bitterly complained that Valdez,  29, is ducking him, but that’s not the case.

Valdez is fighting the guys that Arum matches him against, and he hasn’t gotten around to putting him in with Stevenson, a newcomer to the 130-lb division.

Arum has no problems letting Stevenson face Valdez (30-0, 23 KOs) as long as he can get past Berchelt (38-2, 34 KOs). Now isn’t the type for Shakur to act like a spoiled brat by insisting that he fight Valdez next rather than earning the opportunity by facing Berchelt first.

Valdez will also need to do his part before facing Stevenson by defending his WBC super featherweight title against Emanuel Navarrete (35-1, 29 KOs) next.

As such, the winner of the Valdez vs. Navarrete and Herring vs. Berchelt fights will meet in the second half of 2022 in a big unification fight with the WBC & WBO 130-lb titles on the line.

Stevenson and Valdez will need to both sign off on Arum’s idea before it can come to fruition, but it shouldn’t be a big deal because these are great fights.

If the 24-year-old Stevenson believes he’s as good as he thinks he is, he shouldn’t have a problem taking on Berchelt, 29, who is coming off a tenth round knockout loss Oscar Valdez last February.

“I want Valdez to fight Emanuel Navarrete and to match Shakur against maybe Berchelt,” said Bob Arum to Sky Sports. “We’d see how Shakur does with Berchelt; then we can match the winners.

“I think that’s the way to go, and that’s what we will suggest to them,” said Arum.

“I hope to have Shakur back in the ring in March or April. Same thing with Valdez and Navarrete.”

Hopefully, Shakur agrees to take the fight with Berchelt because if he doesn’t, he probably won’t get the chance to fight Valdez. If Stevenson chooses not to earn the Valdez fight by taking on Berchelt, he might as well move up to lightweight because there’s nothing for him at super featherweight.

The only popular guy in the entire 130-lb division is Oscar Valdez, and Arum has immediate plans for him with the Navarrete fight.

“It’s one thing to be a talent and another thing to take that talent and become a crowd-pleasing fighter, and Shakur now understands that,” said Arum.

Stevenson fought boringly against Jeremia Nakathilia and Joet Gonzalez; he might not ever achieve superstardom if he doesn’t change the way he fights.

He’s got to be more like Teofimo Lopez and less like Guillermo  Rigondeaux if he wants to be the next Floyd Mayweather Jr.

“Shakur, unlike his previous performances, didn’t come out, win a few rounds, then coast to victory,” said Arum. “He came out to beat his opponent decisively. I just want him to be a superstar.”