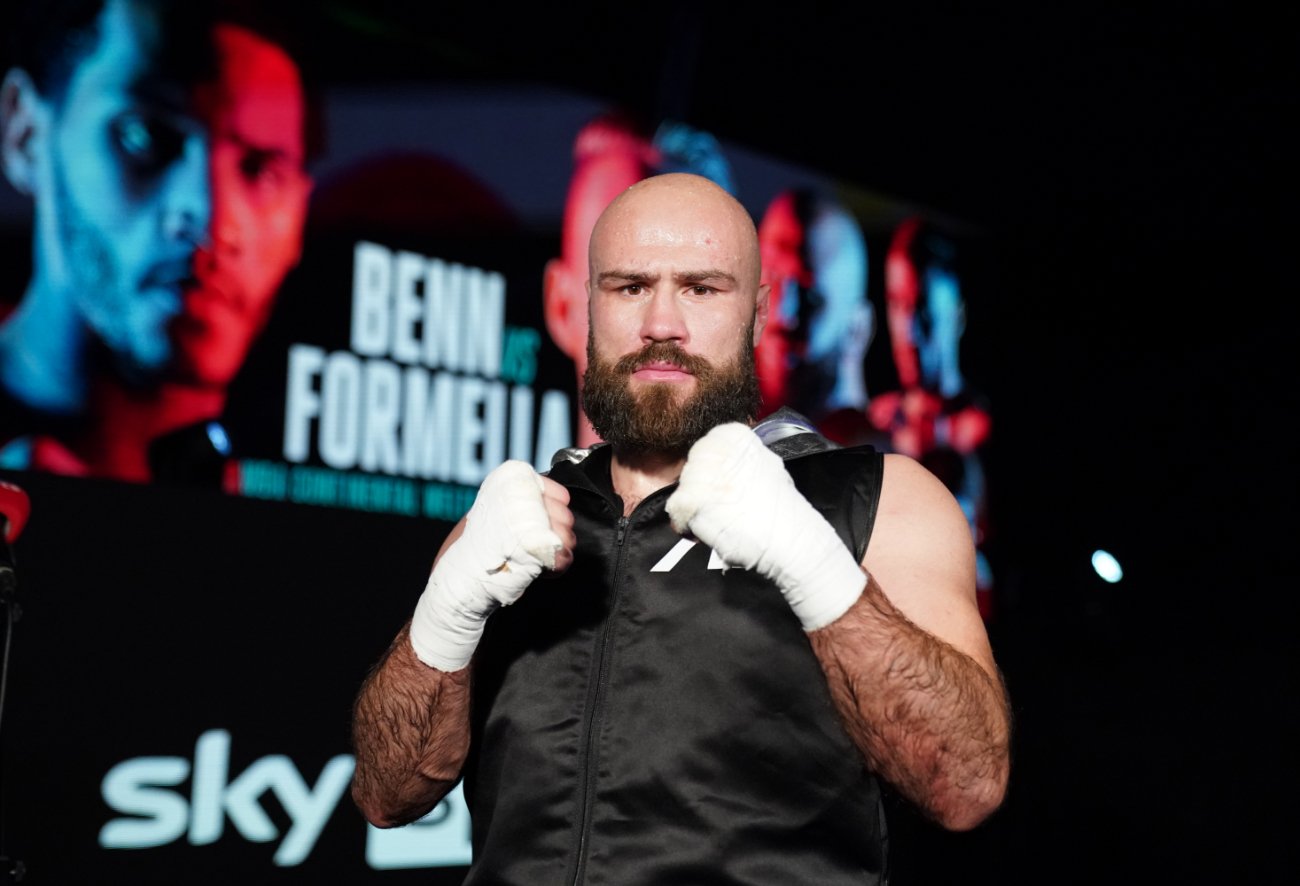 By Barry Holbrook: Heavyweight prospect Alen ‘The Savage’ Babic (8-0, 8 KOs) will be putting his unbeaten record on the line against journeyman Eric ‘Little Drummer Boy’ Molina (28-7, 20 KOs) in an eight round affair on October 30th at the O2 Arena in London, England. The Babic vs. Molina fight will be shown live on DAZN.

In the main event on the October 30th card, WBC interim heavyweight champion Dillian ‘The Body Snatcher’ Whyte will battle Otto Wallin in an important fight.

The 30-year-old Croatian Babic is a project for Matchroom Boxing, who are trying to groom him for an eventual world title shot. Right now, he’s still rather crude and unfinished at this early stage in his two-year professional career.

The 6’6″, 256-lb Molina will have a considerable size advantage over Babic, and he could outweigh him by close to 50-lbs on the night. That should make it enjoyable to see how Babic deals with Molina’s size, power, and experience.

A victory for Molina isn’t out of the question here, considering that Babic has been matched against sublevel opposition during his career. Even at this late stage in Molina’s 14-year pro career, he’s a huge step up in class for Babic.

Babic is a small heavyweight at 6’1″, 210 lbs, who needs to fill out for him to compete one day against the big boys in the division.

Thus far, Babic’s lack of size hasn’t caused him any problems, thanks to the careful match-making that’s been done on his behalf by Matchroom. But if Babic doesn’t put on more size to his slight frame, his chances of success are slim.

It’s unknown the overall goal is for Matchroom in trying to develop Babic because he’s not going to be big or talented enough ever to win a world title.

If Matchroom keeps Babic around as a David Allen type of entertaining fighter, it makes sense, but there’s virtually no chance of him winning a world title. If Banic can get a title shot one day, he’ll make a lot of money, but it likely won’t be competitive with anyone he faces.

Babic has recent wins over these heavyweights:

For his part, Molina is coming off a third round knockout win over Alejandro de la Torre last August in a stay busy fight. Before that, Molina was stopped by Fabio Wardley by a fifth round knockout last March on the undercard of Whyte vs. Alexander Povetkin 2 in Gibraltar.

Molina stubbed Wardley briefly and appeared to have him in a bit of trouble. However, Wardley came back strong to stop Molina with a 1-2 combination in the third.

“The Savage calls upon his army once again,” said Babic. “The stage is The O2 Arena; the opponent is Eric Molina. The Savage is coming home.

“Pain is on the menu that night; let us embrace it. I don’t want a normal fight; I want a painful one. Eric Molina – I hope you are ready because it is going to be a painful fight. Happy Halloween, Eric.”

Given Babic’s lack of size, experience, and technical ability, you can’t rule out a victory for Molina in this fight. Matchroom is banking on Molina being old and chinny at this late stage in his career, and Molina can still punch, and Babic is there to be hit by anyone.

If Babic loses this fight, Matchroom will need to figure out what they want to do with him. The best thing would be to have Babic drop down to cruiserweight, where his lack of size won’t be an obstacle to his success.