By Huck Allen: Olekander Usyk (19-0, 13 KOs) put on an impressive boxing display on Saturday night in unseating IBF/WBA/WBO heavyweight champion Anthony Joshua (24-2, 22 KOs) with a 12 round unanimous decision at the Tottenham Hotspur Stadium in London, England.

Usyk had Joshua hurt in the final seconds of the 12th round when he flurried on him, leaving AJ barely staying on his feet as he leaned against the ropes.

Usyk hurt Joshua in the third round as well after catching him with a big left to the head.

Boxing News 24 will be giving updates below: 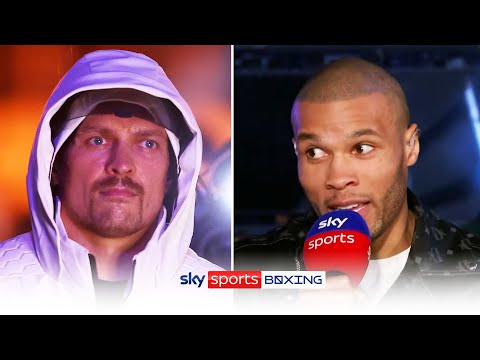 The Joshua-Usyk fight is considered a toss-up in the eyes of many boxing people, and it doesn’t matter to them that Joshua is the bigger, stronger, and more proven fighter at heavyweight.

Usyk has the boxing ability, stamina, and overall ring IQ to make up for his deficits against Joshua and come away with the win.

When is Joshua vs. Usyk? Start time, where to watch

Joshua vs. Usyk is on Saturday, September 25th, at the Tottenham Hotspur Stadium in London, UK.

“I don’t think this fight is as dangerous as everyone is making it out,” said Dillian Whyte to iFL TV on the Joshua vs. Usyk fight tonight.

“This fight is as dangerous as Joshua makes it. If Joshua presses him, I think he knocks him out. If it goes to points, Usyk is not going to get a points decision because I think he’ll take a lot of damage but also, Joshua can be fragile sometimes.

“Usyk can get in his head. He’s doing the same sort of thing that Andy Ruiz did. Smiling, taking pictures with his belt, and Joshua has been a little bit absent, a bit strange.

“He’s been a bit weird. It’s a similar sign for when he fought Ruiz, but the difference is, Ruiz had a lot of weight and power behind his punches.

“Usyk doesn’t, but maybe the extra weight he put on may have increased his punch power. I pick him to knock Usyk out in the first six or seven rounds IF he presses him.

“He might do what he did with Charles Martin,” said Whyte about Joshua possibly knocking Usyk out early tonight as he did with Martin in 2016. “It’s still the same shots that give southpaw problems. Just art on the front foot and start pressing.

That’s what I’d advise him to do, but I’m not his coach. There seem to be four or five coaches in his camp giving him different instructions, working on this and working on that.

AJ’s slimming down won’t hurt him

“Joshua is a naturally slim guy anyway,” said Whyte when asked about his thoughts on Joshua timing down to 240 for the Usyk fight. “People forget that Joshua has put on all this muscle mass and didn’t lose for four or five years.

Joshua is a naturally tall and slim guy, so if he trains and does things normally, that’s his natural weight. He’s a naturally 238, 240-lb guy anyway.

“All this 252, 255, that’s forced muscle and enhanced muscle. I want Joshua to win, and I don’t want him to lose to anybody else until he fights me. I want him to win.

“That’s good for British boxing. I don’t want the titles to go to Ukraine because it’ll be hard to get a hold of them,” said Whyte about not wanting Usyk to defeat Joshua and take his three titles back to Ukraine.

Tonight, Anthony Joshua and Oleksandr Usyk will be in the spotlight at center stage at the Tottenham Hotspur Stadium in North London, England, to put on a show for the 70,000 fans and the many viewers at home watching on DAZN and Sky Sports Box Office.

Joshua will be taking on arguably his toughest test since his fight with Wladimir Klitschko in battling former undisputed cruiserweight champ Oleksandr Usyk, who sports an unbeaten 18-0 record with 13 knockouts.

Joshua (24-1, 22 KOs) will have his IBF, WBA, and WBO heavyweight titles up for grabs in tonight’s encounter, and he’s hoping to retain his belts against the tough Usyk.