By Dan Ambrose: In a pointless move, the WBC has ordered Joseph ‘Jo Jo’ Diaz Jr. to defend his interim lightweight title against #2 Ryan Garcia next.

Ryan (21-0, 18 KOs) and Jo Jo Diaz Jr. (32-1-1, 15 KOs) were already in negotiations for a fight, so the World Boxing Council’s decision to order the fight is meaningless because it’s already going to happen.

The real question is why isn’t the WBC ordering Jo Jo Diaz to face WBC lightweight champion Devin Haney? After all, Diaz Jr, 28, defeated Javier Fortuna on July 9th in a WBC 135-lb title eliminator to decide on the mandatory for Haney.

With Jo Jo Diaz now the mandatory to Haney, the correct move by the WBC should have been for them to order those two to fight. If Jo Jo Diaz refuses to fight Haney, he should be stripped of his WBC interim lightweight champion as well as his mandatory status.

The WBC could then order a new title eliminator between the next available and willing contenders in their top 15 rankings at 135.

With the way the WBC did it in ordering Jo Jo Diaz Jr. to defend his interim title against Ryan Garcia, it looks like they don’t want to ruffle any feathers with those two fighters as well as with their promoters at Golden Boy. 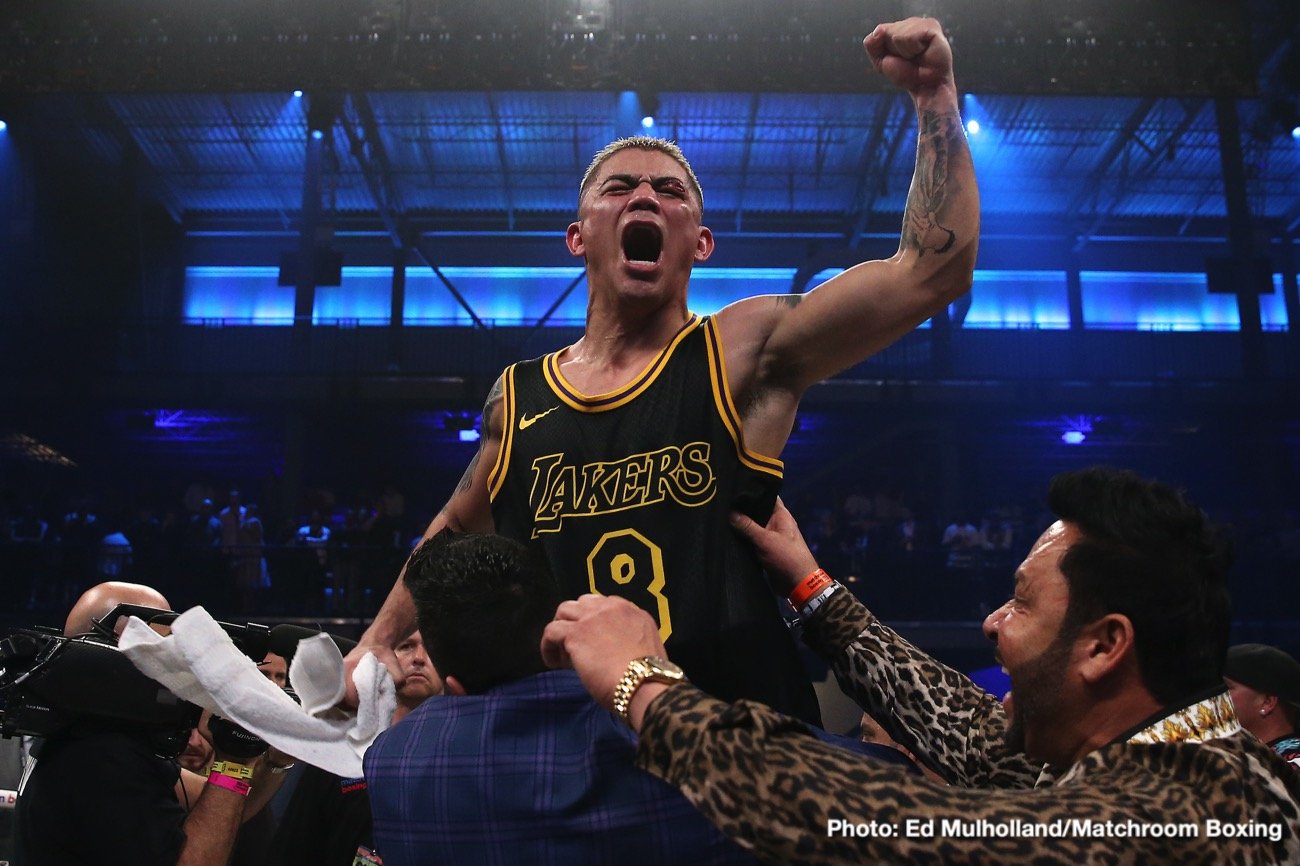 It’s unclear what the WBC’s intentions are for the #1 ranked Vasily Lomachenko. He currently has the highest rank among the contenders in the WBC’s top 15 at lightweight.

So instead of the WBC ordering Jo Jo Diaz Jr. to defend his interim 135-lb title against Ryan Garcia, they should have ordered him to defend against Lomachenko.

Both Diaz and Ryan have chosen not to take advantage of their mandatory status with the WBC after they won title eliminators for that belt at 135. Diaz beat Javier Fortuna by a 12 round decision on July 9th in a WBC 115-lb title eliminator, and yet he chose not to use the mandatory position to face the WBC champion Haney.

Last January, Ryan Garcia stopped Luke Campbell in the seventh round in a title eliminator. After Garcia won the eliminator, he too chose not to use his mandatory position to challenge Haney.

This week, Haney’s promoter Eddie Hearn was fit to be tied, complaining about Ryan Garcia and Jo Jo Diaz Jr. not using their mandatory positions to challenge for the title.

It’s too bad the WBC didn’t listen to Hearn and Jo Jo to face Haney or else lose his mandatory spot as well as his interim strap.

It’s good the WBC has ordered those two fights, but it’s debatable whether either of those fights will happen. We just saw Donaire bail on a fight with John Riel Casimero.

If Donaire decides he doesn’t want to fight the dangerous Gaballo, it wouldn’t be surprising if he gets upset and chooses not to accept it.


« Teofimo Lopez vs. George Kambosos Jr could be moved to October 16th at Barclays Center

Dillian Whyte rips Usyk, says he “tries to be weird” »