Coming up in less than a month, we will have two heavyweight championship contests in a span of two weeks. 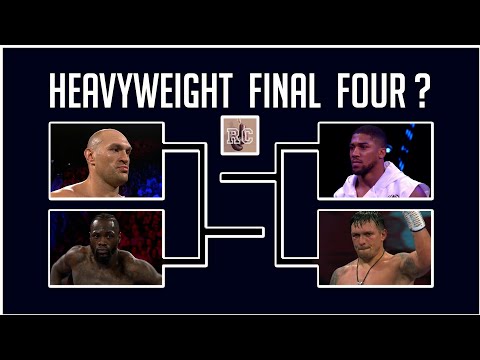 In an ideal world, considering the close proximity of these two championship bouts, one would hope that the winner in each of these fights would square off in a final showdown for undisputed heavyweight supremacy. But of course, all too often, boxing business and politics prevent the biggest fights from happening when they matter most.

Just look at how long it took for a mega bout between Floyd Mayweather Jr and Manny Pacquiao to finally take place. That was a situation where the fight created insane demand way back in late 2009, and yet it did not happen until May 2015, during which time both fighters deteriorated considerably. All too often in boxing these days, the best simply do not fight the best which is a shame.

But right now the heavyweight division has a huge opportunity. The last undisputed heavyweight world champion was the great Lennox Lewis, who unified the three major alphabet bodies of his day while having a valid claim to the lineage. Lewis earned this distinction when he defeated Evander Holyfield in their rematch in November 1999, following their controversial draw that March. That was the last time the major titles were all unified by one heavyweight, this back before the WBO was viewed as a major world title. That was more than 20 damn years ago!

This edition of Rummy’s Corner will provide a quick look into the current heavyweight landscape as it relates to the two upcoming championship bouts, Joshua vs Usyk on September 25, and also Fury vs Wilder 3 on October 9. Please watch and enjoy the video for one man’s opinion on the match-up.


« Dmitry Bivol vs. John Ryder possible for Whyte card on Oct.30th in London