Tim Bradley: I hope Oscar Valdez gets knocked out 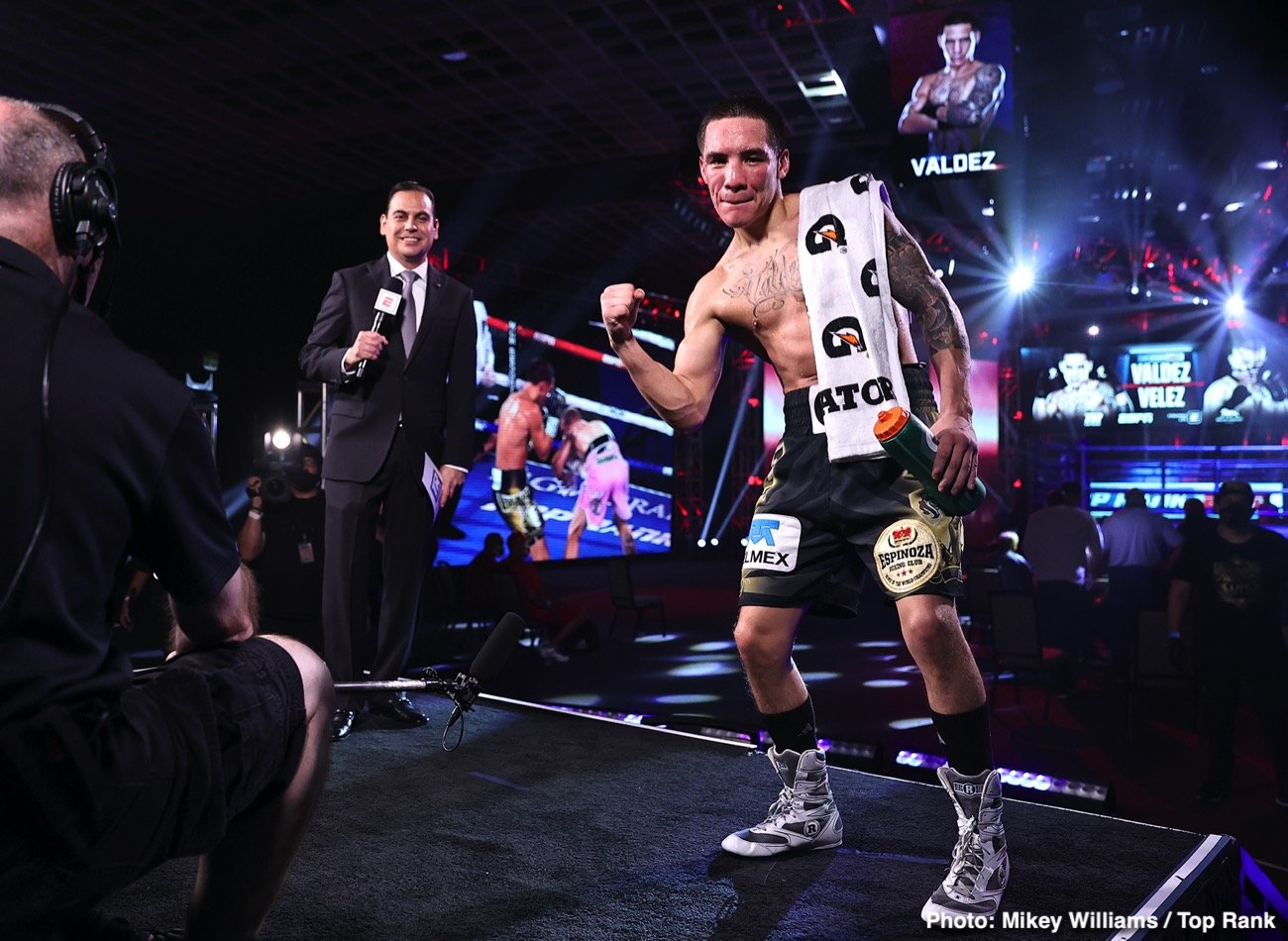 By Dan Ambrose: Tim Bradley has come out against Oscar Valdez saying that he’s upset about him being given clearance to fight on September 10th despite testing positive for the banned substance phentermine during a VADA test.

The World Boxing Council has reportedly cleared Valdez (29-0, 23 KOs) to go ahead with his title defense against challenger Robson Conceicao (16-0, 8 KOs) on September 10th in a Top Rank promoted card at the Casino Del Sol in Tucson, Arizona.

According to ESPN, the WBC doesn’t view phentermine as a PED, even though it’s one of the banned substances on DAZN’s list.

Bradley wants Valdez to be knocked out

The ESPN commentator and former two-division world champion Bradley says that he hopes Valdez, 30, gets knocked out by Conceicao next weekend.

If Valdez is in the same shape he was in for his last fight against former WBC 130-lb champion Miguel Berchelt, he’ll likely make easy work of Conceicao on September 10th.

Valdez looked better than he’d ever looked before in beating what many boxing fans viewed as the #1 fighter in the super featherweight division in Berchelt.

The stamina problems that have plagued Valdez for much of his career were nowhere to be found in that fight, as looked as fresh as a daisy when he knocked Berchelt out in the 10th round.

A question that many boxing fans have is whether Valdez was using phentermine to prepare for his fight with Berchelt? If so, did he use it right up to the day before the fight?

If your Berchelt, you can’t be happy at learning that Valdez getting popped for phentermine, and then not being stripped of his title by the WBC and still allowed to defend the belt against Conceicao.

“I hope he knocks him the hell out,” said Timothy Bradley to ESPN on his wish that Oscar Valdez gets stopped by challenger Robson Conceicao on September 10th.

“If this fight goes on and nothing changes, I hope he [Valdez] gets KNOCKED out, seriously, and I’m a fan of Oscar Valdez. I’m hurt by this. I’m really hurt by this.

“I want on national TV, live TV, and said this guy is now my hero after he defeated [Miguel] Berchelt. I’m sick to my stomach over this situation.

“Whether it’s [hebal] tea or not or whatever it is. Nobody cares about that. He tested positive, so everybody can think whatever the heck they want to think.

“I’m thinking you’re dirty, my friend. That’s just it. I’m done, move on. I’m done,” said an angry Bradley reacting to Valdez being let off without being penalized for his positive test for the banned substance phentermine.

.@Timbradleyjr was a fan of Oscar Valdez and even called him his hero after that KO of Miguel Berchelt, but now, he believes Valdez is “dirty” and says “I hope [Robson] Conceicao knocks him the hell out. … I hope he get knocked out. Seriously.”