The performance by both fighters left many boxing,, and MMA fans disappointed, as they thought they would get more for their money on Showtime PPV.

It was a bank heist similar to Floyd Mayweather Jr’s recent exhibition match against Logan Paul and his 2017 fight against Conor McGregor.

Mancini, known for his courage, was not pleased with seeing how scared-looking Jake and Woodley were. Neither of them was willing to put it on the line, and it was sad because they’d talked so much trash in the run-up to the fight.

While the event is rumored to have brought in over one million pay-per-view buys but it left fans feeling ripped off. The Jake vs. Woodley fight was so poor that it has likely ruined their chances of selling a rematch.

Mancini says the former UFC champion Woodley (0-1) landed the better shots, was the aggressor, and deserved the win.

With that said, Mancini isn’t surprised that Jake was given an eight round split decision because he sells tickets, and Woodley doesn’t. It comes down to business, says Mancini.

The former WBA lightweight champion says cruiserweight Jake (4-0, 3 KOs) fought scared and wanted to run around the ring to avoid getting beaten up by Woodley.

As far as seeing a second fight between Jake Paul and the 40-year-old Woodley, Mancini says he has zero interest in seeing them battle a second time. He feels that neither of them can fight a lick, and it will not be good for them to meet in a rematch.

“If Woodley ain’t in it, there ain’t no fight. [Jake] got exposed for what he is. Woodley won that decision.

“What else are you going to say? We know that one guy [Jake] sells tickets,, and the other guy don’t mean a whole lot. It’s called show business for a reason. Business comes long before the show.

“[Woodley] was the aggressor and was actually landing the more effective punches,” said Mancini.

The missed call on Woodley dropping Jake in the fourth round was troubling, and the scoring was wacky by the two judges that gave the fight to Paul.

If Jake does continue, he’ll likely choose to fight Woodley because he fights scared and doesn’t let his hands go the true boxers do.

Woodley is similar to McGregor, who was used to hurting his opponents with the light gloves inside the octagon.

Both those guys, adapt their games by throwing more punches when they got inside the square circle.

During training camp, Woodley should have figured out that he’s going to need to throw a lot more punches per round than when he was competing in MMA, but he failed to do so.

That makes you wonder whether he had the right training because a good boxing coach would have ensured Woodley threw more shots.

“No, for what?” said Mancini when asked if he wants to see a rematch between Paul and Woodley. “I didn’t want to see this bullcrap now as it is.” 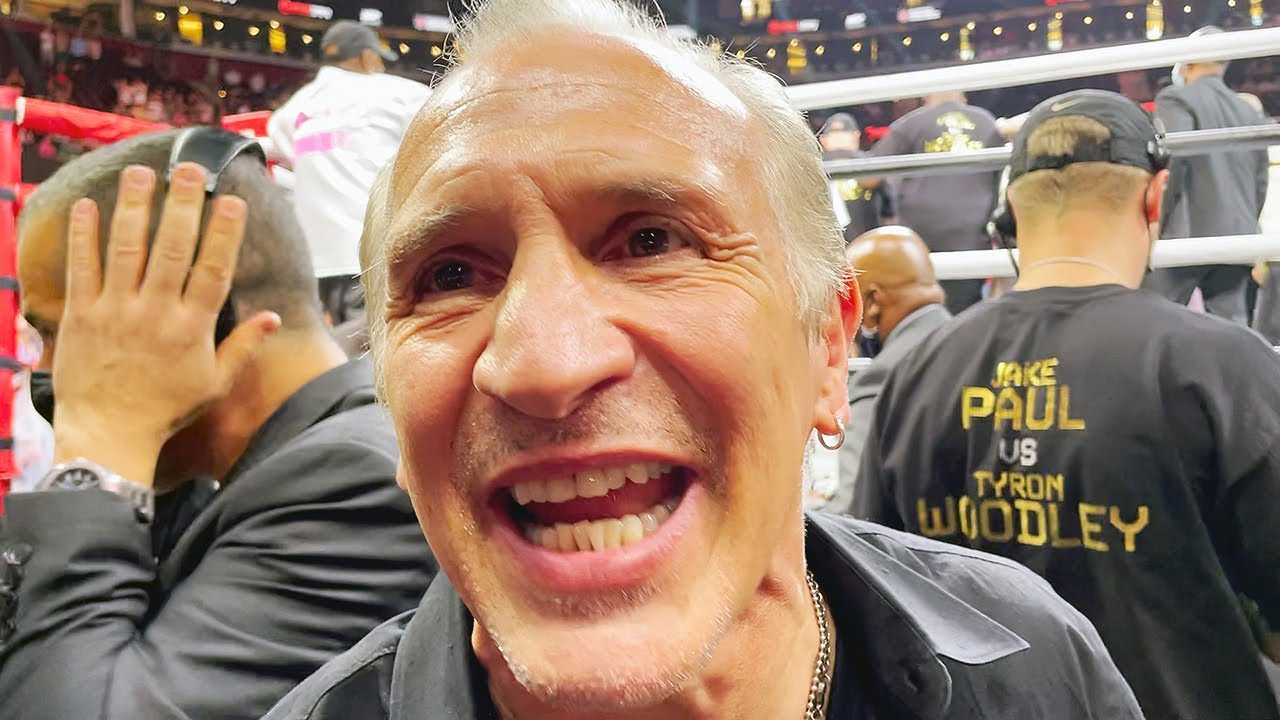