By Barry Holbrook: Joe Joyce isn’t sure which version of Anthony Joshua will turn up for his title defense against WBO mandatory Oleksandr Usyk on September 25th.

#2 WBO Joyce wonders whether Joshua (24-1, 22 KOs) will be using his new adopted Klitschko fighting style against the unbeaten Usyk (18-0, 13 KOs) or if he’ll look to bomb him out with big shots on the night.

Joshua, 31, is facing what could be the toughest of his eight-year professional career against the crafty southpaw Usyk, who has bulked up for this fight.

We don’t know how Usyk will look and how hard he’ll be hitting with the additional weight that he’s packed on his 6’3″ frame. In Usyk’s last fight in the heavyweight division against Derek Chisora on October 31st last year, he weighed 217 lbs and showed very little power.

For the Joshua fight, Usyk is expected to weigh in the low 230s, and he could possess more pop on his punches.

As we’ve seen in the past, Joshua’s punch resistance and stamina aren’t exactly the greatest for a fighter that has his huge following.

Usyk could make it tough for Joshua

“It’s an interesting one because I wonder what Joshua is going to do, and I wonder what Usyk,” said Joyce in giving his view on Anthony Joshua’s September 25th title defense against WBO mandatory Oleksandr Usyk in London, England.

“Usyk is putting on a little weight, and I know he’s going to be on his footwork, head movement, and stuff.

“Is AJ going to be working on his jab to keep him at range kind of like [Wladimir] Klitschko style, or is he going to try and go in and take him out?

“But I’m sure that if that shots there and he lands cleanly, it’s going to be lights out for Usyk. But can he hit Usyk, or will it go the distance?

“Usyk is good at avoiding punches, using his footwork, and stealing it. It could go 12 rounds, but we’ll see,”  said Joyce.

If Usyk can put Joshua under duress, forcing him into the later rounds, he could knock him out. With Joshua, he’s capable of gassing out even in the early stages of his fights.

For example, against Wladimir Klitschko, Joshua was gassed after six rounds. However, for Usyk to get Joshua to the stage where he’s winded, he’s going to need to get in the trenches and trade at a furious pace. That’s dangerous to do against Joshua.

“It should be a good night, and hopefully, we can make that fight,” said Joyce about his hopes for a fight against Joseph Parker. “Yeah, it’s a great fight.

“Yeah, let’s make that fight; it’s going to be a great fight,”  Joyce said about his hopes for a clash against former WBO heavyweight champion Parker.

“I think it was a good fight, but I’ll have to go back and rewind,” said Joyce when asked about his thoughts on Parker’s last performance against Derek Chisora on May 1st.

“And I saw it while it lasted. I didn’t stay up to watch it or anything, but I did see it afterward, and he did make short work of his opponent in typical style,” said Joyce about Daniel Dubois’ recent first round knockout win over Joe Cusumano on August 29th.

“Yes, he’s [Dubois] had his American debut now, and he’s got a bright future ahead. Just carry on following my career, and you’ll see the ‘Juggernaut’ shine,” said Joyce.

Joseph Parker (29-2, 21 KOs) hasn’t given any indications that he’ll accept the challenge from Joyce to fight him.

We saw in Parker’s last fight against Derek Chisora on May 1st that he’d lost a lot from his game due to the wear & tear that he took in his fights against Joshua and Dillian Whyte in 2018.

It’s fair to say that Parker will focus on his rematch with Chisora and then wait for his eventual title shot without taking any risks. 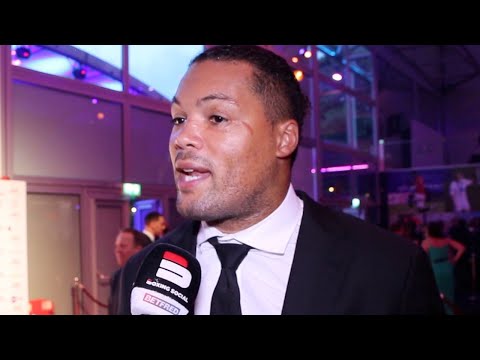 
« Shakur Stevenson toughening up for Jamel Herring fight on Oct.23