Haye says he wants to take Fournier to “deep waters,” meaning he wants to carry him into the later rounds. For Haye to do that, he’ll stay in first gear and not unload on Fournier the way he normally would in a real fight.

If Haye wants to continue to do this celebrity-type of fights moving forward, he’s going to have to make it look real tonight. It would be a bad look for Haye if he carries Fournier and takes it easy on him for the entire fight, as the boxing fans will remember that and won’t waste their money seeing him again.

It amuses and bothers Haye, 40, that Fournier believes he can win tonight and wants to show him how wrong he is. The boxing public believes Haye will go easy on Fournier because he’s not a great talent.

Haye (28-4, 26 KOs) hasn’t fought since 2018 due to injuries ending his career, but he says he’s healthy and has not had any issues during his one-month training camp.

“He’s telling everyone that if you want to bet your money, bet on him in the first round,” said David Haye to iFL TV about what his opponent Fournier has been saying. “I’m like, ‘Dude, you know I’m going to be in the other corner.’ We’re going to find out later on tonight.

“I’m going to purposefully take him to those deep waters. I’m going to slow cook him. I’m going to turn up the heat on him. I remember the first humbling I took. I was a young kid. As a professional against Carl Thompson, I was 24-years-old.

“I thought because I had a long streak of 10 fights with 10 knockouts, I was supposed to beat all those guys. But the first guy, I said, ‘I’m not going to listen to the script. I’m really going to come back at you, and I’m going to test your heart.’

“He [Carl Thompson] tested my heart, but my heart was okay. My fitness wasn’t, and my preparation prior to the fight wasn’t what it should have been. I found out in a painful way, and I think it’s going to be the same situation with Joe Fournier,” said Haye.

With Haye’s history of injuries, chin and stamina problems, it’s not a good idea for him to carry Fournier more than a few rounds because something could happen.

If Haye blows out a bicep or an Achilles like he’s done in the past, Fournier could win tonight.

“He punches hard, but I’m not worried about what’s coming back at me, to be honest,” said Haye. “Even if he lands something, I’ll land a couple of more on him.

“If he wants to go blow-for-blow, I can stand in range and work with him. I don’t have to box him. I can do anything. I can go southpaw, orthodox, I can do whatever I want. I’m going to have some fun in there tonight.

The sparring stories Haye has makes it even more clear that tonight’s fight could be a more scripted affair. Hopefully not, but that may be what we’ll see. 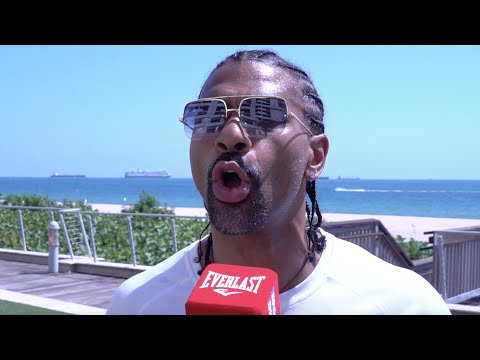