Ruiz Jr. felt that Joshua (24-2, 22 KOs) would be too strong for the former undisputed cruiserweight champion Usyk (19-0, 13 KOs), so they never considered the thought of him losing.

Joshua didn’t use movement or holding to tie up Usyk, as he’d done against Ruiz Jr. in their rematch in December 2019.

That was a fight in which Joshua took back his IBF, WBA & WBO heavyweight titles with a one-sided 12 round unanimous decision.

Andy believes Joshua will come back from the loss and still be a significant player in the division.

The former IBF/WBA/WBO champion Ruiz Jr. is coming off knee surgery for a torn meniscus. He says he’ll be back inside the ring in December against possibly Charles Martin or Adam Kownacki.

The 32-year-old Ruiz Jr. wants to get a win over Martin or Kownacki and then face former two-time world title challenger Luis Ortiz to get him a title shot.

“It surprised me because when I did an interview with ESPN, I thought Anthony was going to be the stronger man, and I thought he was going to box him around and use his abilities,” said Andy Ruiz Jr. to Fighthype on Anthony Joshua’s defeat to Oleksandr Usyk.

“He [Joshua] just stayed there; he wasn’t moving around and doing the same thing with me in the second fight with me. He ran around to make sure he didn’t get hit, and if he did, he would grab and move around. So he had a strategy. But for this fight [with Usyk], it didn’t go his way.

Joshua’s loss to Usyk surprised many people because they felt that he had the physical skills to win this fight if he’d only used them. Even Joshua’s promoter Eddie Hearn seemed nonplussed in trying to make sense of his loss.

Hearn wanted Joshua to employ his size & power and steamroll the smaller Usyk, but he wouldn’t do it.

When Joshua had a chance to throw uppercuts and rough Usyk up when they were in close, he did nothing. It looked like Joshua showed Usyk too much respect and didn’t want to go all out on him.

When Joshua did land shots to the head and body, you could see that he was hurting Usyk. The body shots that Joshua hit Usyk with visibly affected him.

But was odd was how Joshua failed to keep throwing punches to Usyk’s midsection. Was Joshua’s trainer Rob McCracken failing to remind him to keep going to the body, or was AJ unable to listen?

“You can’t blame everybody,” said Ruiz Jr. when asked whether the criticism being aimed at Joshua’s trainer Rob McCracken is valid for him failing to prepare him enough to win.

“Every fighter has got to take responsibility for themselves. It was probably the wrong strategy, and he [Joshua] probably underestimated him like I did with Chris Arreola.

“But we both got caught, but thank God, I pursued and got the W. I think Anthony Joshua is still there and still strong.

‘He kind of felt scared and was holding back a little bit. Maybe it was the lefty of Usyk of his style and how he moves. I thought they both could have done better, but congratulations to Usyk.

Joshua looked worried at times and not at all comfortable with letting his hands go. He wanted to make sure that when he threw, he had a good chance of landing. It was a negative feedback mechanism.

When Joshua missed, he became even more reluctant to throw, which made it worse for him. If Joshua had thrown a lot of shots in a machine-gun fashion, it wouldn’t have mattered that he was missing.

Joshua would have landed enough punches to score a knockout of Usyk. It wouldn’t have been pretty to watch from a technical standpoint, but it would have been effective.

I just had surgery. Right now, this was my first week at the gym,” Ruiz Jr. said. “We’re going to take it slow, get back in shape, and see who’s next in the sport.

“They were giving me medicine for it. But the doctor told me it would be better for me to get operated on and be 100%. I feel good and blessed. Hopefully, I should get back in there in December.

“He’s a good friend of mine, but inside the ring, it’s all business,” said Ruiz Jr. about a potential fight between him and Charles Martin.

“Eventually, we’re going to bless each other. I think fighting a lefty would be perfect. I think it would be a perfect style for me. Then I could move on to Luis Ortiz or someone like that.

“That’s why I’m back in the gym, and that’s why after surgery, I came back to the gym trying to get prepared,” said Ruiz Jr. when told that he could get a title shot in late 2022.

“I don’t want to make the same mistake that I did in my last fight with Anthony Joshua in the second one. My mind is just focused on getting those belts back,” said Ruiz.

With Adam Kownacki fighting a rematch with Robert Helenius on October 9th on the undercard of Tyson Fury vs. Deontay Wilder III, there’s no point in Ruiz targeting him. Helenius will likely knockout Kownacki again as he did the last time he fought.

As a former world champion, Ruiz should feel confident enough to take on the 42-year-old Luis Ortiz in December rather than needing a tune-up against Charles Martin.

If Ruiz Jr. can’t beat Ortiz at this stage in his career, he shouldn’t be trying to get another world title shot. 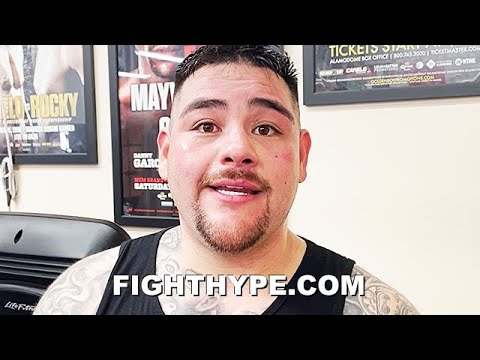