By Sean Jones: WBO welterweight champion Terence Crawford and Shawn Porter have until the end of this week to iron a deal, or the match will be heading a purse bid for their World Boxing Organization-ordered fight.

Dan Rafael is reporting the bad news on the Crawford – Porter negotiations, and it’s not looking good for this bout to get put together speedily.

Crawford – Porter is risky, as it would have to be on pay-per-view to balance out the huge purses these two fighters will be asking for. Putting it on PPV is a risk because neither of these guys is a huge draw.

With Porter being signed with PBC and Crawford with Top Rank, the problems those two companies have to reach a deal aren’t unexpected.

Crawford and Power want top dollar obviously, and it’s got to be tempting to let it go to a purse bid after seeing big money undisputed lightweight champion Teofimo Lopez is making for his non-marquee fight against IBF mandatory George Kambosos Jr.

If Teofimo can get $4 million+ for a low-level fight like that by going through the purse bid process, just imagine what Crawford (37-0, 28 KOs) and Porter (31-3-1, 17 KOs) can make for their MUCH bigger fight. 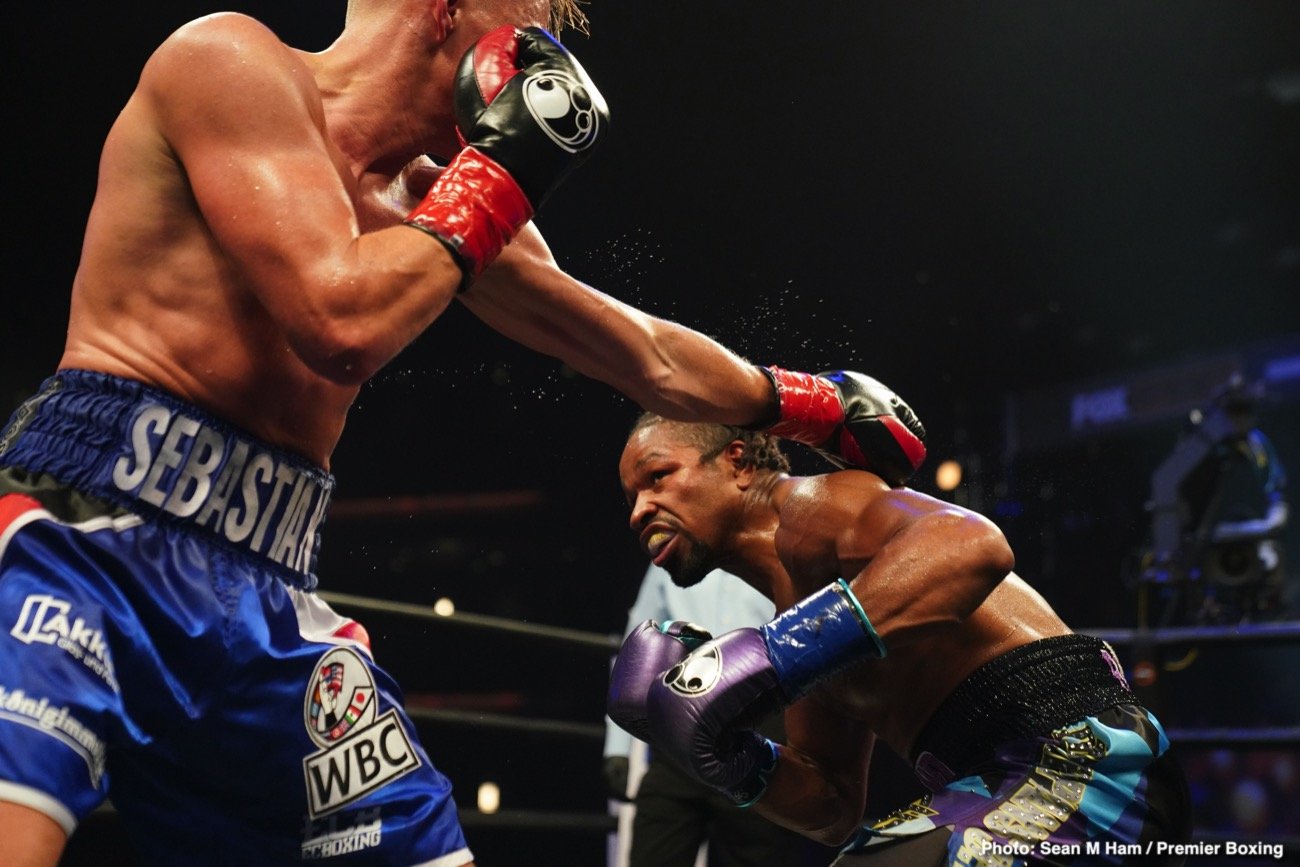 Given what a nightmare it’s been for Triller in trying to get the Teofimo vs. Kambosos Jr fight staged, this writer wouldn’t be surprised if they never bid on another fight involving a popular boxer.

There’s absolutely no comparison between the Crawford-Porter fight and the mismatch between Teofimo and Kambosos Jr. The question is, will Triller Fight Club be willing to put in a huge bid to win the ‘Bud’ Crawford vs. ‘Showtime’ Shawn Porter fight?

Was told today that he fight is likely headed to a purse bid. They have until end of this week to make a deal or the bid will be scheduled by the WBO. https://t.co/G4Ig1IvAxd

It’d be great for the boxing public if DAZN were to win the purse bid to put on Crawford’s defense against Porter rather than Triller, as fans would be able to see it without having to pay a bunch of dough on PPV.

However, it’s unclear whether DAZN will be willing to put down a huge amount of money to win the purse bid for the Crawford fight. As seen in the past, Crawford isn’t a real huge draw, and he might not bring in a lot of new subscribers for a fight with Porter.

If this Errol Spence Jr or Manny Pacquiao fighting Crawford, it would be a no-brainer for DAZN to pay a boat-load of green to win the purse bid, but that’s not happening at the moment.

Crawford has got to get his title defense against Porter out of the way before he can look to fight Pacquiao or Spence.