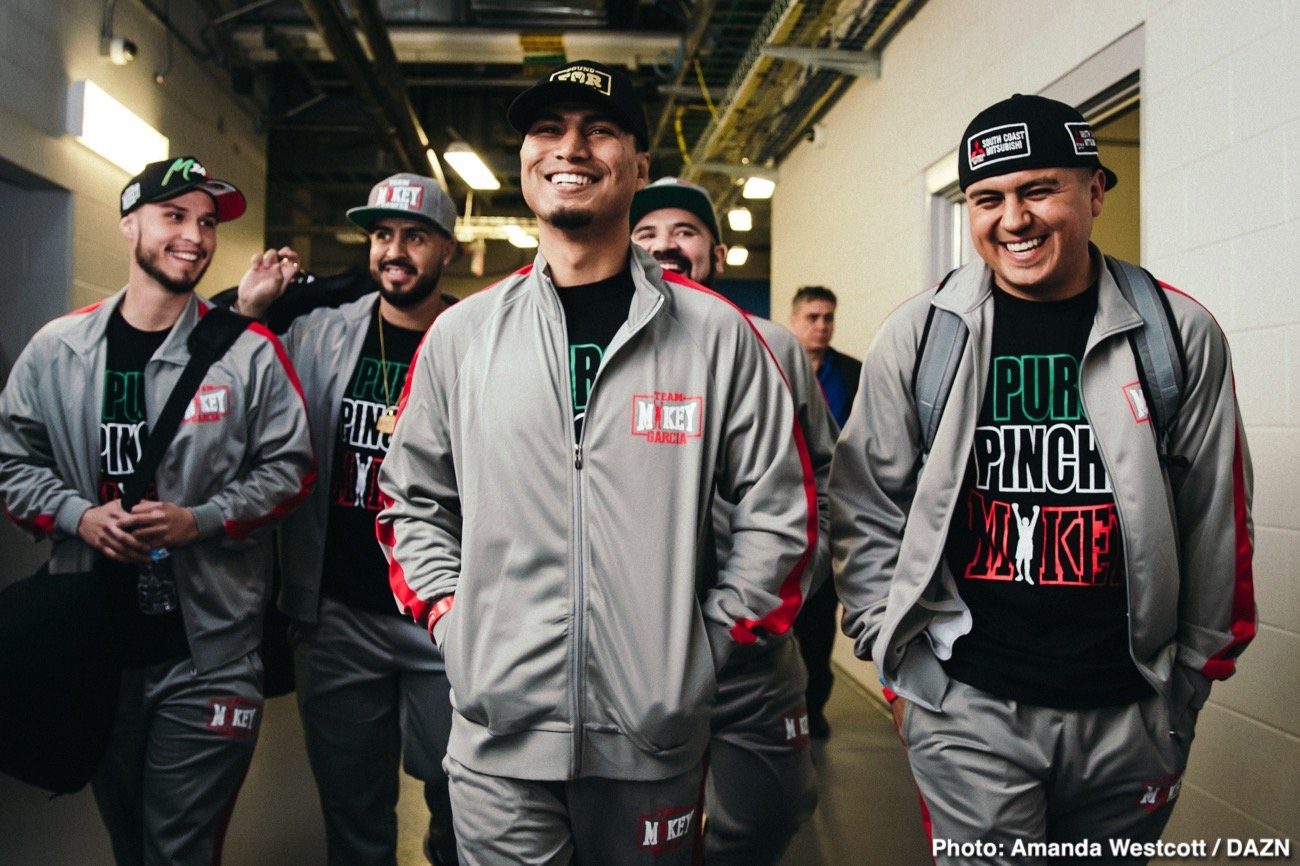 By Dan Ambrose: Eddie Hearn is in talks with Mikey Garcia to have him fight next month on September 18th on his card on the Mexican Inpendendance Day holiday weekend. This will be a stay busy fight for Mikey.

Mike Coppinger is reporting Matchroom Boxing promoter Hearn in talks with Mikey. No word about who Mikey’s opponent would be.

It’s disappointing that Mikey is looking to have yet another get-back fight because he hasn’t fought a quality fighter since his lopsided loss to Errol Spence Jr in 2019, and he’s zero since that fight other than fighting the washed Jessie Vargas a year ago.

That fight looked like it should have been scored a draw, as Mikey ran out of gas after five rounds and was badly outworked by Vargas in the seven rounds of the contest.

Fans want to see Mikey fighting quality opposition because he’s been sitting around, giving interviews on YoutTube, talking about cars a lot.

Mikey in another stay-busy fight

It’s unclear whether Mikey will get the same big payday for appearing on the September 18th card as he did last year for his stay-busy fight against fading former two-division world champion Vargas.

Mikey reportedly received $7 million for the Vargas fight, which is obviously a huge amount given how little Jessie has done with his career since losing to Manny Pacquiao in 2016.  That was a lot of money for a stay-busy fight for Mikey. 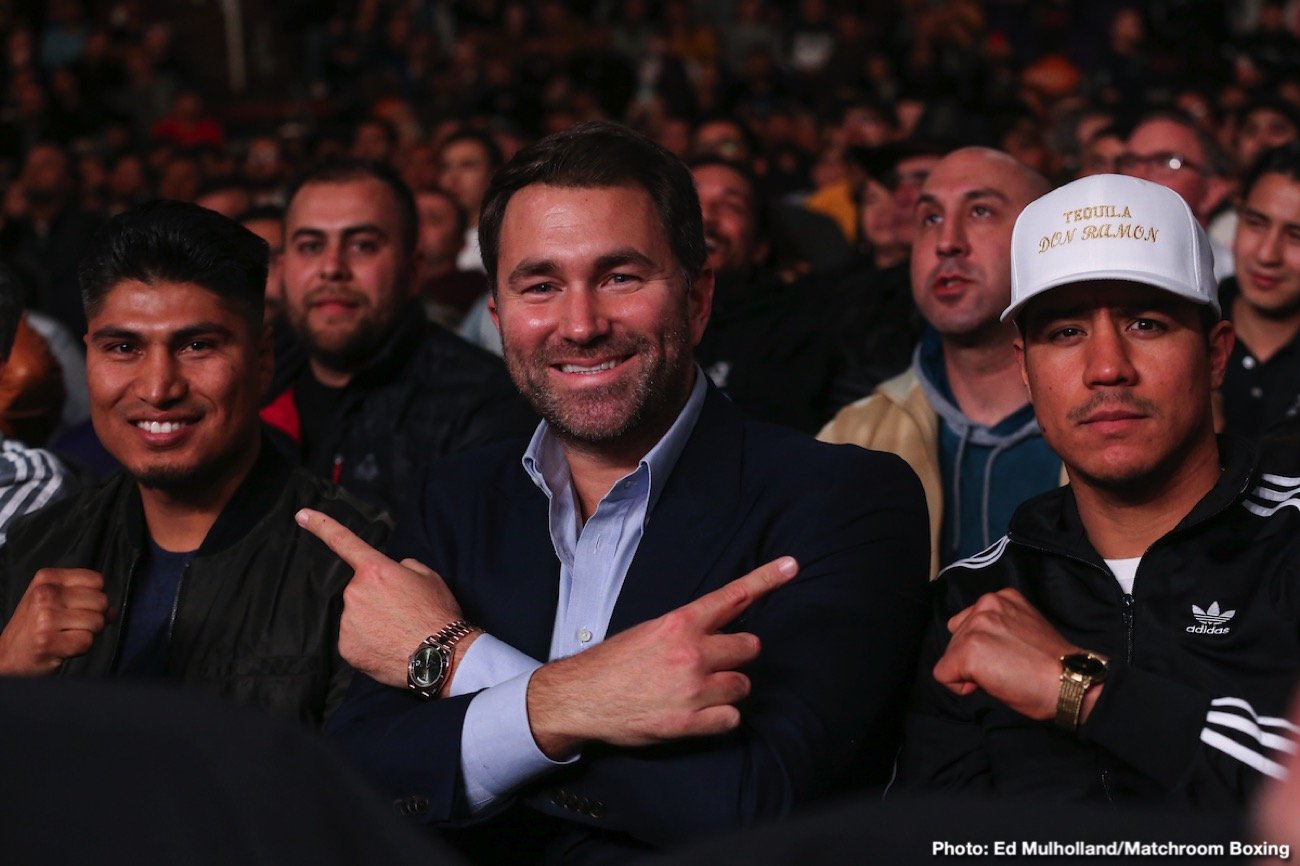 Mikey had been in negotiations for a fight against former WBA light welterweight champion Regis Prograis, but now Hearn is looking to add Garcia to his September 18th card.

Supposedly, the tune-up match for Mikey on September 18th would be used to prepare him for a fight with Regis Prograis. However,  MP Promotions president Sean Gibbons said on Thursday that he’s interested in using Mikey as an opponent for Manny Pacquiao’s “swansong” final fight of his career.

If that’s the case, it’s improbable that Mikey will fight Prograis because there would be too high of a risk of him losing and ruining his chances of being used as the opponent for Pacquiao.

“It’s very disappointing to hear that Mikey backed out. I was really looking forward to {it},” said Prograis via @MikeCoppinger. “Since they mentioned his name I’ve been training even without a date.

“Mikey is a real guy and I never would’ve thought he would back out of this fight. It’s taken me by surprise.”

“Sources: Mikey Garcia and Eddie Hearn are in discussions about a return to the ring on Sept. 18 on Mexican Independence Day Weekend. Garcia was in talks to fight Regis Prograis on DAZN but now trending toward a stay-busy fight before fighting Prograis,” said @MikeCoppinger.

“I like the Mikey [Garcia] fight because Manny matches up so well with the size-wise,” said MP Promotions president Sean Gibbons to ESNEWS on Pacquiao vs. Mikey.

“They’re both really 140-pounders, so that would be a great finish. To me, it’s like a swansong, a thank you, Manny Pacquiao, fight for everything you’ve given.

“The guy [Pacquiao] was taking on Errol Spence, the best welterweight in the world, but unfortunately, issues happened with his eye. But that kind of challenge is what Manny is all about.

“So he deserves to have a nice just kind of give-back [against Mikey], you know? To the fans and to himself,” said Gibbons in making it clear he wants Pacquiao to face Mikey in his final fight.


« Errol Spence could be out for one year, compromising plans for Pacquiao fight in early 2022