Canelo vs. Plant = ‘The Fight everybody wants’ – says Eddie Hearn 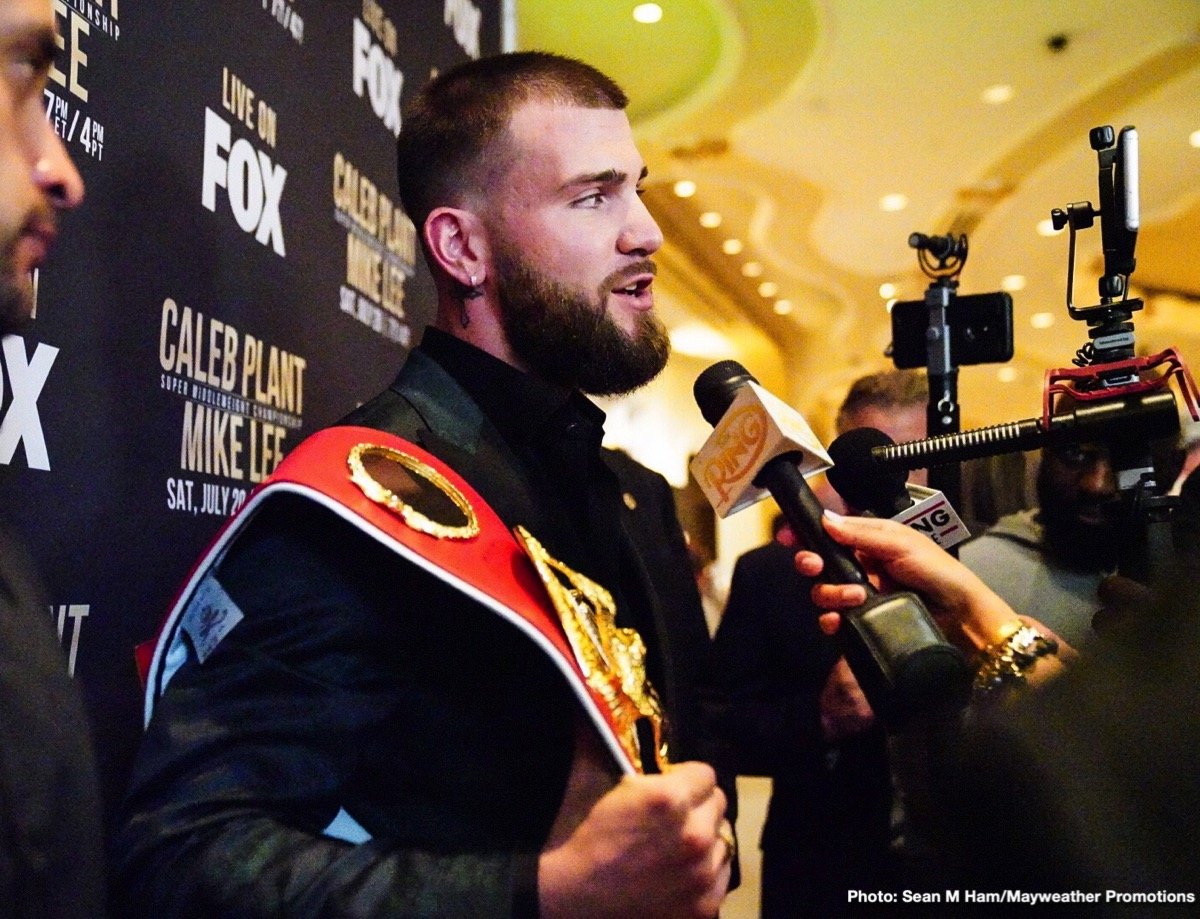 By Max Schramm: Promoter Eddie Hearn says the negotiations are going well for the Canelo Alvarez vs. Caleb Plant fight for November, and he’s hoping to make an announcement soon.

Hearn must have mixed emotions about Canelo (56-1-2, 38 KOs) changing his mind about fighting Dmitry Bivol, who he promotes, and deciding to face IBF super middleweight champion Plant (21-0, 12 KOs), a fighter signed with PBC.

Normally, when Hearn is excited about a fight, he talks endlessly about it in enthusiastic terms. Still, with Canelo vs. Plant, he’s been repeatedly saying, “that’s the fight that everybody wants.”

Hearn doesn’t say who specifically he’s talking about when he makes this statement about “everybody” wanting to see Canelo – Plant because it’s pretty obvious that this ISN’T the fight that the general public wants to see.

This is the fight that CANELO wants, not “everybody,” as Hearn keeps saying.  When Hearn says “everybody’ wants the Canelo vs. Plant fight, he sounds disingenuous, as if he’s saying it because he has to, not because he wants to.

“Obviously, Canelo and Plant, that’s moving forward. We’ll see where we get to with that,” said Eddie Hearn to Behind The Gloves.

NEWS:   Are There Too Many Champions, Contenders & Organizations?

“I think it’s in a good place, and obviously that’s the fight that everybody wants. So hopefully, we get an announcement soon on that,” said Hearn on the Canelo vs. Plant fight.

The truth is, the Canelo vs. Plant fight is the one the Mexican star wants to get an easy title and impress a certain number of casual boxing fans, but obviously not the hardcore fans or Hearn.

Hearn would likely prefer to see Canelo fight these fighters:

Of those guys, Hearn works with Bivol, Andrade, Andrade, Gongora, and Golovkin. If it were up to Hearn who Canelo fights next, he would pick one of those guys, possibly Andrade, as he’s the neediest of a big fight of that bunch.

Canelo has got to know that Hearn would prefer to see him fight one of his guys next rather than the PBC-managed Caleb Plant.

It’s not just that, though. It’s better for DAZN if Canelo fights one of the fighters that compete on their platform, which would be GGG, Andrade, Gongora, and Bivol.

Canelo hasn’t been pushing for the dangerous fights

It’s not all that surprising that Canelo isn’t pushing to fight those fighters because they’re arguably much better fighters than Caleb Plant, and they would have a chance of beating him.

With Plant, Canelo has another sure-thing win and a massive easy money payday like the ones he’s been getting since 2018.

Really, Canelo has taken the soft path since 2018, beating these softer targets:

Compared to the fighters that Hearn wants Canelo to fight, these were easy marks and perfect for the Mexican fighter to defeat without the worry of losing.