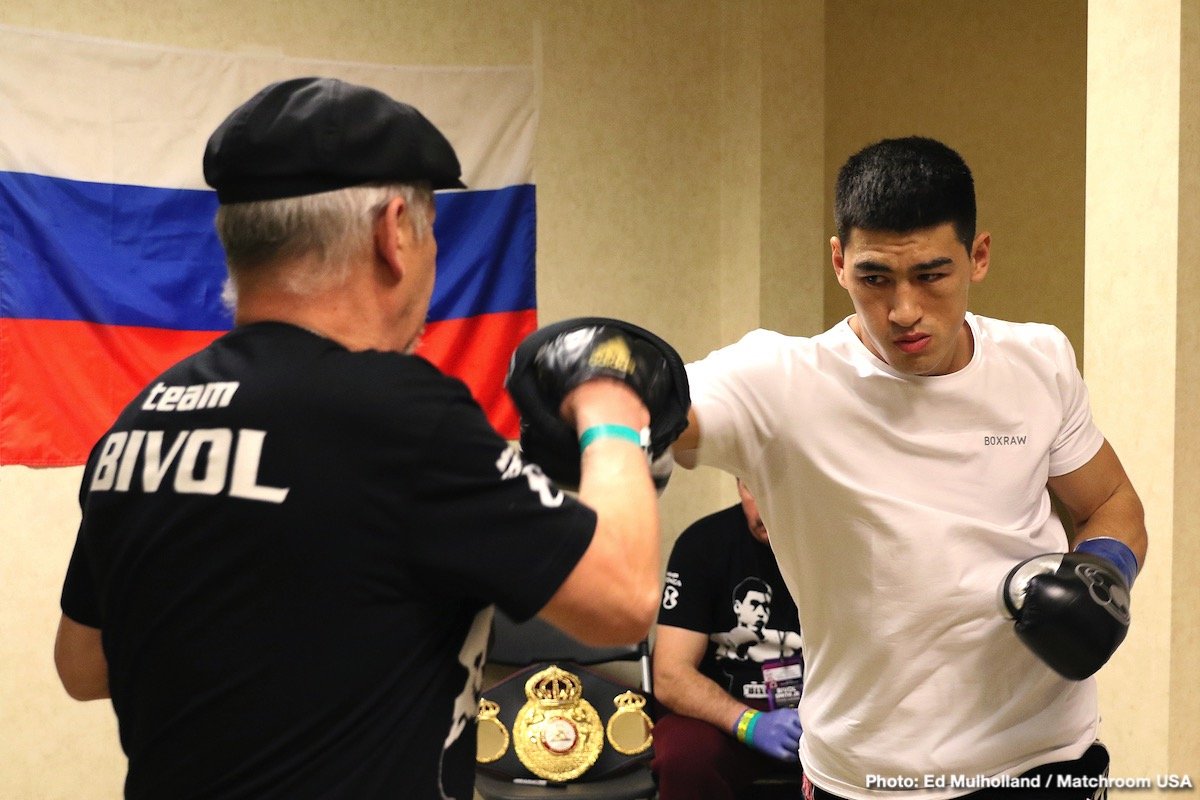 By Jeff Aronow: Dmitry Bivol’s manager Vadim Kornilov posted a statement on Canelo Alvarez choosing to abandon negotiations for a September 18th fight in favor of restarting talks with Caleb Plant for an undisputed clash in November.

Vadim states that while Canelo’s match with IBF super middleweight champion Plant (21-0, 12 KOs) will help his long-term legacy, the fight that the boxing world sees as the more compelling is against WBA 175-lb champion Bivol.

It’s more interesting for the fans when a fight is viewed as competitive, as the Canelo vs. Bivol clash would be. On social media, fans were ecstatic at the news of Canelo choosing to fight Bivol.

Canelo vs. Plant is viewed as a mismatch

They clearly preferred Canelo facing Bivol in a fight that they viewed as a true 50-50 match-up over the undisputed legacy bout with Plant.

Fans see that fight as a 100% gimme for Canelo, and it’s not nearly appealing, particularly with it being sold on FOX pay-per-view rather than the DAZN app.

To see Canelo fight Plant in what will likely be a mismatch, fans will need to pay $75 to see it on PPV.

Vadim says WBA/WBC/WBO 168-lb champion Canelo will need to make sacrifices for him to get the deal done for the undisputed fight with Plant in November.

Although Vadim isn’t saying what those sacrifices will be, the huge purse that Plant is asking for is one obvious one. Moreover, Plant’s management at PBC reportedly wants Canelo to agree to a two-fight deal. Whether Canelo will agree to this is unclear. 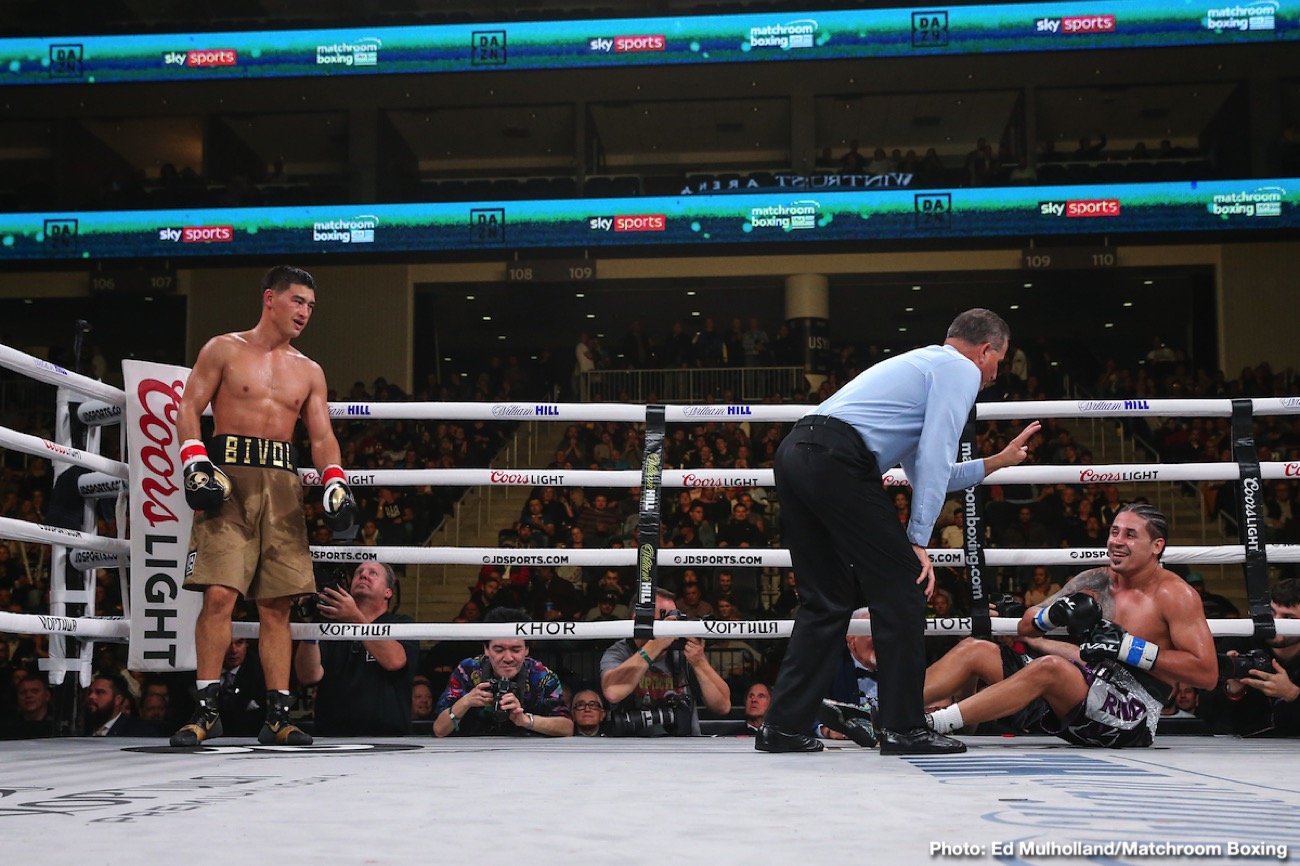 Canelo does want to fight Jermall Charlo, who is with PBC, and it makes sense for him to agree to a two-fight deal if he’s the second part. But if PBC wants Canelo to face former two-time WBC super middleweight champion David Benavidez in the second fight, Alvarez is likely to resist that idea.

Benavidez is a fight that Canelo hasn’t seemed interested in for some reason. The size, power, and youth of Benavidez (24-0, 21 KOs) is a deterrent for Canelo.

“I understand the Plant fight, of course, has the legacy factor. But I do believe that at this point, most fans found the Bivol fight more intriguing compared to Plant specifically,” said Bivol’s manager Vadim Kornilov via Lance Pugmire.

“When the fight is intriguing, and either guy can win, it makes it more attractive for everybody,” Kornilov continued. “Team Canelo will have to decide whether they will sacrifice certain things in order to get that undisputed claim, and they will have to sacrifice. 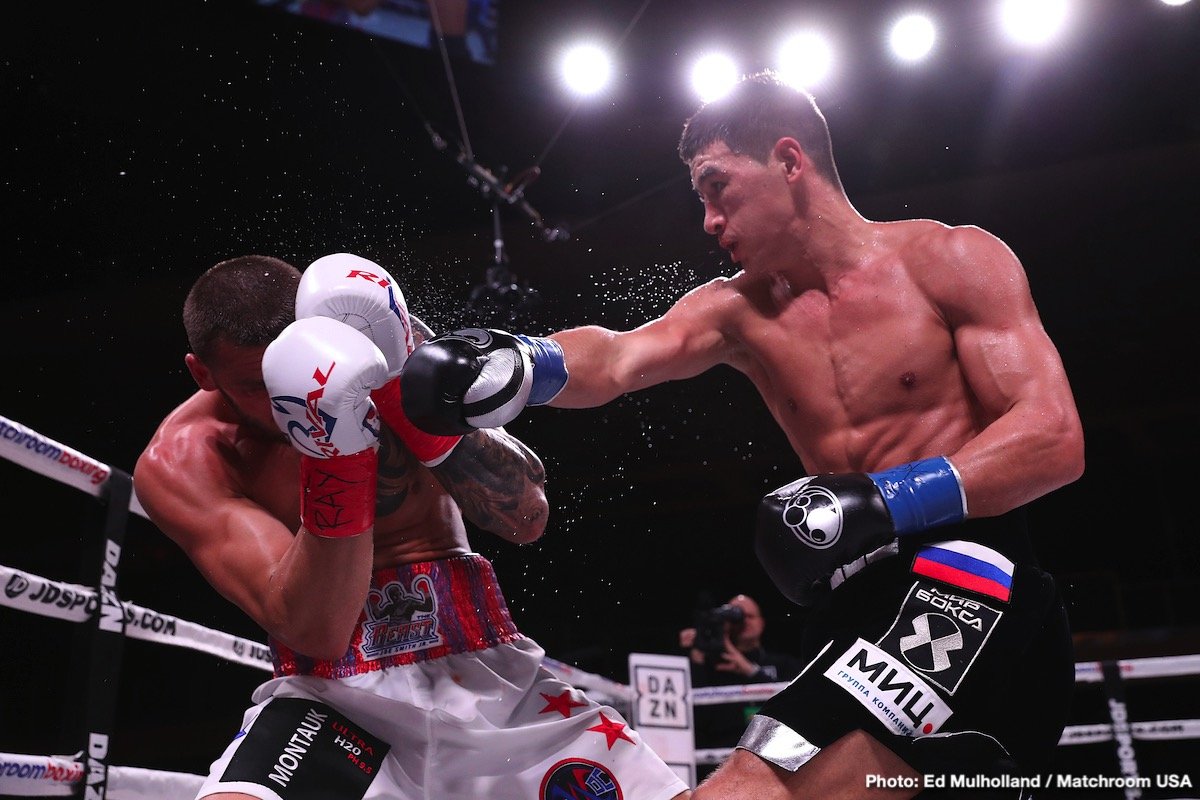 “They [Team Canelo] will have to sacrifice even if they do it in November. Or they can stay independent and make the moves they want, but this might involve taking on riskier opponents, as there are not many options remaining out there.”

“I am sure at some point we will be talking again, but I suspect it will be a different conversation. This time, it was a done deal,” said Bivol’s manager Vadim Kornilov.

It’s impossible to know what Canelo will do in the future after he faces Plant in November. Canelo clearly wanted the Plant fight in the worst way, and it’s easy to see why. Plant is another vulnerable belt-holder at 168, cut from the same cloth as Canelo’s last opponent Billy Joe Saunders.

A predictable fight for Canelo after Plant is Jermall Charlo, as he has shown interest in facing the Mexican star.

The boxing public wants to see Canelo face Jermall, and there’s money to be made for that clash. More importantly, Charlo (32-0, 22 KOs) looked beatable in his last fight against Juan Macias Montiel on June 19th, and that performance likely has Canelo eager to face the unbeaten fighter.