WBO president says Rigondeaux vs. Casimero is no unification

Valcarcel’s organization doesn’t view interim champions, regular or the champions in recess as true champions. The WBO President Valcarcel brings up a good point by saying that the Rigondeaux vs. Casimero fight can’t be a true unification clash.

Nevertheless, the Rigondeaux vs. Casimero fight IS viewed as a unification fight in the eyes of many boxing fans, and it doesn’t matter if someone tries to argue against them. They view the fight as two belt holders unifying the 118-lb division.

Please be advised that @WorldBoxingOrg ONLY recognizes @naoyainoue_410 as WBA Bantamweight Champion. WBO will never unify with Regular, Interim nor In Recess. We ONLY acknowledge 1 World Champion per weight division. Waiting on Rigondeaux’ request to be classified accordingly.

It doesn’t matter that the WBO doesn’t recognize the Rigondeaux-Casimero fight as being a unification clash. What’s important for the winner is that they advance to face the winner of the unification fight between IBF/WBA champion Naoya ‘Monster’ Inoue and WBC champion Nonito Donaire.

Whether the WBO views the Rigondeaux vs. Casimero fight as a unification, the reality is that whoever emerges out of that fight as the victor will fight the Inoue-Donaire winner. All 4 belts will be on the line when that match happens.

The two-time Olympic gold medalist Rigondeaux is taking the fight with Casimero after WBC 118-lb champion Nonito Donaire suddenly pulled out of the fight after being trash-talked by him.

Many boxing fans believe Donaire got cold feet when he realized what he was up against in facing Casimero, so he used his insults as an excuse to back out of the fight.

If the 32-year-old former three-division world champion Casimero can win this fight against Rigondeaux, it would be the best win of his 14-year-old professional career. Although Casimero has captured world titles in three weight classes, he’s never beaten anyone as talented as Rigondeaux before. 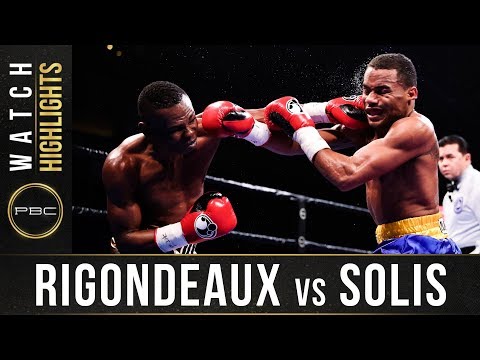 What’s important is that Rigondeaux and Casimero battle it out, and there’s a winner of the fight that can potentially fight the Inoue vs. Donaire victor. What would be a disaster is if the Rigondeaux vs. Casimero fight ends in a 12 round draw. The two would have to fight again to get a shot against Donaire or Inoue eventually.

Rigondeaux recently won the vacant WBA ‘regular’ 118-lb title with a 12 round split decision win over Liborio Solis last February. The victory was Rigondeaux’s third straight since losing to Vasily Lomachenko in 2017.

Casimero has got the power and the high work rate to give Rigondeaux issues, but he tends to open himself with his aggressive fighting style.