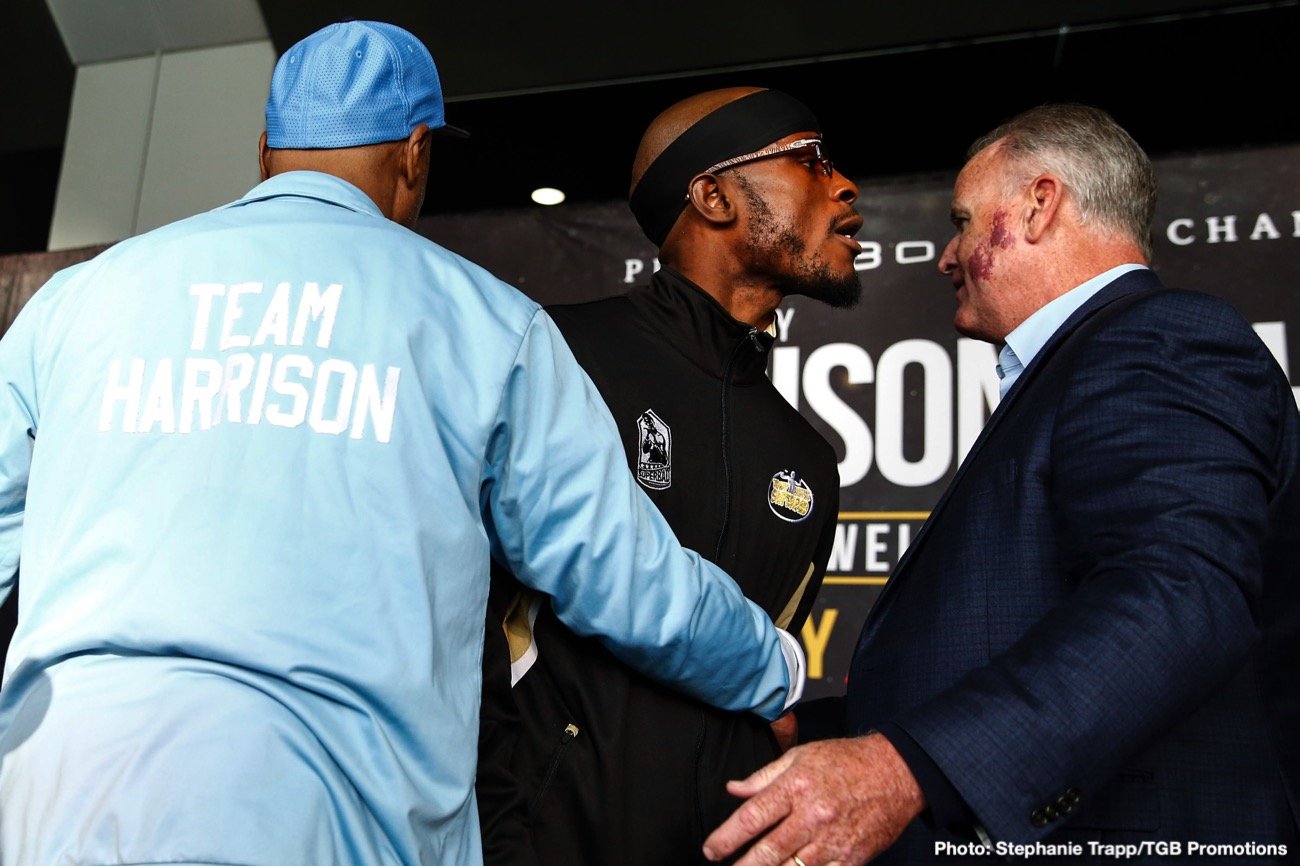 By Max Schramm: Tim Tszyu’s promoters at No Limit are reportedly interested in setting up a fight with former WBC 154-lb champion Tony Harrison for September to get him ready to challenge for a title in November or December against WBO champion Brian Castano.

The other two that are in the running for Tszyu’s next fight are former 154-lb world champions Liam Smith and Jack Culcay. Harrison, 30, is ideal because he’s well known in the U.S, and he holds a win over Jermell Charlo from 2018.

Those two fighters fought twice, with Harrison winning the first and Jermell the second. In both fights, Harrison gave Charlo a huge amount of problems with his ring IQ and power.

It makes all the sense in the world for Tszyu to fight Harrison rather than Culcay or Liam Smith, as it would show the boxing fans worldwide the difference between him and Jermell.

If Tszyu can beat Harrison in a more dominating fashion than Jermell did, it would let the fans know that he’s a force to be reckoned with. More importantly, it would give Tszyu the experience that he needs to tackle WBO champion Castano (17-0-2, 12 KOs) or Jermell (34-1-1, 18 KOs) if he has the title by then.

“Should Tszyu beat the extremely credible Harrison, No-Limit would want to move straight onto the Argentinian Castaño in a November or December title fight which, if held in Australia, would be our most significant event since Jeff Horn defeated Manny Pacquiao,” said Ben Damon of FOX Sports.

Harrison will likely be open to fighting the 26-year-old Tszyu, considering that it would put him in a position to challenge for the WBO 154lb title if he were to win. ‘Super Bad’ Harrison would like nothing better than to get a third crack at Charlo, who he made look silly at times with his trash-talking during their press conferences.

The two fighters were like a comedy team with the way they went back and forth. Harrison, with his quick wit, got the better of Jermell during their verbal exchanges. It was priceless to see the two on stage going back and forth with their put-downs.

Tszyu probably won’t be able to match Harrison in trash-talking if he gets him started, so he’d be better off playing it nicely at the press conferences.

Many boxing fans will be picking Harrison to beat Tszyu because he’s got a lot more experience than him, and he’s got the speed advantage.

For Tszyu to win this fight, he may need to knock Harrison out. We saw Harrison outboxing Charlo in both fights, which shows what kind of the Detroit native is. Harrison is one of the best fighters in the 154 lb division, regardless of losing his rematch with Charlo.

Last Saturday, both Jermell and his trainer Derrick James said that Harrison is a better fighter than Castano.