Spence will be 95 to 100% for Pacquiao says Shawn Porter

By Max Schramm: Shawn Porter estimates that Errol Spence Jr was only 80% for his last fight against Danny Garcia coming off his car crash. Porter feels that Spence (27-0, 21 KOs) will be greatly improved healthwise for the title defense of his IBF/WBC welterweight belts against Manny Pacquiao next month on August 21st.

That’s going to be difficult for the 42-year-old Filipino star, given his ripe age and the two years that he’s been inactive.

Pacquiao didn’t want to take a tune-up fight to prepare him for the fight with Spence. He feels he can win coming off a 25-month layoff.

Manny is a big fan of basketball, and you wonder if he believes a top team would be able to win in a final of a tourney if they didn’t compete for two years.

That’s what Pacquiao is up against trying to compete with the best welterweight on the planet after two years out of the ring.

“Going into what I was saying about ‘whoever strikes first.’ They’re both fast, and they come to the ring with great game plans,” said Shawn Porter to ESNEWS about the Manny Pacquiao vs. Errol Spence Jr fight.

“Errol, I think he comes with, ‘I’ll make adjustments, and then I’ll handle the business.

“Manny comes to the ring with, ‘this is what Freddie [Roach] and I have decided to do, and this is what we’re doing to do.’ I think when I say. ‘who strikes first,’ it’s whoever can implement their game plan and who can land that strong left hand first.

“Manny is fast. He can catch you off guard. If you speak with Keith [Thurman], he can really speak to the speed, and the movement and rhythm of Manny Pacquiao give a lot of guys problems.

“So when we speak to Errol making adjustments, he has to make that quick adjustment, or is Manny going to strike first?

“Then the other side is, Manny, if you can’t come out here and have your foot on the gas pedal from the opening bell, which we normally don’t see from Manny.

“But if that’s something he can’t do and he allows Errol to see his speed, his rhythm, and figure him out, Errol will figure you out. 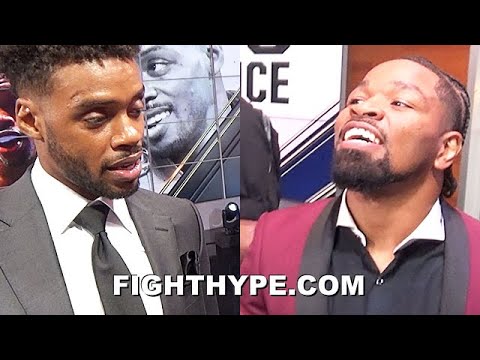 “When he does, he’ll find that speed that he likes, and he’ll put the cruise control on, and he’ll strike,” Porter said.

It will be a surprise if Pacquiao can knockout Spence with a single punch like he did Ricky Hatton in 2009.

Spence has got a pretty good chin, and Pacquiao hasn’t knocked anyone out since 2009 when he stopped Miguel Cotto.

Since then, there were guys that Pacquiao should have knocked out, like Chris Algieri, Brandon Rios, and Adrien Broner, but he didn’t.

Errol Spence has the power

“Strength has got to be Errol Spence Jr; he is the bigger man,” said Porter in rating Spence’s power over Pacquiao’s.

“We say that speed makes power. When we talk about Manny Pacquiao’s power, is it true brute strength, or is that snap that he has behind that speed that creates that power.

“I think Manny has a great knack for beating guys to the punch and really stinging them. He’s kind of like a scorpion.

“You get kind of paralyzed at that moment, and you stay there too long, and it’s all she wrote.

“But overall, we can say that Errol Spence, even though he’s younger, he’s the stronger man.

“And, of course, Errol Spence Jr, everything he’s been through and come through, and now just trying to continue his legacy,” said Porter.

Errol, 5’9 1/2″, has got the power in either hand to knockout Pacquiao, and he’s capable of doing it if he fights aggressively. Against Porter, Danny Garcia, and Mikey Garcia, Spence didn’t go all out looking for the KO.

It looked like, at times that Spence was intentionally slowing himself up out of respect for his opponents. Spence never pushed himself to go all out against those guys compared to how he fought some of the other fighters earlier in his career.

You could tell that he was trying to knock them out. Lately, Spence looks like he’s on cruise control, making sure the fights go the distance. For that reason, Pacquiao is probably safe from having to worry about getting stopped by Errol.

Spence should be 95-100 percent for Pacquiao

“I love this fight up and down for every reason you can imagine. And I can’t pick a winner. I don’t really want to pick a winner,” said Porter on the Pacquiao vs. Spence Jr fight.

“And I don’t like to make predictions, and I don’t want to pick a winner because I feel there’s so much greatness within this fight.

“I don’t want to narrow my mind to one thing and expect one thing, and I see a different result. 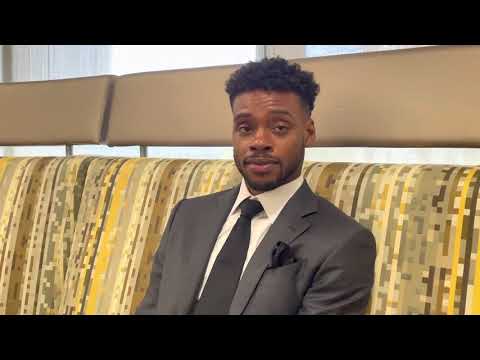 “Or being so narrow-minded about that to where I don’t see another outcome, I’m keeping my mind open to all possibilities, but the most open possibility that I have is who will land that straight left first.

“I would agree with his 80%, and that’s from being in the ring with him, of course, but studying him,” said Porter about Errol.

“I didn’t see that he was moving slow or anything like that. He has a little bit of spice, but I don’t think he had all his ingredients that night.

“I don’t think it took necessarily everything he had to beat [Danny] Garcia.

“I think Garcia is a little bit more one-dimensional than myself, so I think that helped as well.

Coming off the car accident in 2019, Spence looked like he wasn’t his old self in his last fight against Danny Garcia in December. If that’s as good as it gets for Spence from this point on, I’m not sure he can beat Pacquiao.

Spence has got to be able to get out of second gear for him to compete with Pacquiao because he’s not going to beat him, fighting slowly.

Hopefully, Spence fight at the level that he used to, as he’s not looking good and doesn’t sound well with the slow manner in which he’s talking since his car accident.