By Matt Lieberman: WBO light heavyweight champion Joe Smith Jr. is reportedly finalizing a two-fight deal with his first being a title defense against mandatory Omar Salamov (26-1, 19 KOs) in October or November, and the second fight coming against Daniel Jacobs in January or February at Madison Square Garden in New York.

Smith’s fight with Salamov will be at Madison Square Garden, a good location for the fight. Joe is from Long Island, New York.

Mike Coppinger of ESPN is reporting the news of the recently crowned WBO 175-lb champion Smith Jr’s two-fight deal. Both of those fights would be main events on ESPN & ESPN+.

Salamov not a household name in the U.S

Unfortunately, the first fight of the two for Smith Jr against Salamov (26-1, 19 KOs) likely won’t interest the casual boxing fans, who have never heard of this fighter. The Russian-born Salamov lives in Las Vegas, Nevada, but he’s fought most of his career in Eastern Europe.

After losing two out of three fights between 2017 and 2019, Joe Smith has turned his career around, winning his last three contests to become the WBO 175-lb champion. Smith’s three wins have come against these fighters:

Fans on social media are unhappy with the news of Smith Jr fighting Jacobs, who some see as a pampered fighter, who fails when he steps up against the elite-level opposition.

We’ve seen Jacobs lose to Dimitry Pirovg, Canelo Alvarez, and Gennadiy Golovkin. Jacobs didn’t exactly take the high road after his loss to GGG in 2017, complaining for many months that he felt he should have won. Jacobs definitely looked like the loser of that fight. 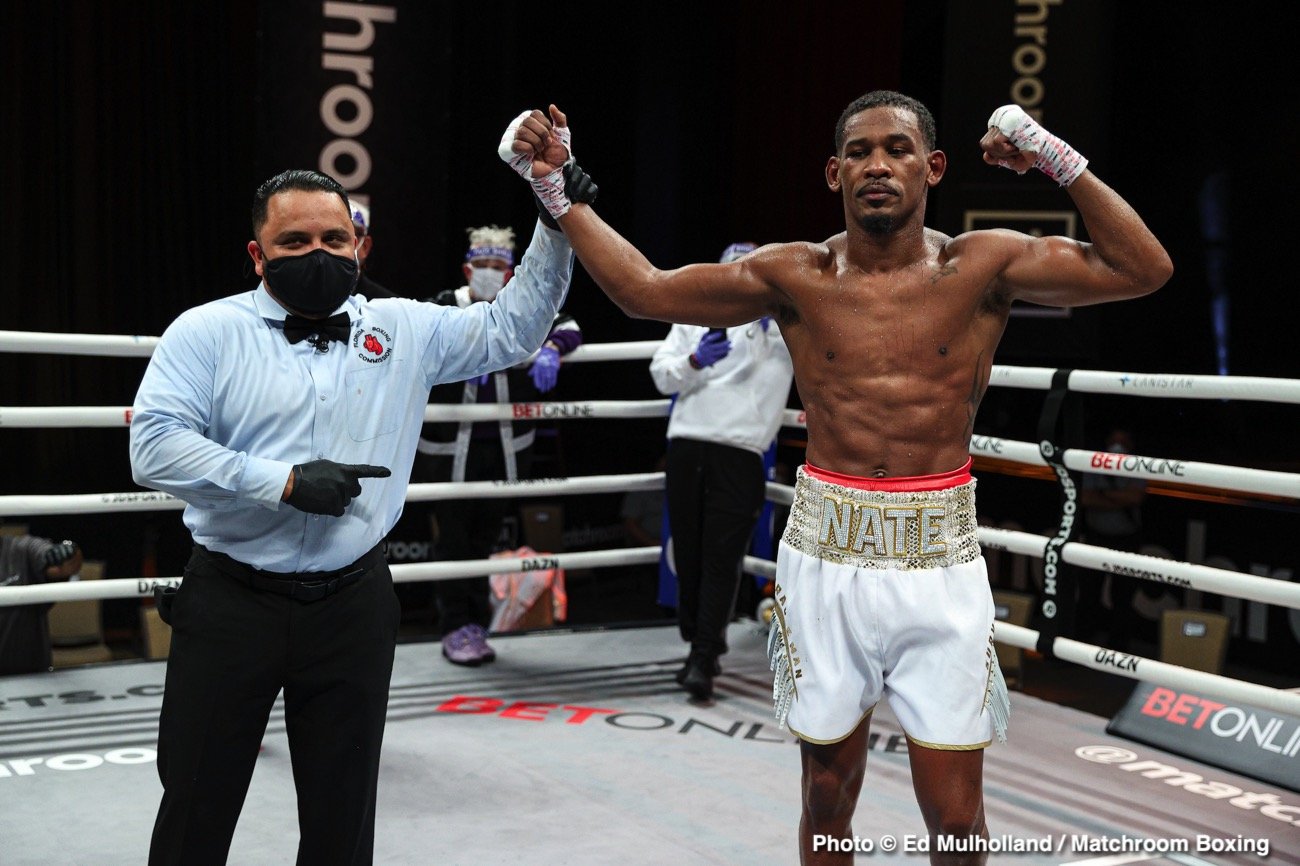 Getting dropped by GGG and giving away the first seven rounds due to him fighting timidly hurt Jacobs’ chances of getting the victory.

This will be Joe Smith Jr’s first defense of his World Boxing Organization 175-lb title he won last April with a 12 round majority decision win over Maxim Vlasov on ESPN.

Many boxing fans in the U.S saw that fight, and they felt that Rosado should have won. Jacobs should have done the right thing for his career by giving Rosado a rematch because the controversy has followed him.

The idea behind Joe Smith Jr fighting the New Yorker Jacobs is that it’ll attract many East Coast boxing fans that are familiar with both guys.

Jacobs has been disappointing

It’s debatable whether Jacobs has any fan base at this point in his career because it’s been a long time since he did anything notable. Danny hasn’t produced for a long, long time. Even in the fights that Jacobs has won, they’ve been close, and he’s looked outstanding.

Jacobs lost to Canelo in 2019 by a 12 round unanimous decision and Gennadiy Golovkin in 2017. Additionally, Jacobs came close to getting beaten by Maciej Sulecki and Sergiy Derevyanchenko. Jacobs will be moving up from 168 for this fight.

It’s unclear whether Jacobs will sit out the remainder of 2021 and wait for his title shot against Joe Smith Jr or if he’ll stay busy and fight someone.

Given that Jacobs’ last fight was in November of 2020, it would be a good idea for him to fight someone in 2021 so that boxing fans won’t forget about him entirely.

Gabe Rosado last weekend that Jacobs isn’t even talked about by boxing fans anymore because he’s not fighting, and he says not relevant. Rosado is right about Jacobs not being talked about by fans.

His inactivity, coupled with his controversial win over Rosado, has sapped a lot of the enthusiasm boxing fans have about Danny’s career.

Rather than Joe Smith fighting Jacobs, boxing fans would prefer to see him fight one of these guys:

With Recent WBA Ruling on Pacquiao, Crawford – Ugas is the Fight to Make »