By Chris Williams: Tyson Fury’s promoter Bob Arum is already discussing his plans for where he’ll stage his mega-fight against Anthony Joshua after the two heavyweights deal with their interim matches against Deontay Wilder and Oleksandr Usyk.

Chris Williams doesn’t like the way this looks. If it goes to the scorecards, Wilder and Usyk may end up out of luck. I mean, when you got a business-level fight like Joshua vs. Fury, nothing stands in the way of that match.

You can argue the only thing that will stop the Joshua-Fury fight from going down is if Wilder knocks Fury out cold. Even then, there’s no guarantee Deontay will win.

Who can forget the referee giving Fury a count when he was knocked cold in the 12th round by Wilder in their first fight in 2018. That was just a bizarre move. If Wilder knocks Fury out cold again, will we see a replay of that move?

“Where should the [Joshua vs. Fury] fight be held? There’s a big argument that by that time, the pandemic is behind us, we wait until the spring, and we do it in Wembley or one of the big arenas,” said Top Rank promoter Bob Arum to Sky Sports in talking about the location for the Joshua vs. Fury fight.

“If we wanted to do it in winter, we can do it in Cardiff [Principality Stadium], because 70,000 seats, indoor arena, or it can go to Saudi Arabia.”

It sounds like Wilder and Usyk are totally overlooked in their fights. If you’re Wilder, you got to be concerned at hearing Arum already planning where to stage the Joshua vs. Fury.

Could Arum have at least waited until the Fury-Wilder and Joshua-Usyk fights were over with before starting his planning for the venue?

“Retribution is upon us.” @BronzeBomber and Malik Scott are training with one thing in mind. (via @PremierBoxing) pic.twitter.com/Bro5ayOuMV

“He spoke about the weirdness of Wilder not talking to him at the press conference, the long staredown,” said Gareth A Davies to iFL TV about what Tyson Fury had told him.

“He got it; what could he [Wilder] say? He’d made loads of allegations and excuses and things about the first fight. Fury thought it was quite a wise strategy in a way not to get heavily involved in talking. 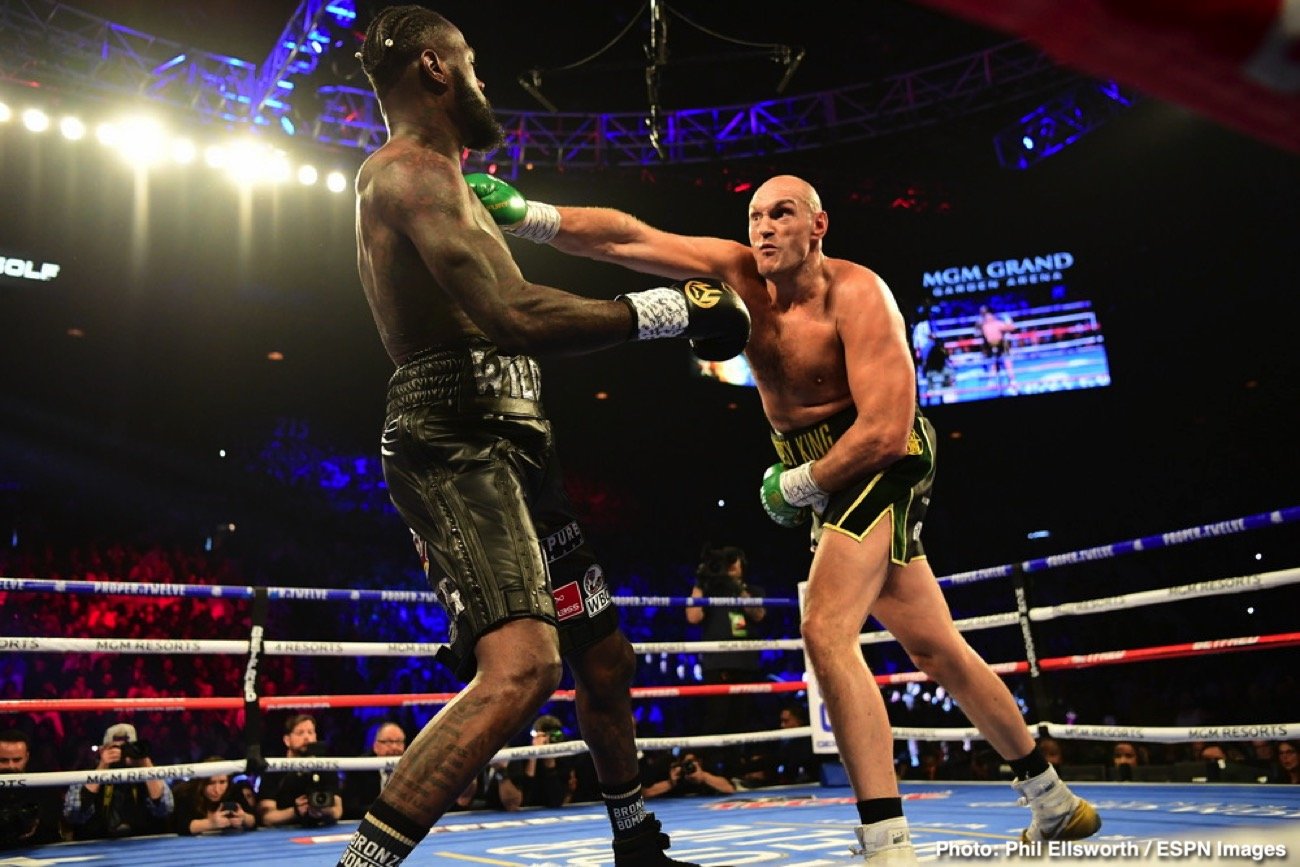 “He’s got the theory that Wilder will revert back to type. He knows how to beat him. He’s training incredibly hard. He’s still aware of how difficult Wilder is as an opponent and how dangerous he is. Maybe not difficult, but dangerous he is.

“Anthony Joshua, he still wants that fight. He [Fury] believes he’s head & shoulders over every other heavyweight on the planet because of what he is technical. It can only take one punch from Deontay Wilder. The idea that Joshua and Fury fighting could be scattered to the wind.


« Canelo could replace Plant with Beterbiev or Bivol

Kalvin Henderson vs. Isaiah Steen on July 23 on Showtime »