Canelo vs. Plant: Only small details remain before fight finalized for Sept.18th on Fox pay-per-view

By Max Schramm: Super middleweight champions Canelo Alvarez (56-1-2, 38 KOs) and Caleb Plant (21-0, 12 KOs) only have ‘small details’ to iron out before their September 18th fight is finalized for FOX PPV at the MGM Grand in Las Vegas, Nevada. The winner of the Canelo vs. Plant will be the undisputed champion at 168.

Lance Pugmire reports that the fight is now very close to being done for September 18th. There are only two months to go before the fight takes place, and the fight needs to be made ASAP so that the promotion can begin.

With the Canelo – Plant fight being sold on FOX pay-per-view rather than on DAZN, it’s even more important to announce it sooner rather than later.

Caleb needs to raise his game

What we saw from Plant in his last fight against Caleb Truax was a fighter that became stationary in the backend of the contest, resulting in him getting tagged repeatedly by right hands.

Against Canelo, Plant can ill afford to stand in front of the Mexican star because he doesn’t possess the chin or the power to fight that way. We saw the same thing from Plant in his fight with Jose Uzcategui in 2019.

In the first half of the bout, Plant, 28, looked sensational, dropping Uzcategui in rounds two and four. But after Plant suffered a cut in the fourth, he panicked and fought scared the rest of the way.

Hopefully, for Plant’s sake, he’s already begun training for the Canelo fight because we don’t need him complaining about not having enough time to train for the fight.

Plant had the opportunity to fight Canelo in 2020, but he turned down the fight, saying he wanted a full camp to prepare.

Unfortunately, if the negotiations for the Canelo-Plant fight continue to drag on in the coming weeks slowly, Plant may not get his full camp for the September 18th match unless he’s already started preparing.

“Official: “Only small details” remain before Canelo – ‘SweetHands’ Plant is finalized for Sept. 18 on FOX [PPV] at MGM Grand. All four 168-pound belts are on the line, as Canelo and CANELO TEAM seek rare Triple Crown of fighter, trainer, and manager of the year feat in 2021,” said Lance Pugmire @pugboxing. 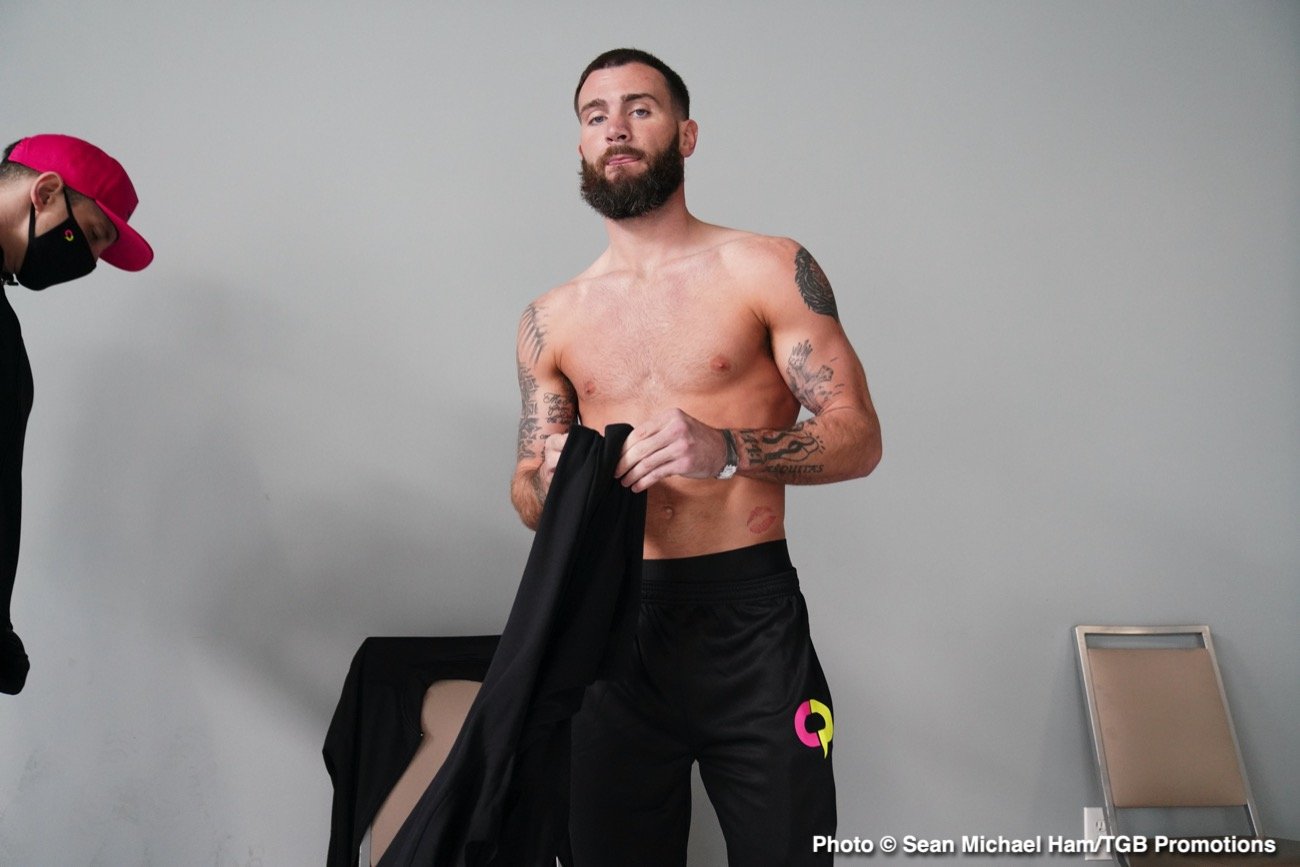 “I think he [Plant] has the speed and the power to fare with Canelo Alvarez. I think it’s a great fight for both fighters, but if anything, we see that he [Plant] still has things to work on to get to the Canelo Alvarez level.

“I’m not mad at his performance, and I’m not let down by the performance. I thought he did great, but I just thought he [Plant] could have done more.

“And he still has room to grow, and he still has people doubting him, which works to his advantage. Me knowing him personally, you don’t want to doubt Caleb Plant because you’ll get surprised.

“I think the number one thing we saw in that fight was him [Plant] getting hit with an overhand right once Caleb Truax began throwing that punch.

“That’s not a punch you take from Canelo Alvarez. If you can take it once or twice, you can’t take it consistently throughout the course of the fight like he did,” Porter said.

Charlo vs. Castano 2: It’s better for fans if they take their mandatories before rematch »