Former IBF/WBA/WBO heavyweight champion Ruiz Jr (34-2, 22 KOs) isn’t saying whether he was asked to take the fight, and you can understand why.

Maybe it’s just as well that Ruiz NOT fight Wilder because he could permanently wreck his dreams of getting a trilogy fight against Anthony Joshua.

Ruiz Jr would have many problems with the punching power and hand speed of Wilder (42-1-1, 41 KOs). In Ruiz’s last fight on May 1st, he was surprisingly decked in the second round by 40-year-old Chris Arreola.

Ruiz Jr climbed off the canvas and labored to an unimpressive 12 round unanimous decision over Arreola, but it was troubling to see him struggle against an old guy.

Some believe the huge amount of weight that Ruiz Jr lost in the months leading up to the Arreola fight contributed to his poor performance.

Ruiz trimmed down from 313 lbs to a svelte 256 lbs for the Arreola fight, and that was too much weight to drop in a hurry.

Losing 60 lbs took something out of Ruiz, leaving him weaker and vulnerable in the chin department.

Andy had hoped to fill in against Joshua

Ruiz Jr says he was hoping to step in and fight heavyweight champion Anthony Joshua in a trilogy match if his negotiations with Oleksandr Usyk didn’t pan out.

Andy Jr recently told Mike Tyson that he emailed Joshua’s promoter to ask him for a trilogy match with AJ. 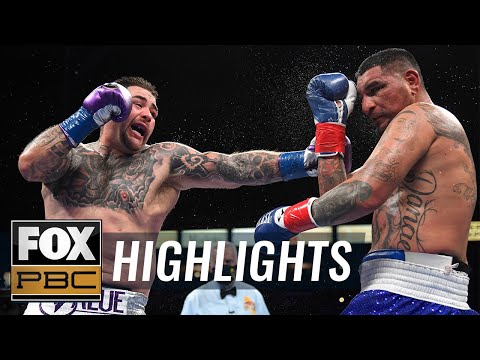 Sadly, Ruiz Jr has done nothing to redeem himself since his one-sided 12 round unanimous decision defeat in their rematch in December 2019.

Instead of Ruiz taking on quality heavyweights like Dillian Whyte, Luis Ortiz, or Filip Hrgovic for his last contest, he fought Arreola.

Interestingly, Ruiz Jr had the gall to place his tune-up/confidence-builder fight with Arreola on pay-per-view.

It was a no-brainer for Hearn not to consider Ruiz as a possible replacement for Joshua to fight. He’s not done anything to redeem himself, and he was looking like he wants another payday.

“In September. Right now, we’re working on a deal about who we’re going to fight,” said Andy Ruiz Jr to Fino Boxing. “[Luis] Ortiz, Dillian Whyte, there are so many options out there.

“I just got to stay ready, and stay busy in the gym and get ready for what’s next.

“No,” Ruiz Jr said when asked if he considered replacing Tyson Fury as Deontay Wilder’s opponent for July 24th.

“I was getting ready where I thought there was going to be another mix-up with Anthony Joshua and [Oleksandr] Usyk, but things happen for a reason.

“I got to stay in my own lane right now and climb back on the ladders,” said Ruiz Jr in making it clear that he was hoping to fight Joshua if the Usyk fight didn’t get made for September.

“Of course, in my last fight, I felt a little bit rusty,” said Ruiz Jr about his recent fight against 40-year-old Chris Arreola on May 1st. “I didn’t feel like I did in my other fights. I just got to stay busy and get back in the gym.

“I think Manny Pacquiao is going to give him a hell of a fight. Don’t underestimate him [Pacquiao] just because of the number [42].

“A number is just a number. The experience that he has, I think it’s going to give him the favor,” said Ruiz Jr in siding with Pacquiao to beat Spence.

Pacquiao has his work cut out for him going up against IBF/WBC welterweight champion Errol Spence Jr on August 21st. We’ll see if Ruiz’s prediction will come true for Pacquiao.


« Will Tyson Fury use his COVID-19 illness to swerve Deontay Wilder rematch?

Frank Warren says Tyson Fury vs. Deontay Wilder 3 to be rescheduled for October »