By Brad Marchetti: In a historical boxing event with an electric feel of a Super Bowl, Floyd Mayweather vs. Logan Paul will go down in an 8-round exhibition. The 26-year old Paul, 0-1, is being given little credit by the oddsmakers as a 7 to 1 underdog against the 44-year old legend Mayweather, 50-0, 27 KO’s, but the 6’2″ 190 Lb. Paul will have a huge advantage in both height and reach.

The fight promoted by innovated Fanmio creator Solomon Engel is a one-of-a-kind match-up in terms of youth and size vs. speed and experience.

Can a Youtuber being written off by most boxing pundits pull off one of the biggest upsets in history? Here are three money reasons why Logan could shock the world.

The man who once touted the moniker “Pretty Boy” looks weathered. Maybe it’s the stress of trying to conquer the world with multiple businesses that include Mayweather Promotions, a strip club, and boxing gym franchise that’s wearing him thin.

The man that is constantly reinventing himself every dozen years, however, no longer sees a “Pretty Boy” in the mirror. Floyd crashed the boxing scene as a 19-year old 130 Lb. “puncher” with a fresh fade and million-dollar smile.

Despite Floyd’s reputation as a light-hitter, he was downright lethal as a Jr. Lightweight. The second reinvention was the “Money” version, a razor domed 147 Lb. intimidator with a goatee.

After cleaning out the bank defeating “The Golden Boy,” Oscar De La Hoya Floyd had an aura of invincibility as the undisputed pound-4-pound best in the world.

Most fighters were beaten before they entered the ring after the De La Hoya fight, but Floyd himself will tell you that he actually peaked for Oscar and has slowly declined since.

The last outing from the “Money” version scraped by relative novice Conor McGregor for a 10th round stoppage, but his performance was less than scintillating.

Floyd looked like a shell of himself, unable to string together combinations and “pull the trigger.” Experience and intimidation got him the W as he strategically let McGregor tire himself out, but for the most part, he looked like a bankrupt version of “Money.”

The reality of this game is that few fighters have a graceful exit from the manly art of self-defense. The images of legends past their prime getting whacked for a payday are endless.

A creeky shadow of Bernard “Executioner” Hopkins getting deposited onto the press table by Joe Smith Jr. “Iron” Mike Tyson crying on his stool against palooka Kevin McBride.

Sugar Ray Leonard getting pasted by Hector ‘Macho’ Camacho. Rocky Marciano cremating a balding and broke Joe Louis through the ropes. Muhammad Ali getting battered like a human punching bag against Larry Holmes for an $8-million dollar payday.

Money will make you do things you don’t want to do, and most will agree that “Money” Mayweather spends currency about as fast as he makes it and might be fighting to pay off debt.

The latest version of Floyd is almost unrecognizable, with a full beard and patchy haircut that has been hammered unmercifully on social media.

The formerly unlined “Pretty Boy” mug has been replaced by a more leathery version that would not hold up well to the ten-year IG challenge. If it ain’t broke, don’t fix it and while reinventing oneself is sometimes necessary for growth, in this case, it may be to Floyd’s detriment.

The formerly shaven-skulled “Money” looks like an aging middle-aged man. Not sure what moniker the reinvented Floyd will fight under, but “The Tin-Man” would be most appropriate as he shakes off the rust from a 45-month layoff.

When it comes to prizefighting, many men have tried and failed when challenging the laws of physics, and little Floyd might learn the hard way.

Most experienced boxers will admit that if a guy knows what he is doing, even a 20 Lb. advantage can get you killed. With 6″ of height and 30+ Lbs. of weight, Paul has a serious physical edge.

Let’s not forget that the weight advantage is all muscle, unlike an Andy Ruiz with a 30 Lb. advantage of Enchiladas in his belly.

For every Roberto Duran that can fight at a world-class level in six weight classes, there are a thousand guys that can’t fight above their prime weight.

Late Hall-Of Famer Alexis Arguello dominated the game from 126 Lbs. to 135 Lbs. in the ’80s, but when the “Explosive Thin Man” tried for a title at 140 Lbs. against Aaron Pryor, his shots didn’t have the same steam.

The 12-5 betting favorite Arguello almost died that night from a barrage of punches from Aaron “The Hawk” Pryor in the 14th round. Late 130 Lb. and 135 Lb. champion Diego Corrales was a murderous puncher, but when the bomber tried to jump two weight classes, he was destroyed as a 3-1 favorite by welterweight Joshua Clottey.

If Floyd’s brittle hands are still intact, the effect of his punches against a man as large as Paul will unlikely faze the tough kid from Westlake, Ohio.

A close examination of Floyd’s resume will also reveal that he avoids tall fighters like the plague. For all of Mayweather’s ring genius, his true brilliance has been the ability to pick opponents that suit his patented shoulder roll style.

At his zenith, Floyd never even mentioned 6’2″ welterweight champion Paul “The Punisher” Williams. At 5’11”, Mexican great Antonio “The Tijuana Tornado” Margarito beat Williams and was never spoken of again by Floyd despite outcries for the fight to happen.

Most avoided was 6’0″ Vernon “The Viper” Forrest, who whipped “Sugar” Shane Mosley twice during “Pretty Boy’s” heyday. The shoulder roll style that Floyd has perfected is most effective against shorter opponents. 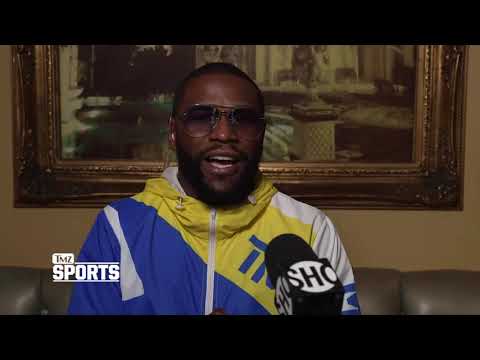 The shoulder roll works when punches can be deflected against a man of the same size, but a taller opponent can land punches over the top high on the head.

“Sugar” Shane Mosley at 5’9″ almost ended the “Money” man when he drilled home a right hand to Floyd’s available temple.

Floyd managed to weather the storm against Mosley but a right-hand blast from a 200 Lb. kid with some power could give him a serious problem.

One of Floyd’s most underrated qualities is his ability to take a punch, but the wear and tear of a sport like boxing erodes resiliency.

Middleweight legend Jake “The Bronx Bull” LaMotta was regarded to have the best chin in boxing history, but at the tail end of his career, he was stopped by a relatively unknown named Danny Nardico.

LaMotta’s nemesis Mr. Pound-4-Pound himself, Sugar Ray Robinson, had a cast-iron jaw, but in his last fight, he was dropped like a bag of rocks by a feather first-named Joey Archer.

The 44-year old Robinson was Floyd’s age when Archer dropped him, and most in attendance felt empathy for the man considered the best boxer to ever live.

Archer admitted after the fight that in his previous 44 fights, he had only floored one opponent.

Robinson had a 31-10 record after the age of forty, laboring against limited competition to pay off debt. In Robinson’s prime, he had a record of 123-1.

That record will probably never be matched, but after the age of forty, father time kicked in, and Robinson was a C+ B- level pug with a suspect chin.

The name Milton LaCroix may not be a household name to the casual boxing fan, but Logan Paul’s relatively unknown trainer is an outstanding educator of the sweet science. 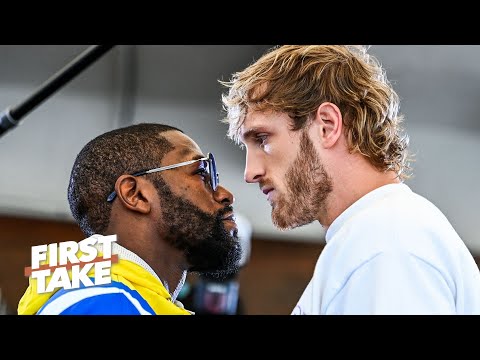 In Malcolm Gladwell’s book “Outliners,” he explores the theory that it takes 10,000 hours of intensive practice to achieve mastery of complex skills and materials.

The Nuyorican LaCroix has been training fighters since the early 90’s so it could be safe to assume that the charismatic LaCroix has practiced his trade for about 50,000+ hours.

The unorthodox training methods of LaCroix’s hand’s low style has produced 60+ Golden Gloves champions and resurrected the careers of both Shannon Briggs and Sullivan Barrera from boxing’s abyss.

Former heavyweight champion Shannon “The Cannon” was all but forgotten before LaCroix piloted the 34-year old Briggs to a W.B.O. title win over Siarhei Liakovich.

Current Light-Heavyweight contender Sullivan Barrera’s underachieving career was in stall mode at 9-0 when he hooked up with LaCroix.

In 2013 With the mystery man in his corner Barrera reeled off 5 straight wins and got himself into title contention. But perhaps LaCroix’s crowning achievement is molding current boxing superstar Teofimo Lopez.

From 2005 to 2008, Milton trained a then 7-year-old Lopez from the beginning of his amateur career. Lopez became an amateur star under LaCroix’s tutelage until making a decision to train with his father.

In the 60 seconds between rounds, information is a fighter’s most valuable commodity, and against Floyd, the well-trained eyes of “Milton Supreme” could solve the Mayweather puzzle.

Rules: The winner can only win by knockout


« Solomon Dacres: “We Want To Get Knockouts”