By Jeff Aronow: Teofimo Lopez says he’s coming for WBC lightweight champion Devin Haney to beat him and drive him out of boxing with a defeat.

It’s going to take a good game plan for Teofimo to unseat Haney as the WBC lightweight champion because he will be focusing on neutralizing Teo’s power.

Haney’s recent fight against Jorge Linares showed how good a fighter he is when he’s fighting smart.

Where Haney went wrong in that fight was him going for the knockout in the 10th, which left him open for a hard right hand from Linares that hurt him.

If Haney focuses on pure boxing against Teofimo, he’ll have an excellent chance of beating him.

“He did what Devin ‘The Dream’ does, and he boxed and he showed what he can do,” said Teofimo Lopez to Fighthype when asked about his thoughts on Haney’s recent win over Jorge Linares.

“However, he [Haney] does not have the power, and we cannot overlook that. Jorge Linares did what he had to do as well, he’s a vet, he knows how to go the distance and he knows what to do on the inside.

“All Devin can do now is go back to the drawing board and work on it. If Devin is satisfied with it, regardless, you’re going to get your a** whipped by Teofimo, and that’s what it comes down to.

“I’m coming for you,” Teofimo said of Haney. “But for now, it’s about June 19th, get rid of my guy [George Kambosos Jr], and after that, I’m coming straight to you [Haney]. Oh yeah, ain’t no way around it,” Teofimo said when asked if Haney is next. ”

It’s not likely that Haney will retire if he’s knocked out by Teofimo, as he’s too young to give up on the sport. With that said, Teofimo can do a lot of damage to Haney’s career in terms of bursting his bubble as being the next Floyd Mayweather Jr or the next superstar.

Haney’s promoter Eddie Hearn believes that he’s on his way to superstardom. Obviously, Hearn will have to downside his hopes for Haney if he gets blown out by Teofimo.

You can argue that Haney was already exposed by Jorge Linares last weekend when he was hurt multiple times by him in the last three rounds and forced to hold on to survive.

At this point, if Teofimo knocks out Haney, he won’t get full credit because Linares hurt him first.

If Teofimo stops Haney, boxing fans will say that he had lingering chin issues from the Linares fight that made him susceptible to Teo’s power.

“I didn’t make the bold move of going to Triller. Triller made the bold move of believing in Teofimo, and what I can bring to the table for them and their platform and they put their money where their mouth was,” Teofimo said

“Devin Haney, he’s cornered, regardless of how we see it, he’s cornered,” said Teofimo. “When I do what I do to Kambosos, if he’s there, he’s going to feel that energy, so don’t back out.

“Just like Loma felt that energy with Richard Commey. They going to feel that energy, and I’m going to make sure of it.

“After that, he [Haney] can’t back out. He can’t let go of his belt, he can’t vacate it because everybody is going to see right there that ‘you’re scared of Teofimo. Why?

“‘We were rooting for you, champ.’ It’s about placing everything at the right time, alining it. I’m doing it smart, 16 fights as a pro.

“Everybody that’s doubting it, tune in on June 19th [for Teofimo vs. Kambosos on Triller pay-per-view]. I’d like everybody to tune in and see it,” Teofimo said.

WBC lightweight champion Haney (26-0, 15 KOs) has the last title that Teofimo needs for him to call himself the undisputed champion at 135 rightfully.

The good news is Haney and his promoter Eddie Hearn both want the Teofimo fight, so it shouldn’t be a problem making the match.

As long as Teofimo, 23, wins his June 19th title defense against Kambosos Jr, he should be good to go to set up the undisputed championship against Haney.

Haney, 22, already did his part, beating Jorge Linares by a 12 round unanimous decision last Saturday night. Now, it’s up to Teofimo to win his match, but it won’t be easy because Kambosos is motivated and ready to pull off the upset.

Lopez sees himself as “King” of 135-lb division 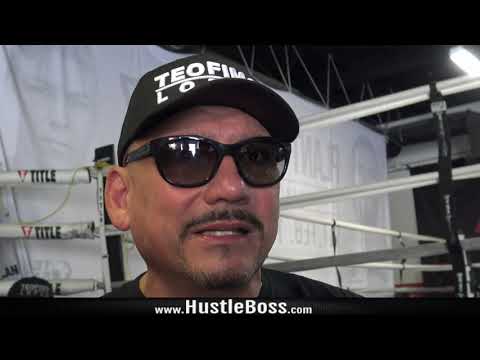 “I don’t like that either [the Four Princes] because I’m the King of my division. So whoever is doing this, you don’t know s*** about boxing, sorry, but you don’t.

You’ve got to check yourself before you wreck yourself because those guys haven’t really shown anything to get to the point to be acknowledged as ‘The Four Princes’ or Kings.

But it’s an insult to those guys, [Marvin] Hagler, [Sugar Ray] Leonard, [Roberto] Duran, and Tommy [Hearns]. Really, don’t do that to those guys. Those were fighters.

These guys [Vasily Lomachenko, Gervonta Davis, and Ryan Garcia], they ain’t fighters. They’re Internet famous, clout-chasing…You don’t see an entourage behind us, not at all because I don’t need to.

I don’t need that. They’re all food for me, I’m hungry, I’m starving. They had me in the cage for eight months after the Loma fight.

I’m in the cage right now and you got people hitting me with sticks in between the bars and I can’t do anything about it.

But come June 19th, the lion is out, and he’s going to eat and he’s not going to stop eating. The whole thing is to stay composed.

Unfortunately, Teofimo will never get the chance to prove that he’s the “King” of the lightweight division because he can’t call himself the top guy until he beats these guys:

With Teofimo planning on fighting just two more times at 135 before moving up to 140, he’s not going to have time to fight the four guys he needs to be considered the “King” of the lightweight division.

Sure, Teofimo can call himself the “King,” but it’ll be an absurdity of belief. It’ll be like Teofimo calling himself the “undisputed champion” at 135 without having earned it. 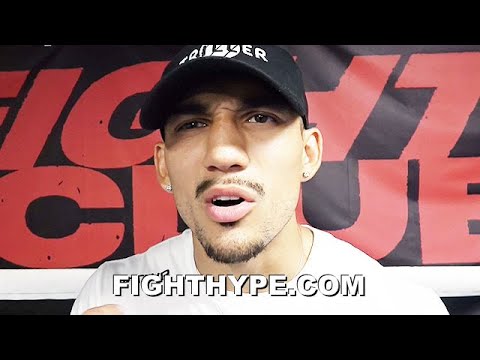