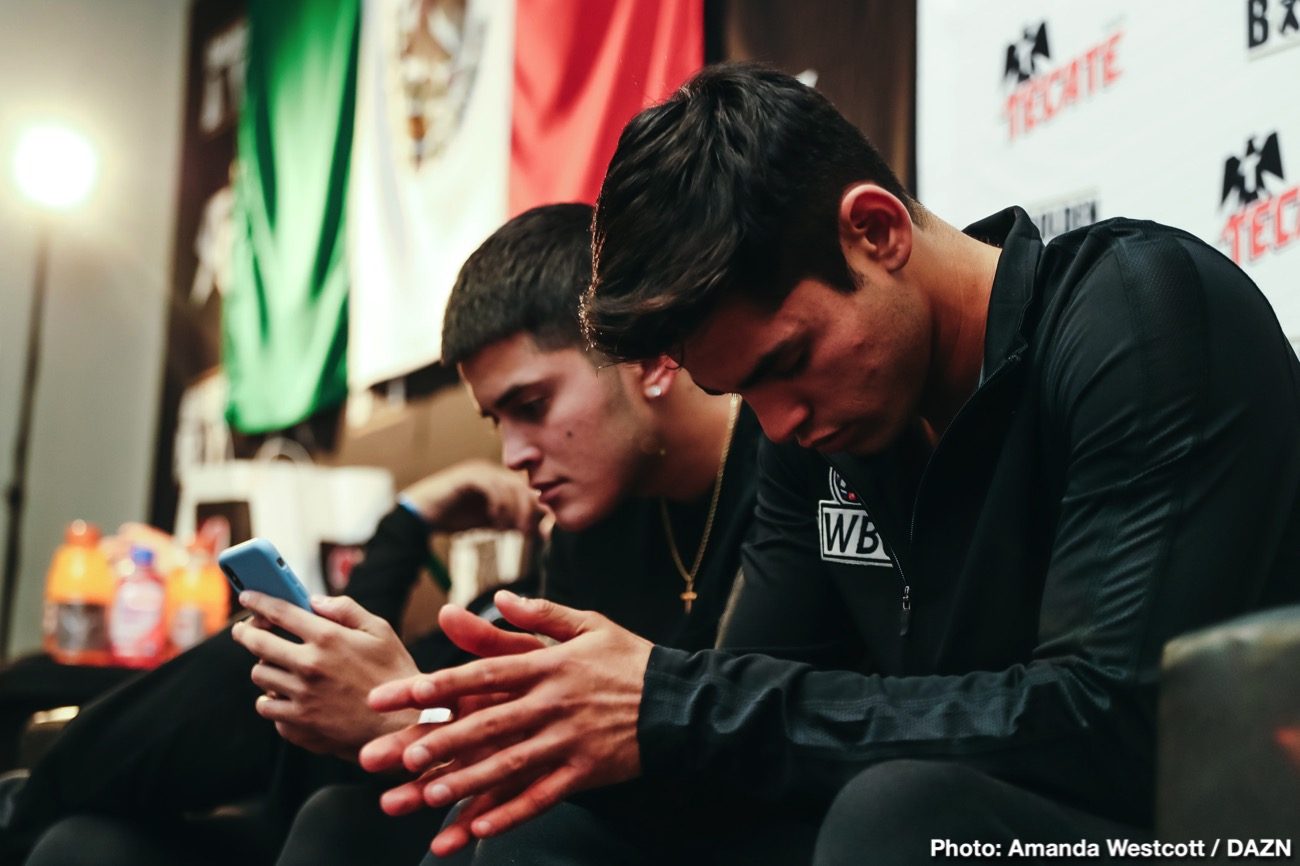 By Dan Ambrose: Ryan Garcia posted on social media that he’s going to be coming back with a “vengeance” and that he’ll “destroy” those who questioned his character due to his mental health problems.

It’s going to be tough for Ryan to earn back the trust of fans, considering that many see him as an unstable person.

It’s fair to say that Ryan has lost a lot of popularity in the last couple of months due to him saying he was going to fight Gervonta Davis, Manny Pacquiao, and Javier Fortuna, and then failing to back up his talk.

The last straw for many boxing fans is Ryan suddenly backing out of his July 9th fight with Fortuna due to mental health problems. A lot of boxing fans believe Ryan lost his nerve and came up with the mental health stuff as a convenient excuse.

The unbeaten King Ryan’s post on social media seems to be a cry for sympathy from fans, while at that the same time sounding angry.

One can understand Garcia, 22, would have issues with WBC lightweight champion Devin Haney with the way he tore into him this week on social media, saying he’s been ducking the top fighters.

“I’ve been going through a hard time lately,” said Ryan Garcia on social media. “I’ve seen some stuff that has been said about me, my character, and just know I’m coming back with a vengeance.

“I’m coming back to destroy everything that’s been said about me. I’m coming back, and I’m going to show you why that I’m the one not to play with. Let’s go, baby,” said Ryan Garcia.

“I’m coming back soon 👊🏽 Pain made me stronger, I pray my enemies don’t go thru what I’ve gone thru 🔥,” said Ryan Garcia on Instagram.

You got to figure that Ryan’s promoters at Golden Boy Promotions will start him ground one, matching him against someone that is no threat to beating him.

If Ryan’s mental health woes were a result of him questioning his ability to beat upper-tier 135-pounders, it’s probable that Golden Boy will help him keep his nerves in check by matching him against another non-contender.

By spoon-feeding Ryan nothing but weak opposition, his promoters could only be delaying the inevitable.

If he doesn’t possess the mental fortitude or the technical boxing skills to exist with the top guys, he’s going to get found out once they match him against a good fighter

Ryan Garcia can still make a lot of money even without fighting quality guys. Look at Jake Paul.

He’s not fighting anyone with boxing ability or talent, and yet he’s making big bank. Ryan could have a similar career if he chooses.

Assuming Ryan isn’t able to get a lid on his mental health woes, about the best he can hope for is to have a Jake Paul or Logan Paul type of career in the sport