Lomachenko wants to beat Nakatani then avenge loss to Teofimo

By Allan Fox: Vasily Lomachenko wants to make a statement against Masayoshi Nakatani this Saturday night to set up a revenge match against Teofimo Lopez for early 2022.

Fighting with an injured shoulder, Lomachenko (14-2, 10 KOs) lost a 12 round decision to Teofimo on October 17th in a fight that he felt he deserved to win on ESPN PPV.

Shortly after the loss, Lomachenko had shoulder surgery, and he’s now back at 100% and ready to put himself in position for a second match against Lopez (16-0, 12 KOs)

Nakatani could pull off an upset

This could be a mistake on Lomachenko’s part in choosing Nakatani to fight because this is a guy with superior power and size to his own. Sounding like Joe Namath, Nakatani has already predicted a victory for himself over Lomachenko.

Lomachenko personally chose the 5’11 1/2″ Nakatani as his opponent because this is a guy that Teofimo had trouble beating in 2019.

Teofimo beat Nakatani by a 12 round unanimous decision, but the match was considerably closer than the wide scores handed down by the three judges in their contest in Maryland. 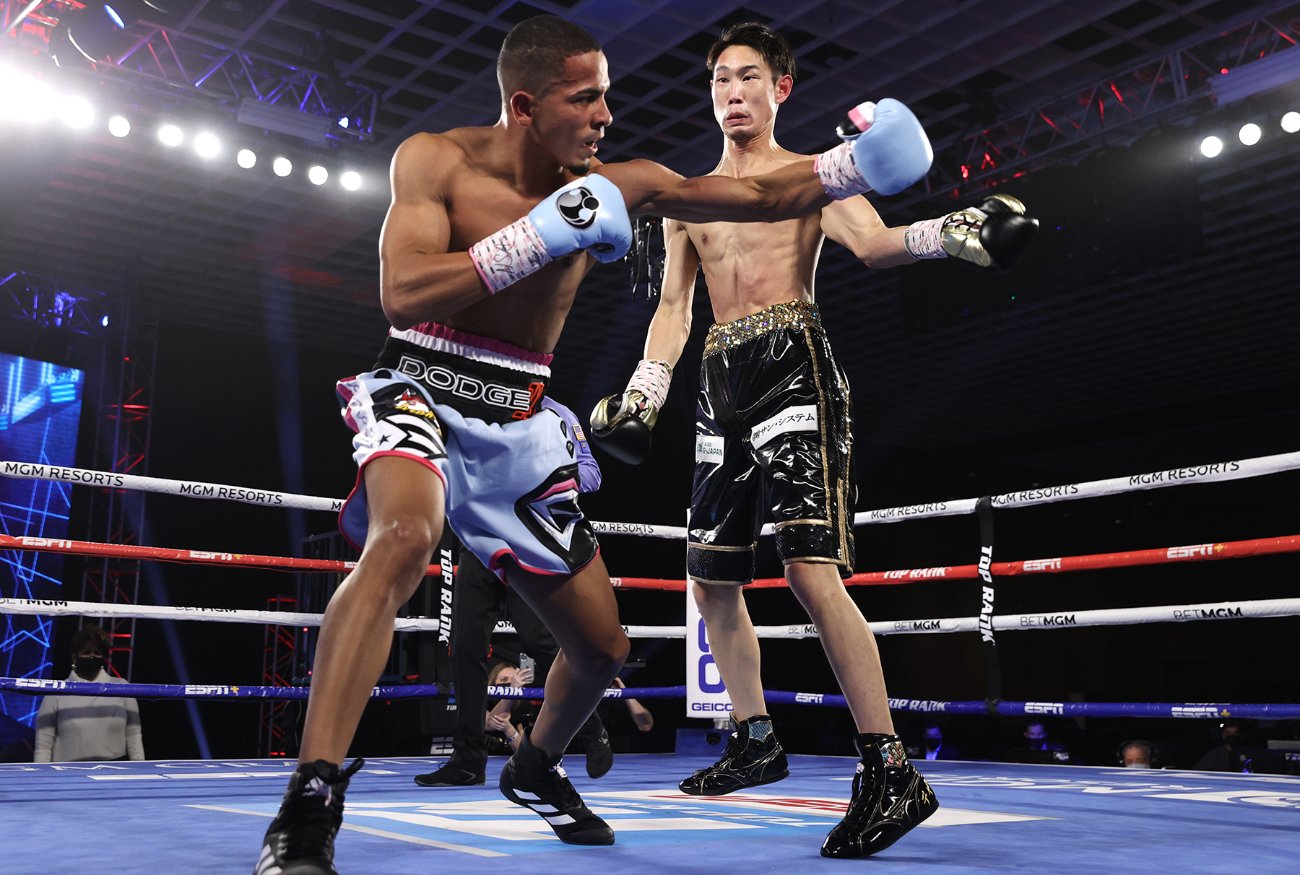 “I have a fight this Saturday, and after that, we can talk about a rematch. I want it,” Lomachenko said about a potential rematch with Teofimo.

It could prove difficult for Lomachenko to beat and look good against Nakatani, as this guy is a nightmare due to a combination of things.

The Japanee fighter Nakatani tough as nails, tall for a 135-pounder, and he has a lot of punching power going for him.

Lomachenko hoping for a revenge match

“No, I don’t regret it because at that time, I made my decision, and I was sure I could do it,” said Lomachenko to Fight Disciples about going ahead with his clash against Teofimo despite suffering a shoulder injury three weeks prior. ”

“It’s my loss, not his win,” said Lomachenko about his defeat to Lopez. “But I still think I didn’t lose this fight; it’s not my loss. Of course, on paper, it’s my loss, but I believe it was not a loss.

“I don’t know; it doesn’t depend on me,” said Lomachenko when asked if Teofimo will fight him again. “Of course, I want.

“All the people that follow me know, of course, I want. But first of all, it’s a question for his team and a question for Bob Arum,” Lomachenko said.

Even if Lomachenko impressively beats Nakatani, he won’t get a rematch with Teofimo this year.

Teofimo’s recent COVID 19 illness has pushed his title defense against George Kambosos Jr back to September 11th, which will be his last fight of 2021.

Lomachenko will have to wait until next year for him to get a revenge match against Teo, but we’ll see if the New Yorker is willing to fight him again.

In the meantime, Lomachenko will look to try and set up a fight against either WBC lightweight champion Devin Haney or Gervonta ‘Tank’ Davis.

“I want to compare what I can do against a fighter that he [Teofimo] fought,” Lomachenko said about his reasons for choosing to face Masayoshi Nakatani this Saturday. “I wanted to prove that to myself and not anybody else.

“It’s not just up to us,” Lomachenko said when asked if he’ll go after a fight against Devin Haney if Teofimo refuses to fight him next.

“Let’s see what happens this weekend, and let’s see who is going to be able and who can or cannot fight. This is not just up to me. This is up to the networks, the promoters, and who is available. We will see.

If Lomachenko looks better than Teofimo in defeating Nakatani, that would impress the fans.