Unified WBC, WBA, and IBF World Champion Jermell Charlo and his trainer Derrick James spoke with the press on Saturday at the kickoff press conference for Charlo’s battle against WBO World Champion Brian Castaño for undisputed status at super welterweight.

All four 154-pound belts hang in the balance for the first time in history on Saturday, July 17, live on SHOWTIME from AT&T Center in San Antonio in a Premier Boxing Champions event.

For the live event, which Lions Only Promotions and TGB Promotions promote, tickets are on sale now and can be purchased through www.attcenter.com. Romero vs. Dulay is co-promoted with Mayweather Promotions.

Here is what the press conference participants had to say Saturday. Quotes from Castaño, who was unable to attend in person due to travel issues, are also below:

“After I avenged my loss, I came back to fight Jeison Rosario who was supposedly the new guy. We really trained differently for him because he was a bigger guy. But we stayed strong and we got it done.

“He’s shorter than me. I’m expecting him to try to throw a lot of body shots. Have you ever seen somebody get slept by me? If he runs into the wrong punch, we have a great game plan. We will make the adjustments. We don’t stop. And we will continue to do what we do. I’m not afraid of any man. There’s nothing that can stop me right now. I’m all the way up.

“If he’s saying he’s going to make me risk my life, what do you think I’m going to make him do with his? If you make me risk my life, you better be willing to put your life on the line. I’m not the one to play with. And I’m not just devastating with my punches. I’m devastating with my mental. There’s nothing he can do to me that I haven’t seen already. I’ve been in boxing way longer than he can even imagine.

“Tonight, on Juneteenth, my brother will show what I’m worth because that’s my twin. Everything he can do, I can do. We are going to do this together. On July 17, when it comes to my fight, I’m working twice as hard as you can even imagine. I’m going to be different. I’m going to be amazing. I will move. I will box. Whatever he wants, I’m with it. Whatever he does, I will take him out of his game plan. That’s my job.

“Brian Castaño is a great fighter. He comes to fight. He doesn’t stop. And he does a lot of things that are impressive to the rest of the crowd and I feel that he will fight. He will bang. And he will box. He will move back. He will move forward. Lateral movement. Derrick and I have been working hard to prepare for everything. It takes a lot to jump in the ring and become an undisputed champion and with that being said, I’m going to do everything I can in my willpower to win this fight.

“When I win on July 17 and I unify the belts and become undisputed, that’s just another trophy for me. I want to keep it going. I want to win another world title in the same weight class as my brother. We won them at 154. I want to win them at 160. We’re not done.”

“I feel great, I’m having a great training camp and looking forward to stepping into the ring. This is the fight of my life and I feel so good about it.

“This fight is such an honor and a privilege. To have the chance to unify the four belts is such a unique opportunity. It’s about making history. Only a few fighters have been able to achieve it and write a golden page in the history books of boxing. I plan to be the first Latino to do so.

“Fighting in San Antonio is quite big and everybody knows that Manu Ginobili is such a hero there. We all admire and love Manu, who is one of Argentina’s best-ever in any sport. If you go to San Antonio and you were born in Argentina like myself, you better be ready to give it your all to keep his legacy.

“It’s going to be a tough fight between two great champions. Charlo is strong and a good boxer but he never suffered in the ring before. He will on July 17.

“My prediction is that I am going to win and he will suffer.”

“Everything about success is about overcoming adversity. The adversities of training. The adversity of preparing for fights. The heat in Texas is insane, and for him to just continue to push through all of that is impressive.

“We know the type of fighter that Brian Castaño is and we’re preparing for the best version of that. He’s a good fighter. A good boxer. Good technically. Jermell is going to show what we’ve been working on and how he’s progressed from his last fight until now. You will see his greatness.

“Castaño is a good fighter and you have to respect his abilities. But at the same time, Jermell is more athletic. He’s faster. His athleticism and his intellect will be the difference. Our goal is to be at our best and take away all of Castaño’s attributes. With everything that he does well, my job is to make sure that we don’t get a chance to see how good he is.”

“This will be Jermell’s 14th appearance on SHOWTIME. He started on ShoBox through SHOWTIME Extreme, through Championship and all the way through pay-per-view. This is an important fight for the history of the sport. It’s an important fight for getting the momentum back after the pandemic for the sport and Jermell graciously agreed to put this on SHOWTIME and make this available to the biggest audience possible.

“We will be supporting this fight with an All-Access special we are filming now, where Jermell will be his usual entertaining self. But more than All-Access and more than all of that, this is the consensus No. 1 fighter in the division versus consensus No. 2. People say nowadays the best aren’t fighting the best. I’m here to tell you it happens. It’s been happening and right here is a great example of that. An undisputed title is at stake in the 154-pound division. It does not get bigger than this. A good solid event on the undercard, this is really the event of the summer. Looking forward to it and glad to have Jermell back on SHOWTIME.” 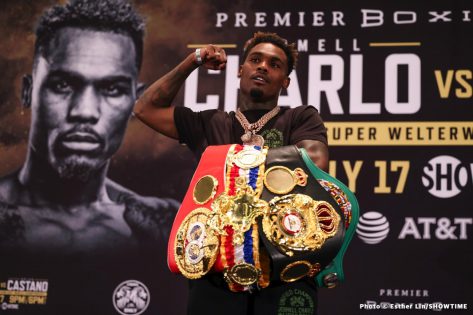 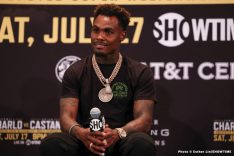 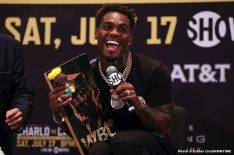 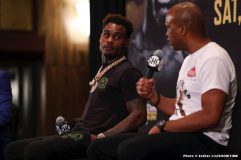 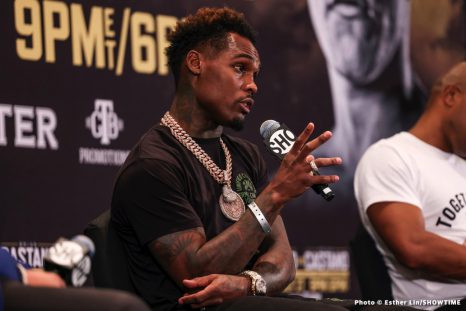 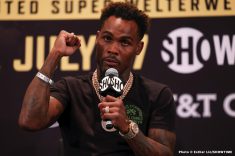 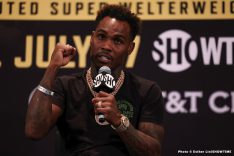 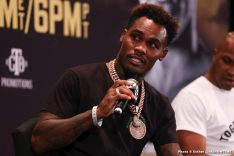 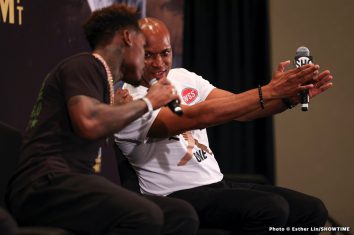 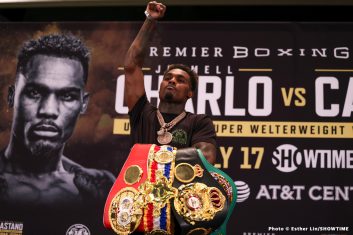 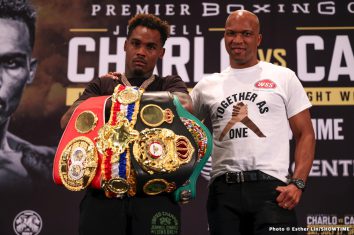 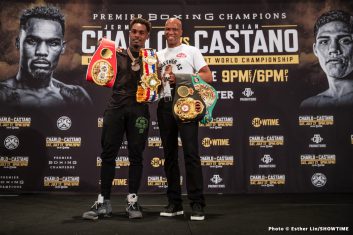 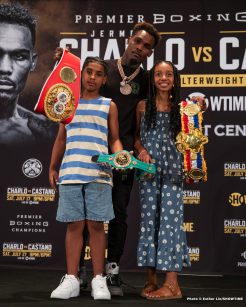 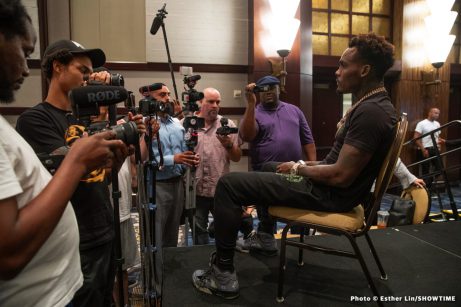 
« Joshua says Fury fight will be bigger after he beats Usyk