By Brad Slotnick: Jermall Charlo (31-0, 22 KOs) is ready to make a statement on Saturday night in defending his WBC middleweight title against knockout artist Juan Macias Montiel (22-4-2, 22 KOs) on Showtime at the Toyota Center in Houston, Texas.

Charlo is happy to be fighting in his hometown in front of his friends, fans, and family. He wants to make a statement against the upside-minded Montiel.

This is an excellent fight to show what Charlo can do against one of the biggest punchers in the 160-lb division in 24-year-old Montiel.

It’ll be interesting to see Charlo matched up against a guy with equal or possibly better power than his own.

Jermall will need to be careful at all times because Montiel has never won a decision. All 22 of his victories have come by knockout, which says a lot about the type of power and threat that he is to Jermall.

Charlo looking to make a statement

“It’s a dream come true. I get to put on a show in front of a packed house at the Toyota Center in Houston on June 19th,” said Jermall Charlo to Jake Asman.

“It’s going to be an amazing night of boxing. Bring Showtime to the city. It’s definitely a statement to be made on June 19th. Montiel can’t make any mistakes.

“I have just as many knockouts as him, and I’ve faced much stiffer competition than he has. He’s a confident kid, and I understand why he’s fighting for my belt.

“Y’all stay tuned. Get your popcorn before the fight. He’s coming to bang. I want to see how long he stays in the blender. I don’t care.

“This is one of those fights where I got to take my time and be as sharp as I can be. Sure, I want to make a statement in this fight.

“They’ll see, the crowd. I want to try and be a little more active so you guys can see Jermall Charlo,” said Jermall.

Montiel is ranked #4 with the World Boxing Council at 160, and he’s earned his shot for a title by beating James Kirkland and Marco Reyes.

Although Jaime Munguia beat Montiel by knockout in 2017, he was really young when he took that fight, only 23, and not ready for that type of opponent.

“Honestly, I don’t know,” Charlo said when asked how he can make a fight happen with Gennadiy Golovkin. “We’ve reached out to him, but we just don’t know how to dance.

“It’s part of that thrill that fans get a chance that we wait and hope that it makes sense and it happens one day.

“I want to fight the best in the world, but if it doesn’t make sense, there’s no point,” said Jermall.

“It’s motivation. I watched my brother do great, and I know I’ve got a chance to do great. We share a little bit of difference here and there, but overall, it’s been fun,” said Charlo.

It’s a good idea for Jermall to forget about trying to fight IBF middleweight champion Golovkin. The Kazakhstan fighter appears to be looking to cash out with easy fights until he takes on Canelo Alvarez for a trilogy.

Golovkin isn’t going to take a risky fight that he could lose against Charlo before he faces Canelo again. Golovkin will likely retire after he faces Canelo, so Jermall should forget all about him. 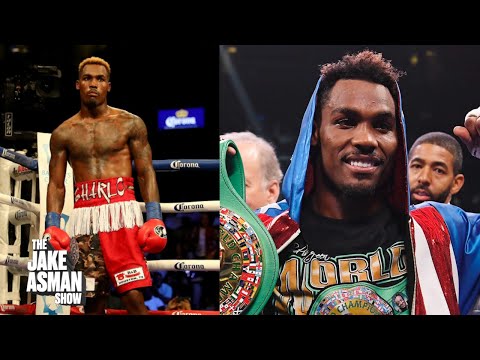 
« Errol Spence: ‘I can’t stand’ Keith Thurman, he ain’t going to fight me’