Fury vs. Wilder 3: ‘Night of the Goliaths’

In the 10-round co-main event, 2016 Nigerian Olympian “The One and Only” Efe Ajagba will take on fellow unbeaten Frank “The Cuban Flash” Sánchez. The PPV telecast also includes the 12-round rematch between Finland’s Robert “The Nordic Nightmare” Helenius and Polish star Adam “Babyface” Kownacki, who was stopped by Helenius in the fourth round of their first bout in March 2020.

A Premier Boxing Champions presentation. Tickets for Fury vs. Wilder III are on sale now and can be purchased at www.t-mobilearena.com or www.axs.com. The event is promoted by Top Rank, BombZquad Promotions, TGB Promotions, and Frank Warren’s Queensberry Promotions.

Ajagba (15-0, 12 KOs) turned pro in July 2017 and soon established himself as one of the division’s fiercest one-punch knockout artists. He showed his mettle when he rose off the deck to knock out Iago Kiladze in December 2019, and three months later, he broke down and stopped former world title challenger Razvan Cojanu in the ninth round. He last fought in April in Tulsa, Oklahoma, and knocked out Brian Howard with a single right hand in the third round. 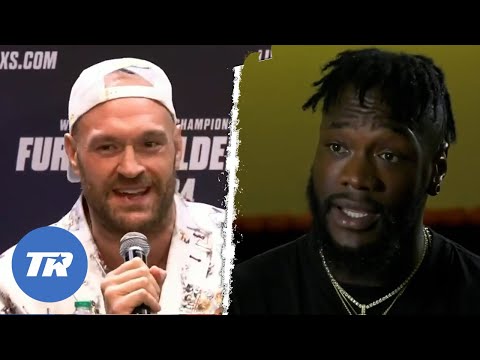 “I am honored to be fighting on the Fury-Wilder III pay-per-view as the co-main event,” said Ajagba. “I have been patiently waiting for this opportunity to showcase my skills. My fans — and critics — can expect to see more jabs, head movement, footwork and power in both hands against Frank Sánchez. July 24 is going to be a special night for ‘The One and Only’ Efe Ajagba.”

An amateur standout from his native Cuba, Sánchez (18-0, 13 KOs) now trains in San Diego with coach Eddy Reynoso. The 28-year-old has stayed busy on his rise up the heavyweight rankings, scoring three victories in 2020 as he earned a unanimous decision over Joey Dawejko and stopped Brian Howard and Julian Fernandez.

Sanchez most recently won a technical decision over Nagy Aguilera in May and will look for an important victory over the fellow unbeaten Ajagba that could catapult him up the heavyweight division.

“I am excited to make my case as the top heavyweight title contender on the best pay-per-view card of the year,” said Sánchez. “I look forward to fighting Efe Ajagba and coming out victorious.

Boxing fans want to see the best fight the best. People say Efe Ajagba is avoided, and that’s exactly why I chose to fight him. Fans can expect a great fight between two undefeated heavyweights July 24.”

In just his second stateside outing, Helenius (30-3, 19 KOs) shocked the crowd at Barclays Center by handing Kownacki the first loss of his career via a fourth-round TKO.

Born in Sweden and fighting out of Mariehamn, Finland, Helenius established himself as one of Europe’s top heavyweights and knocked out Erkan Teper in September 2018 to move up the rankings. Prior to dropping his U.S. debut to Gerald Washington in 2019, the 37-year-old had won six of his last seven fights, with his lone blemish coming against Dillian Whyte.

“I’m looking forward to repeating my first performance against Kownacki on July 24,” said Helenius. “Boxing fans can expect another incredible fight with my hand raised in victory once again. All of Finland will be behind me when I show the world why I am most deserving of a world title fight. My only goal is to be world champion, and unfortunately for Adam, he stands in my way.”

Kownacki (20-1, 15 KOs) will be seeking revenge for the first loss of his career when he rematches Helenius on July 24. The 31-year-old Kownacki, born in Lomza, Poland, and moved to Brooklyn when he was seven, is noted for his tenacity and progress towards a world title shot with knockouts in five of his last seven fights before the March 2020 defeat to Helenius.

“I’m very excited to be back in the ring,” said Kownacki. “The pandemic made things hard for everyone, but things are getting back to normal. Being a part of an all-heavyweight pay-per-view like this feels great, and it’s a great thing for fans of our sport. This pay-per-view will be action-packed from top to bottom.

I can’t wait to get my revenge against Robert Helenius. It’s been a long year waiting for the rematch, but I’ll be getting a victory on July 24. I feel like things will get back to normal and I will prove that I am one of the top heavyweights in the world.” 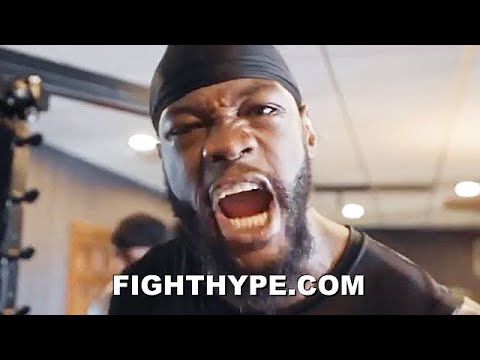 Anderson (9-0, 9 KOs) has not tasted the final bell as a professional, a dominant run that began with a first-round stoppage in his pro debut less than two years ago.

He has five first-round knockouts and became the breakout star of the MGM Grand Las Vegas Bubble, where he went 5-0. After closing out his Bubble run with a sixth-round knockout over Kingsley Ibeh, Anderson returned April 10 with a second-round blitzing of Jeremiah Karpency.

Anderson was Fury’s primary sparring partner for the Wilder rematch and will serve in the same capacity for the trilogy bout. Tereshkin (22-0-1, 12 KOs) a 6’6 southpaw, is a 14-year professional who has won 14 consecutive fights since the lone draw on his ledger.